Ready to move on. Adam Levine and his wife, Behati Prinsloo, are looking to the future after multiple women came forward last month claiming that the Maroon 5 frontman sent them inappropriate messages while married to the model.

“Adam and Behati are trying to put this mess behind them and focus on the more positive aspects of their life together,” a source exclusively reveals in the new issue of Us Weekly. “They feel extremely blessed to have this baby on the way.” 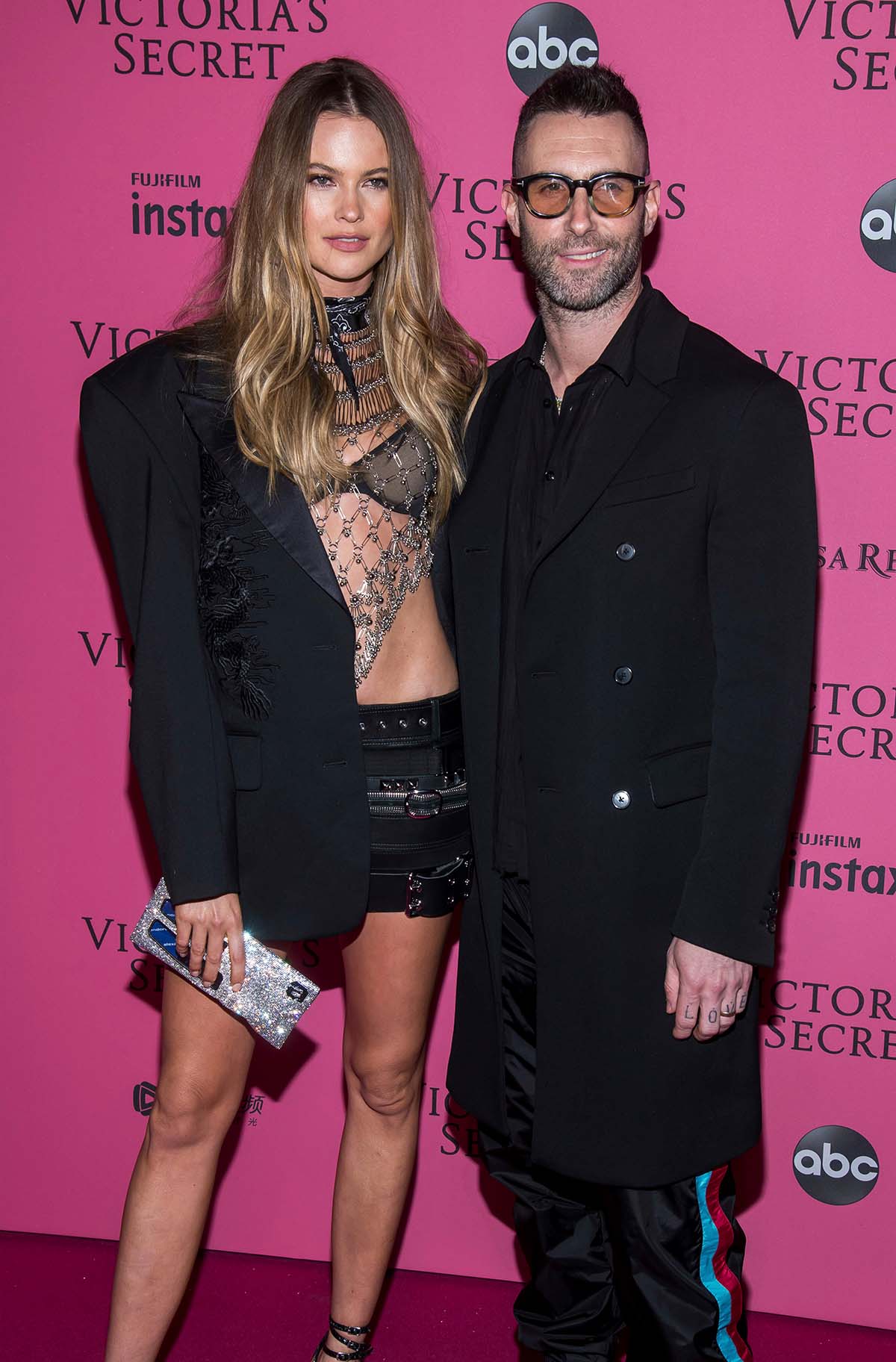 Prinsloo, 34, confirmed via Instagram last month that she and the “Payphone” singer, 43, are expecting their third child. “Recent,” she captioned a carousel of photos including a selfie showing off her growing baby bump.

Just four days after the Victoria’s Secret Angel’s pregnancy announcement, Instagram model Sumner Stroh posted a TikTok claiming that she and Levine were previously “seeing each other for about a year.”

The following day, the former Voice coach denied via Instagram Stories that an affair had taken place. However, he did admit he’d “crossed a line during a regrettable period in my life.”

“My wife and my family is all I care about in this world,” the “Moves Like Jagger” singer, who shares daughters Dusty Rose, 6, and Gio Grace, 4, with his wife, added. “To be this naive and stupid enough to risk the only thing that truly matters to me was the greatest mistake I could ever make. I will never make it again. I take full responsibility. We will get through it and we will get through it together.”

Though Prinsloo, who married Levine in 2014, has yet to comment publicly on the musician’s alleged infidelity after multiple women have shared flirty messages they purportedly received from the singer, she has shown her support for her husband in other ways. On Saturday, October 1, the Namibia native watched the Grammy Award winner perform with Maroon 5 in Las Vegas at their first show since the scandal broke. The band, who announced their Sin City residency last month, will be playing 16 shows in Vegas from March to August 2023.

“Adam’s extremely busy with his new Vegas stint and they’re just doing their best to be kind and patient with each other while they tough things out. It’s been a horrible time for them, Behati especially,” a source shared with Us.

Stroh, 23, for her part, issued an apology to Prinsloo via TikTok last month.

Celebrity Couples Who Stayed Together After Cheating Scandals

“I fully realize I’m not the victim in this. I’m not the one who’s really getting hurt here. It’s Behati and her children, and for that, I’m so, so sorry,” the social media personality said.

She added that she “was under the impression” that the model and the musician’s marriage was on the rocks. “In retrospect, I wish I would’ve questioned things more. I wish I wasn’t so naive. Being naive is not an excuse for what I did and the role I played in this,” she said.