Adam Levine showed off an enormous new tattoo on Tuesday that covers his entire left leg.

The Maroon 5 frontman’s latest design — Japanese-style waves that span from his upper thigh down to his ankle — was inked by tattoo artist Nathan Kostechko over the course of three days.

“Today was ouch but worth it,” Levine, 42, captioned a video of the process. He also joked it was the “most painful way to get a tan.”

Levine is completely covered in various large and small tattoos, including a large portrait of a siren holding a skull surrounded by crashing waves that spans his entire back and took six months to complete. 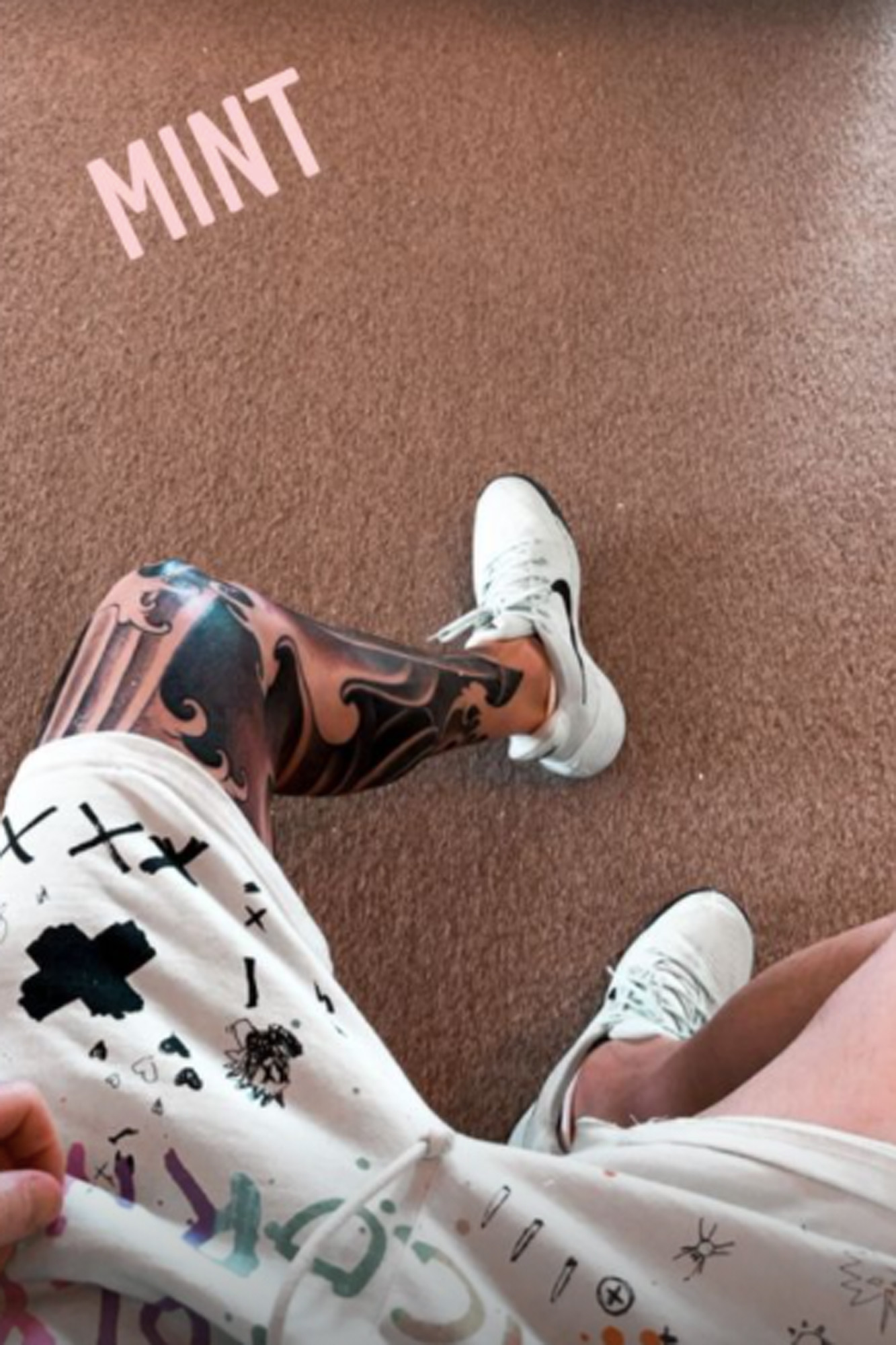 Wife Behati Prinsloo doesn’t have nearly as much ink, but the Victoria’s Secret model does have a few tats, including three dots on her left ring finger that accentuate her wedding band.