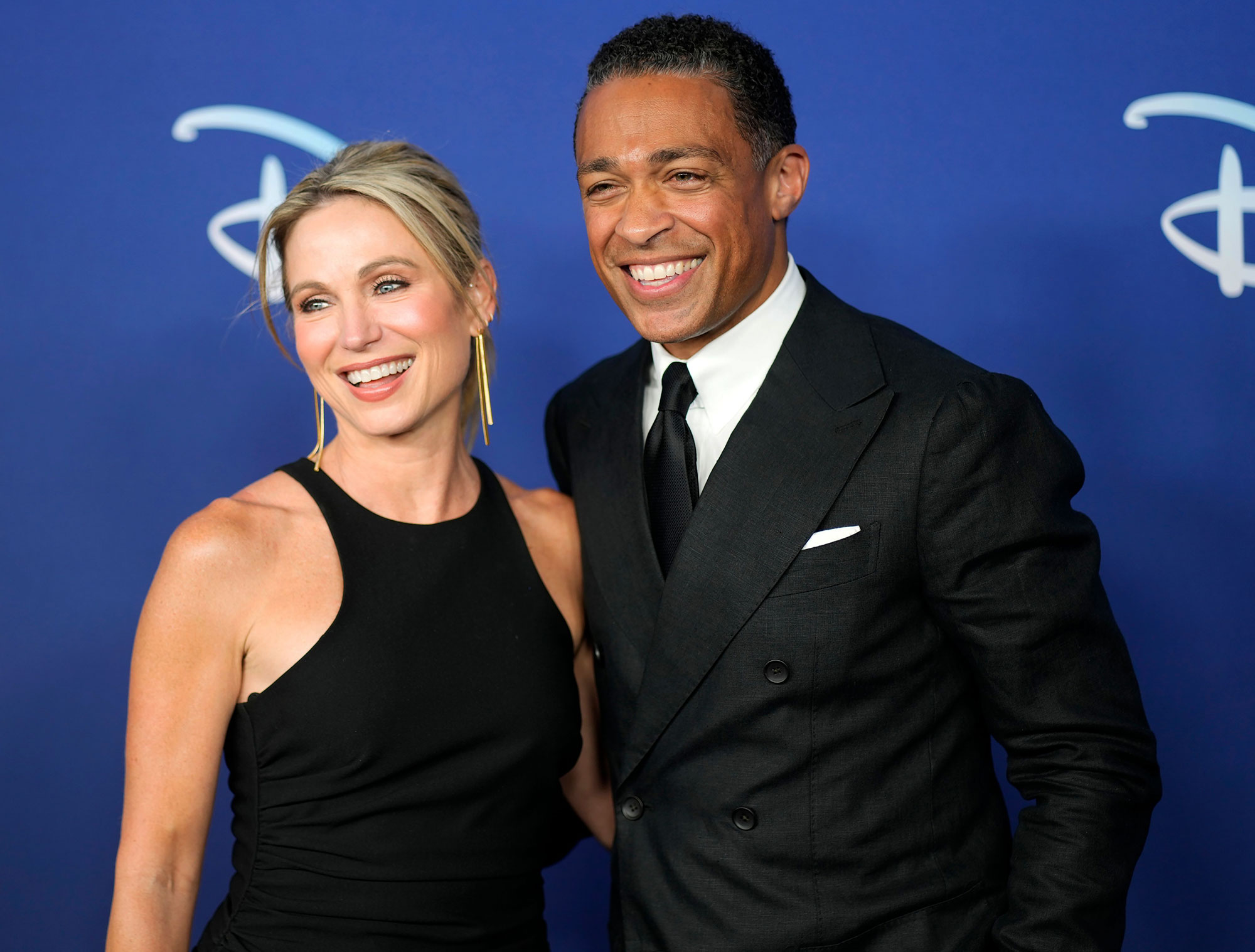 In photos obtained by Page Six, Robach, 49, left the New York City residence on Wednesday, January 4, wearing a navy blue puffer jacket, dark gray jeans and sunglasses. The Michigan native and Holmes, 45, are still suspended from GMA3 as ABC conducts an internal review of their relationship.

Earlier on Wednesday, Fiebig, 45, spoke out publicly for the first time since Holmes — who she wed in 2010 — filed for divorce last month amid his ongoing affair with Robach. The coworkers first sparked romance rumors in November, when photos of them getting cozy — including a snap of them holding hands — surfaced.

“During the holiday season and in light of the challenging times, Marilee’s sole focus has remained on the overall best interest of her 9-year-old daughter,” Fiebig’s lawyer Stephanie Lehman told Us Weekly in a statement. “To that end T.J.’s lawyer and I have been working together to move their divorce forward privately, expeditiously and as amicably as possible.”

The attorney continued: “Notwithstanding, we continue to be disappointed by T.J.’s lack of discretion, respect and sensitivity toward Marilee and the party’s daughter. Marilee has been touched by the outpouring of support and looks forward to a new beginning in this new year.” 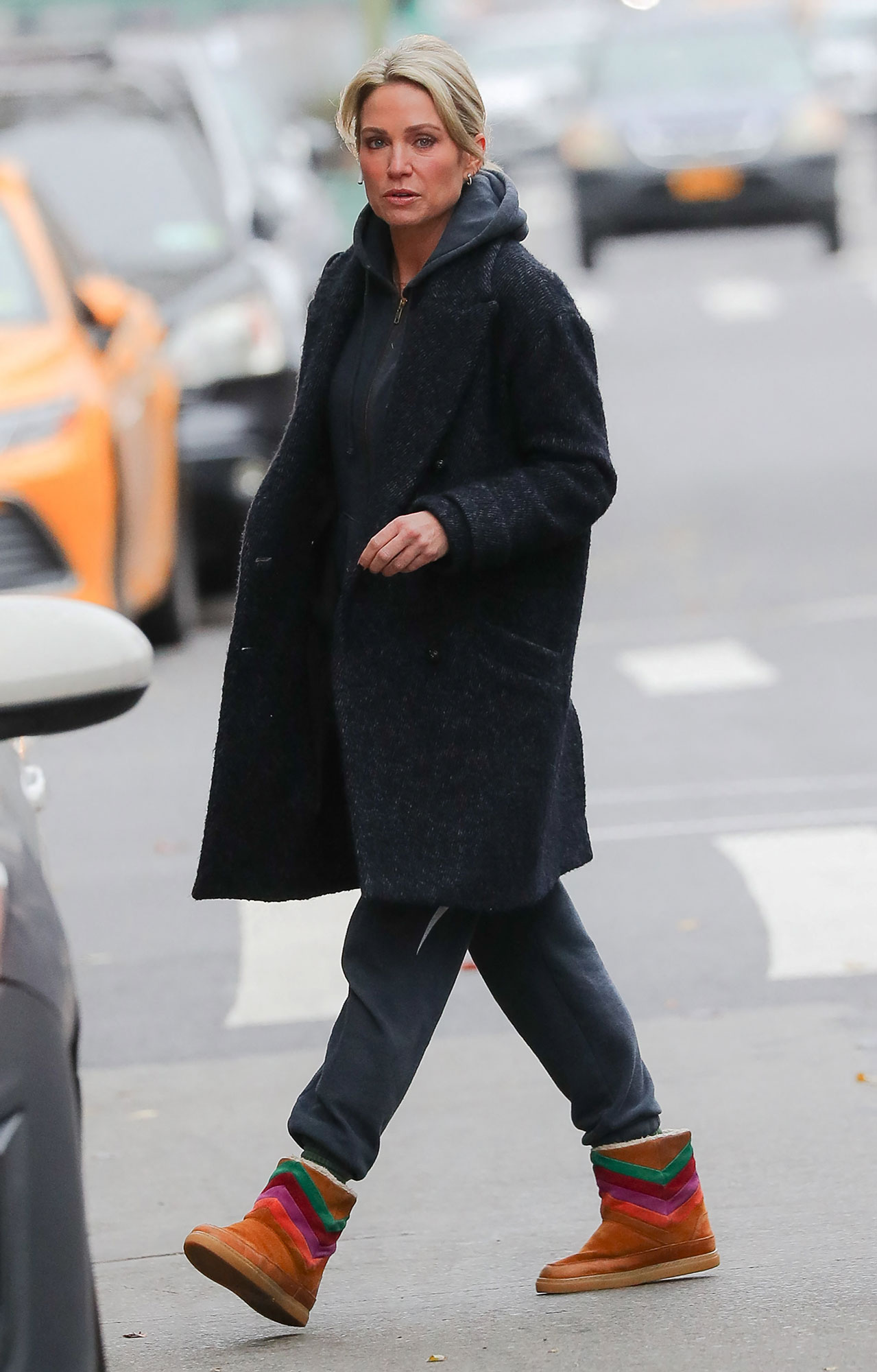 One day after Fiebig’s public statement, Holmes — who shares daughter Sabine with the Congo native — was spotted walking in New York City with a stern expression, donning a black overcoat and matching scarf and sweater.

Shortly before the exes went public with their decision to separate, the Chief Diversity Officer showed her support for Robach’s estranged husband, Andrew Shue, by “liking” an Instagram photo uploaded by the comedian’s son Nate last month. Shue, 55 — who wed Robach in 2010 — was pictured in the snap as were his sons Aidan and Wyatt, whom he shares with ex-wife Jennifer Hageney.

The Melrose Place alum, for his part, wiped all traces of Robach from his Instagram page after the photos of her cozying up to Holmes came to light in November 2022.

“[Andrew and his family] are distancing themselves from the situation [with Amy and T.J.,” a source exclusively told Us on Wednesday, noting that it would be “very surprising” if Shue ever made a public statement regarding the ABC personality’s affair.

Robach and Holmes, meanwhile, have been enjoying each other’s company throughout their suspension from the air. Last month, they were spotted passionately kissing in Miami. In November 2022, an insider told Us that the pair “always had a spark and their work trips away together brought them even closer.”

In addition to Sabine, Holmes is father to daughter Brianna and son Jaiden with ex-wife Amy Ferson, whom he divorced in 2007. Robach, for her part, shares daughters Ava and Annie with ex-husband Tim Macintosh, who she was married to from 1996 to 2008.