Anne Hathaway’s ex-boyfriend Raffaello Follieri claims she never spoke to him after he was arrested for fraud in 2008.

Raffaello Follieri opened up about their sudden split in a new interview, saying he “never” heard from the actress — whom he was dating at the time — once he was put into cuffs.

“That night Annie phoned me from Los Angeles where she was doing press,” he recalled to The Daily Mail. “We were on the phone for 10 minutes talking about when she might come home.

Page Six has reached out to Hathaway’s rep for comment.

The Oscar-winning actress and the Italian property developer dated for four years after meeting in 2004 through mutual friends at a dinner. Prosecutors accused Follieri of swindling up to $6 million from real estate investors while posing as a top Vatican official.

“Never, never, never,” he says of hearing from the 38-year-old “Ocean’s 8” actress. “I think she made a business decision. She decided saving her career was most important. I am not bitter. You can look in my eyes. I don’t have anger but I’ve been hurt.”

Follieri pleaded guilty and spent nearly five years behind bars. He was subsequently deported to Italy and banned from entering the US. 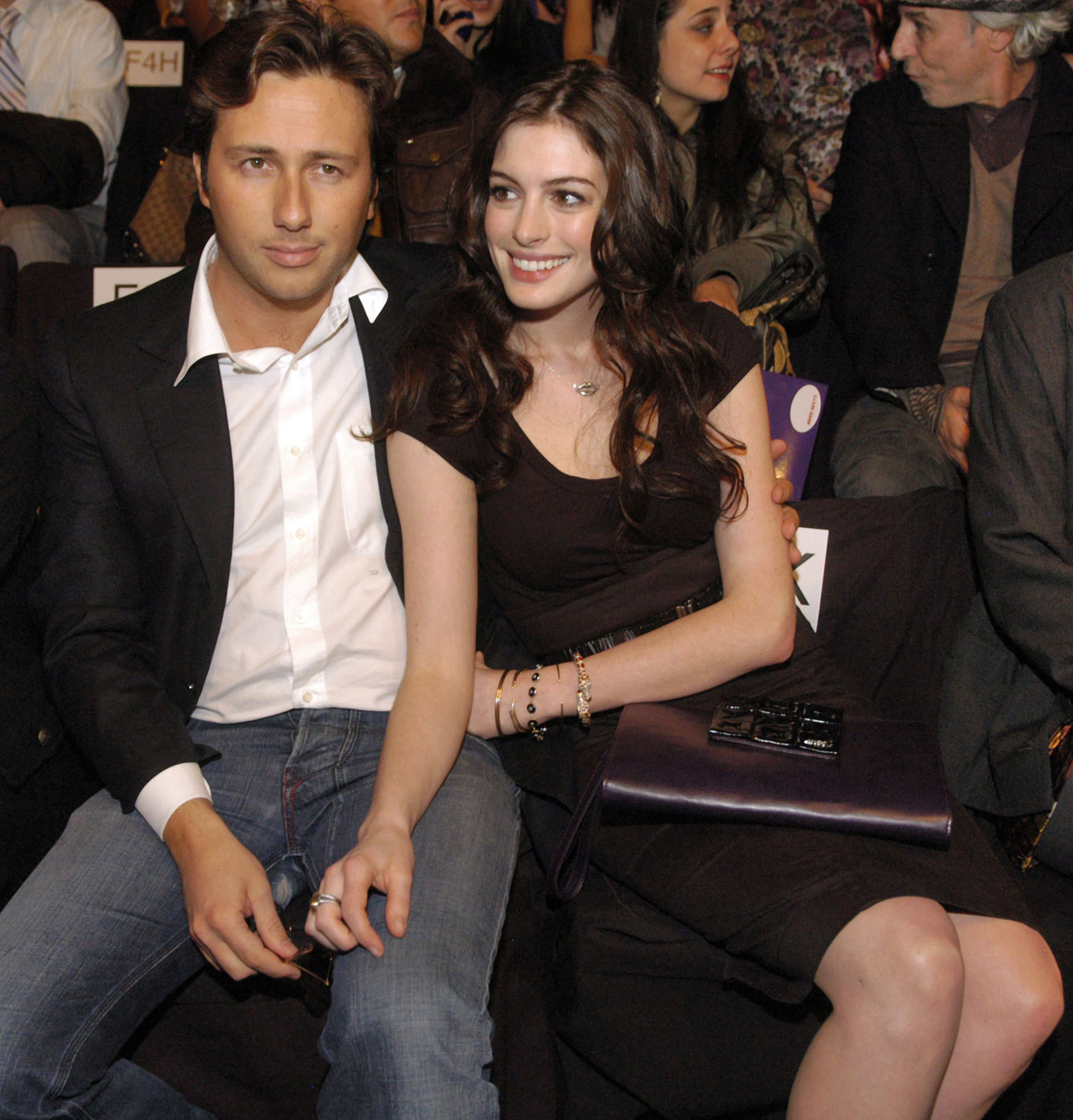 Shortly after his arrest, a poorly timed InStyle cover story with Hathaway was released and detailed her and Follieri’s romance and how happy she was that they were living together.

Friends of the star told Page Six at the time that she was “heartbroken” over the split.

She told W magazine a few months later that Follieri’s arrest was akin to having “the rug was pulled out from under me all of a sudden.”

“I’ve been shown such kindness,” she said, wiping away a tear. “Not everyone gets that. A lot of people go through tough times alone.”

She also threw herself into work, as she was promoting the flick “Get Smart” at the time, but did spent “a week in shock at a friend’s house” shortly after his arrest.

Follieri, 43, found love again with wife Konstantina. They have a 4-year-old daughter, Pasquale, and have another girl on the way.

Hathaway married Adam Shulman in 2012. They have two sons, Jonathan and Jack.