Jamie and Doug are giving Hollywood Life an EXCLUSIVE tour inside their Florida home before they downsize into an RV!

Jamie Otis and husband, Doug Hehner announced on Oct. 4 that they’re packing up their things and moving into an RV! But before the Married At First Sight alums downsize from their beautiful home, the married couple of seven years gave HollywoodLife an EXCLUSIVE tour of their Florida home.

Jamie, 35, and Doug, 37, have two kids — Henley, 3, Hendrix, 1. It’s been six years the pair lost their unborn son Johnathan Edward to a miscarriage. The loving parents planted a tree in their yard as a tribute to their son and shared their plans on what they’re going to do with it now that they’ve decided to move. 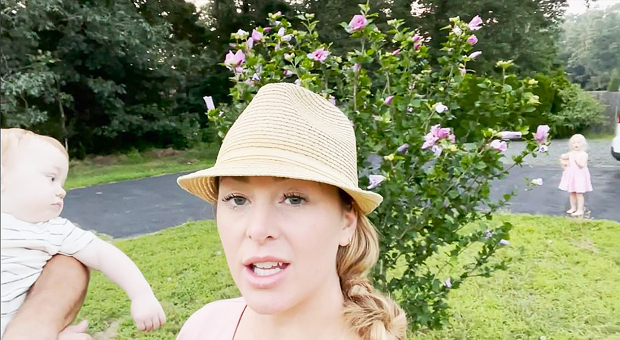 “This is a tree that we had planted for our first baby boy,” Jamie explained. “Johnathan in heaven,” Doug added. “Yeah. We also made this little stone in his memory. We are planning on moving soon to be closer to this dude’s family,” Jamie continued while pointing at Doug. 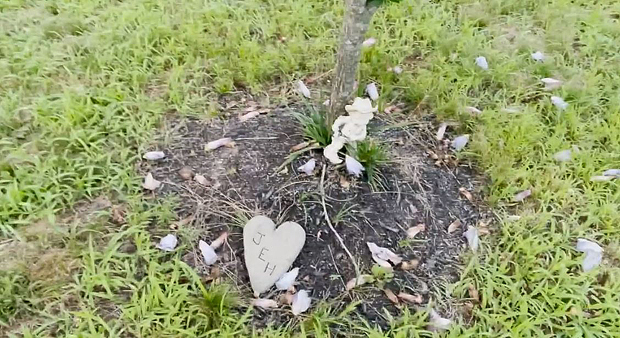 “We’re moving closer to the Hehner fam. And I am not even kidding you, I am going to get a landscaper to come and take this – it might seem like a tree or a shrub to somebody – but to me, it reminds me of our first-born baby and it’s in his memory so we’re going to literally take it with us. I told the realtor, ‘Can you make sure that whoever buys this house that they know this is not included?’” 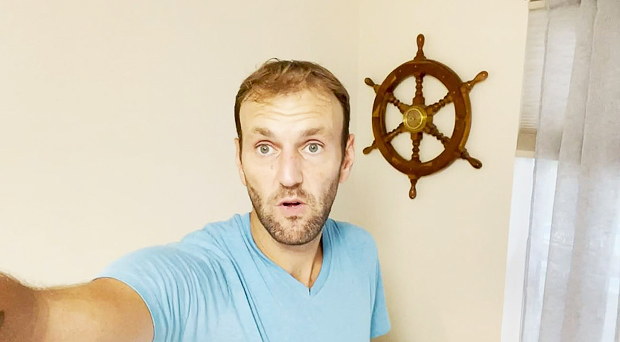 Next, the pair toured several rooms in their house before as Doug paused and shared the special sentiment behind a couple items. “There’s a few things that I’ve held onto for my whole entire life,” Doug said. “One is the steering wheel here. This was my grandpa Tyler’s. He kept it in his Cape Cod house. The clock doesn’t work but this thing will always go with me everywhere because it reminds me of him.” 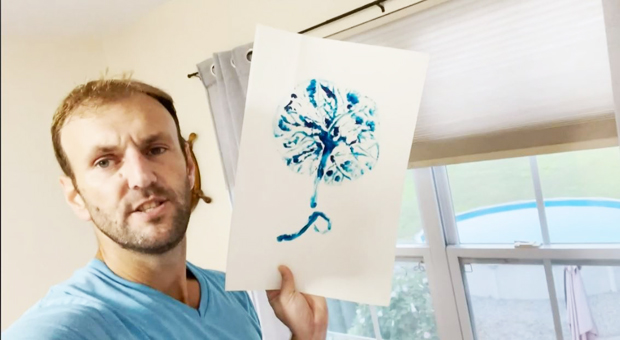 Then Doug showed off a meaningful piece of artwork. “In case you’re wondering what this is, Jamie calls it ‘The Tree of Life’. We had a home birth and it’s the placenta that came out from Hendrix. We sent it in and they do a Tree of Life painting out of it.”

Next, the father-of-two gave fans a glimpse of baby Hendrix’s room. “With Hendrix we wanted to go with a nautical theme so we have a little boat anchor. Something I love to do is go to the beach and collect shark teeth, sand glass, and cool shells,” Doug said.

Meanwhile Jamie and Doug, who tied the knot in March 2014, recently opened up about their marital issues and mental health. During a May episode of their Hot Marriage. Cool Parents. podcast, the reality star admitted she has “a really hard time trusting that everything [Doug] says is true.”

Five months later, Jamie and Doug are downsizing and moving into an RV while they work on their marriage. “We are moving our family of 4 into an RV and we are hoping that by decluttering & simplifying our lives we will be able to strengthen our marriage & focus on what’s most important in life: family & love,” she captioned an Instagram post on Oct. 4.