Aunt, 18, launches appeal to find a kind stranger swooped in to pay for a Peppa Pig toy her nephew, two, wanted when she had no money on her

An auntie said she ‘nearly cried’ when a kind-hearted stranger paid for a toy her two-year-old nephew was besotted with when she only brought enough cash for sun cream.

Rebecca Berry, 18, shared a picture on her Facebook page of a beaming Reggie clutching his new £11 Peppa Pig toy car.

The Manchester native, who was looking after Reggie and his brother Bobby, five, said the youngster hasn’t stopped playing with it since, and wants to find the man who bought it anonymously so she can thank him.

In a bid for the stranger to see how thankful she is, Rebecca took to Facebook in the hope that he may see her post – which has been shared nearly 3,000 times. 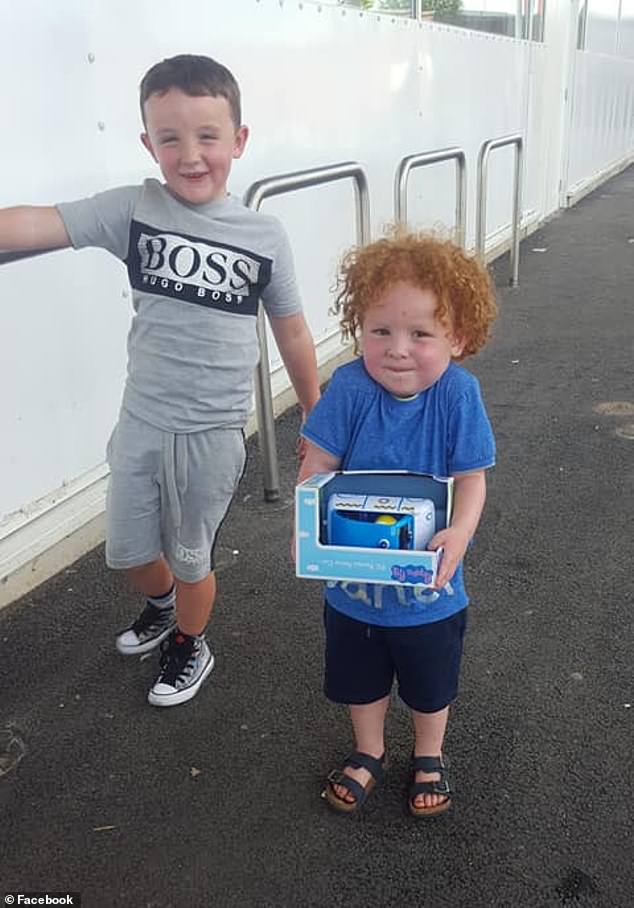 Rebecca Berry, 18, shared a picture on her Facebook page of a beaming Reggie clutching his new Peppa Pig toy car outside the Tesco in Manchester beside his brother, five-year-old Bobby

She told Manchester Evening News that the man had saw Reggie begging her to buy the toy and as they headed to the check out he bought it and took it to a security guard with the receipt, and told them to give it to the unexpectant group.

Rebecca only brought enough cash for sun cream when she was in a Tesco in Failsworth, Greater Manchester during last Thursday’s heat wave.

After her young nephew began pleading for the toy he set his eyes upon, Rebecca told him they’d have to come back a different time to the £11 item.

A shopper saw the youngster pleading for the toy and made the kind gesture. 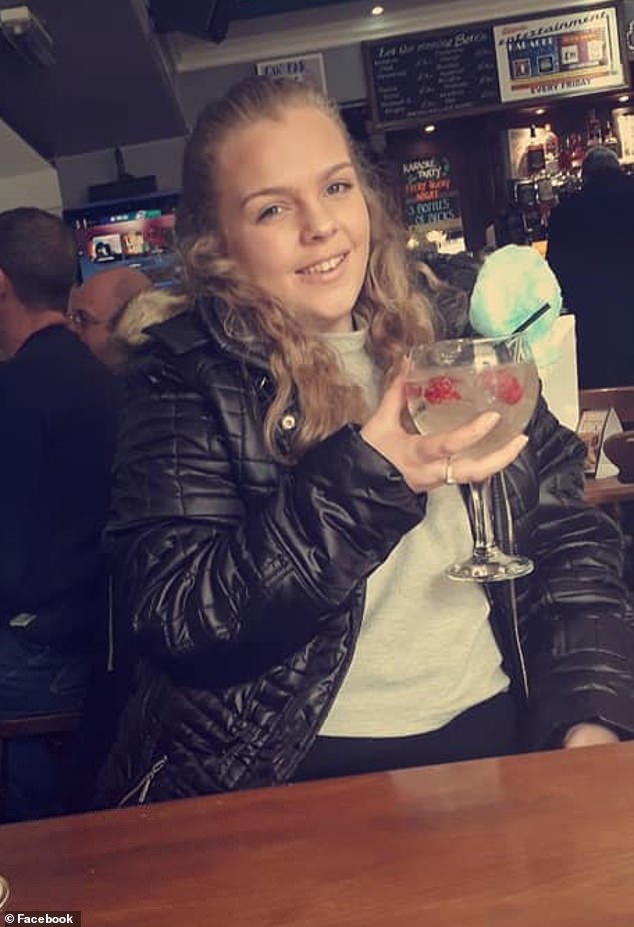 ‘I nearly cried,’ Rebecca (pictured) said after a security guard handed her the toy and receipt

‘The man wanted to stay anonymous so I wasn’t able to say how thankful we were to him.

‘Reggie was so happy, he absolutely loves Peppa Pig and hasn’t stopped playing with the car since. It wasn’t expected at all and was such a nice thing to do.

‘I’d like to find the man to thank him,’ Rebecca added. ‘I just want him to know that we are really grateful. He made us all so happy.’ 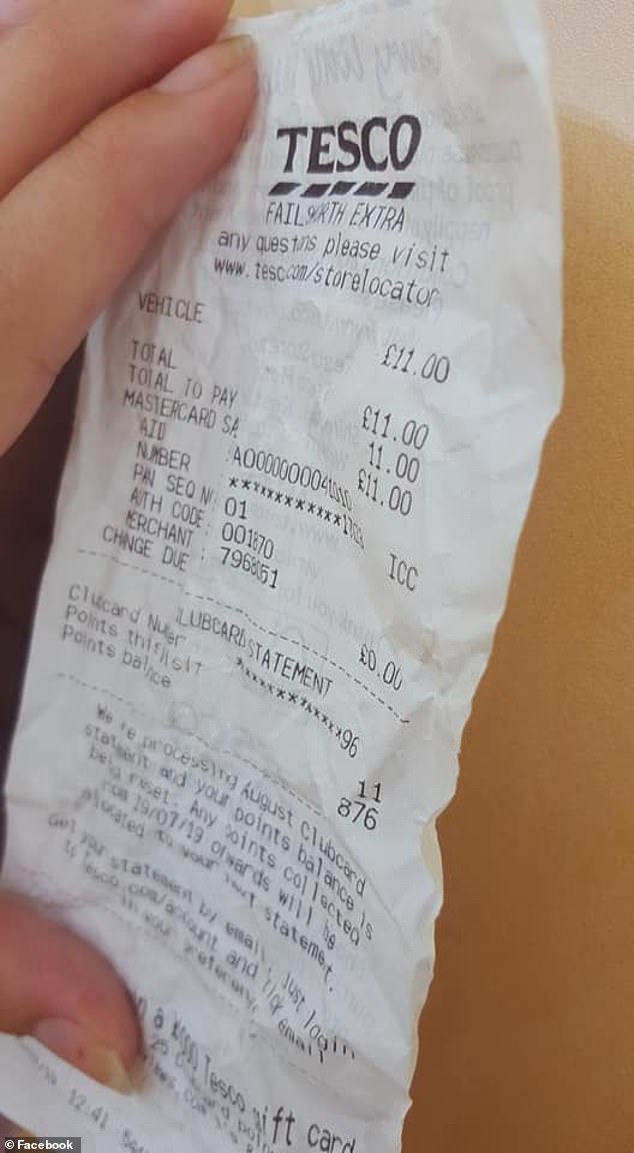 ‘I’d like to find the man to thank him,’ Rebecca said. Pictured is the receipt for the £11 purchase

Writing on Facebook, she said: ‘Today I was in Tesco (failsworth) with my 2 nephews and my youngest nephew (2 nearly 3) wanted a toy we didn’t have enough for as I only brought out money to get Sun cream.

‘He finally got over that we can’t afford the toy till another day so off we went to the aisle to get sun cream and then the security of Tesco came over and handed me the toy Reggie wanted and the receipt.

‘They said a man has paid for it who doesn’t want to be named, so I couldn’t even say how thankful I was, I was soo tearful.

‘Feel free to share! I hope the power of Facebook will get to this man so he knows how thankful I am.’

Reacting to the post, people were quick to praise the man’s act. Betty Mcewan said: ‘Still some lovely people out there god bless you sir.’