Ms Leifer will have 60 days to surrender to Australian authorities once she formally confirms she will not challenge the latest decision in Israel’s Supreme Court to send her back to Australia. 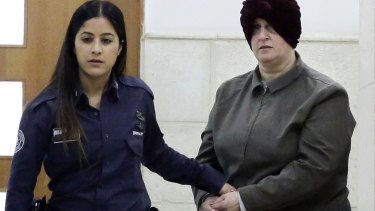 Israel’s Justice Minister Avi Nissenkorn said on Wednesday that it was Israel’s “moral responsibility” to extradite Leifer shortly after signing the order to extradite the former Melbourne school principal to Australia.

Mr Nissenkorn signed the order a day after Israel’s Supreme Court rejected what appears to be Leifer’s final appeal.

“Ms Leifer is wanted to stand trial in Victoria on 74 counts of child sexual abuse,” he said. “These are extremely serious allegations which should be heard within the Victorian judicial system. After many years, it now appears that is close to becoming a reality.”

Ms Leifer, 53, faces 74 counts of sexual assault in Victoria related to accusations by three sisters who say they were abused while she was a teacher and principal at the ultra-Orthodox Adass Israel School in Melbourne.

Foreign Minister Marise Payne welcomed the fact that the Australian legal system was now close to hearing the case.

“My thoughts this morning remain with the alleged victims, including Dassi Erlich, Nicole Meyer, Elly Sapper, who have mounted a determined campaign to ensure that the allegations against Ms Leifer are heard by the Australian legal system,” Senator Payne said.

“They have shown enormous patience and resolve. I hope these developments overnight give them confidence that this chapter in the long-running and difficult process is drawing to a close, and the charges against Malka Leifer can soon be heard in Australia.”

Mr Porter and Senator Payne said although there were still potential legal steps open to Ms Leifer’s legal team in Israel, they were heartened by reports that they would not be challenging the extradition order.

Labor MP Josh Burns, whose Melbourne electorate of Macnamara takes in Leifer’s former school, said “it’s done. The years of frustration and delays are over”.

“After 74 court hearings, Leifer will face the 74 counts of child sex abuse,” he said.

“And the incredible Dassi, Nicole and Elly will finally have their day in court.”

Neither Israel and Australia have provided an exact timeframe for when Ms Leifer will return to Australia because the final legal steps need to be approved.

Once that is finalised, authorities in both countries will begin the work of organising her surrender to Australian authorities for her return to the country. Surrender is required within 60 days of the conclusion of all formal Israeli legal processes.

Ms Leifer maintains her innocence and has been fighting extradition from Israel since 2014.