Michelle Young and Nayte Olukoya will be moving in together “very soon” thanks to some help from “The Bachelorette” producers.

The Season 18 lead and her fiancé were gifted $200,000 during Tuesday’s “After the Final Rose” special, to put toward a down payment on a house in her home state of Minnesota.

When host Kaitlyn Bristowe asked Olukoya about the couple’s future plans and living together, he replied, “We’re not waiting.”

“There’s no reason to wait with Michelle,” the Texas-based account executive explained, adding, “Let’s do this!”

Once the lovebirds revealed they were house hunting – and that their Zillow notifications have been “crazy” – Young, 28, and Olukoya, 27, were presented with a gingerbread house with the generous check inside.

“That right there is from us in the Bachelor family,” Bristowe, 36, said. “And that is — I’m going to cry — that’s a down payment on your first home together.” 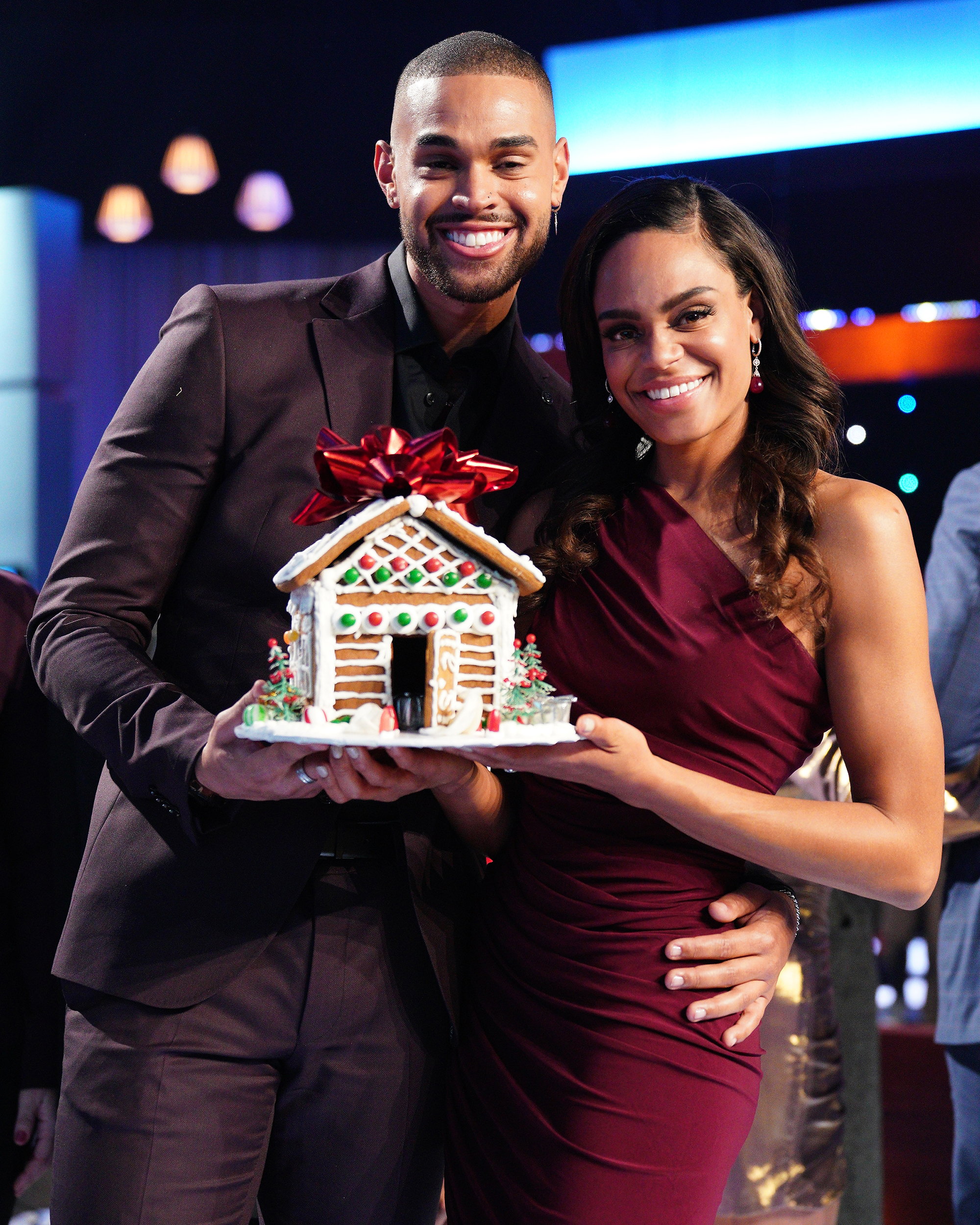 Before accepting her now-fiancé’s proposal, Young had to send runner-up Brandon Jones home during the Season 18 finale of “The Bachelorette.”

Jones, 27, admitted that he would “always love Michelle” moments before reuniting with her for the first time since their breakup during the “After the Final Rose” special. 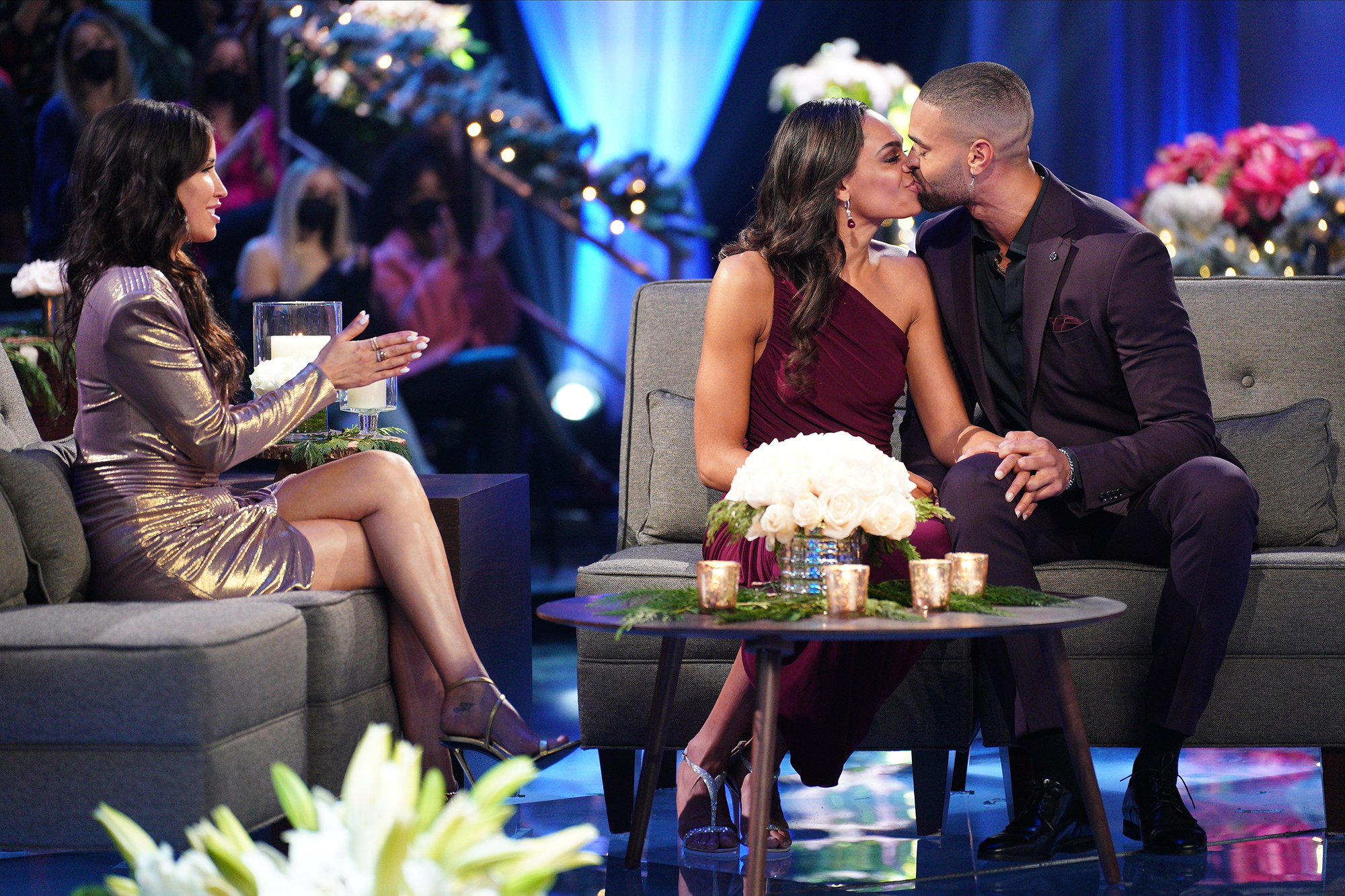 “Unfortunately, I don’t think that it would be respectful to love her in that manner anymore. You know, I want her and Nayte to truly be happy,” he clarified.

“But yeah, I mean, I meant what I said: I will love her, I will always care for her, and I’ll always put her first.” 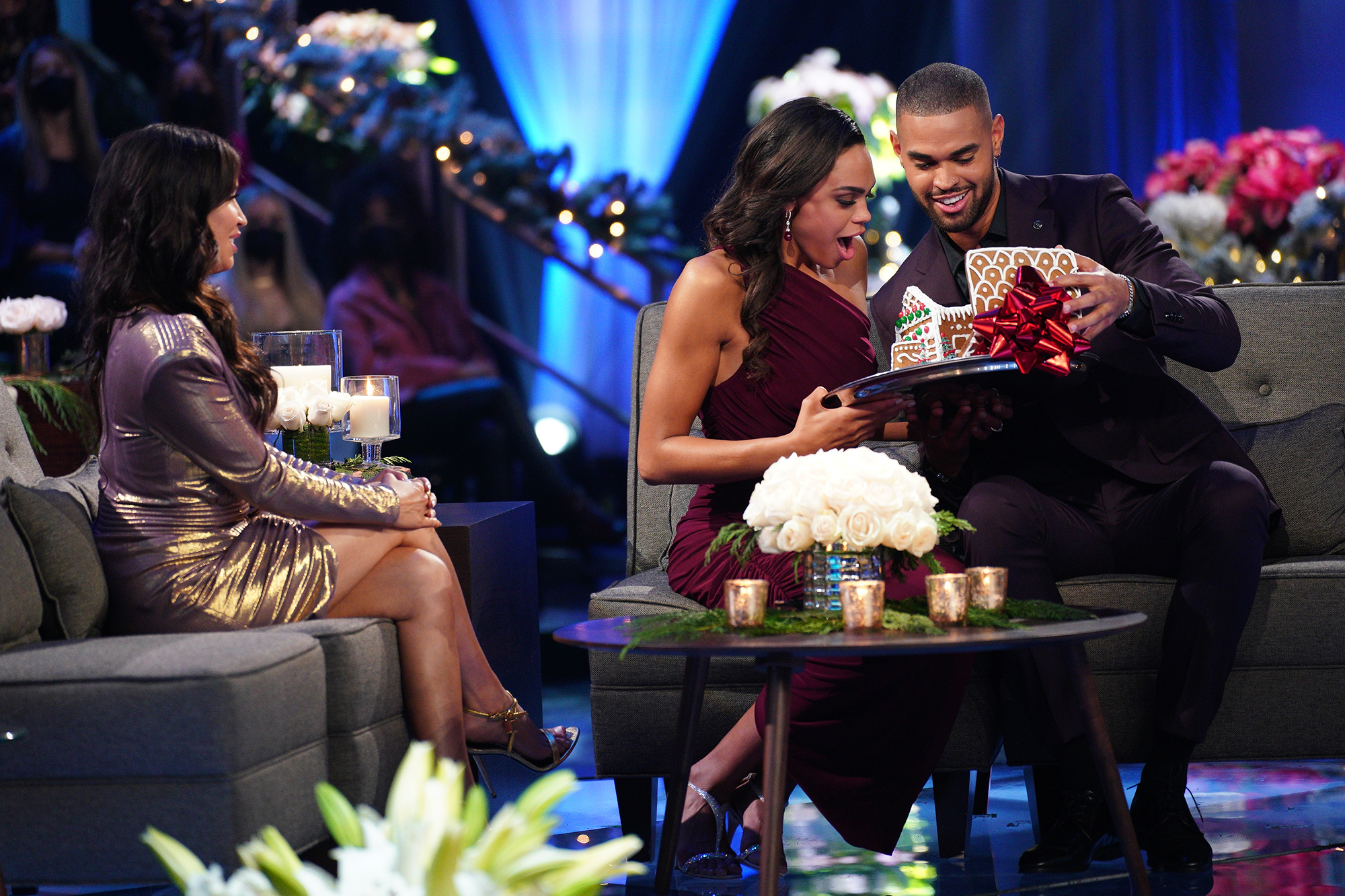 Young, who first appeared on Matt James’ season of “The Bachelor,” said choosing between two men she was in love with was the “hardest” decision she’s ever had to make. However, she ultimately knew Olukoya was her “soulmate.”

“Nayte, from the moment you stepped out of the limo, I felt that there was a connection,” she said prior to the proposal. “It was this kinetic moment where I was feeling things that I didn’t even really know it was possible to feel.”