BARCLAYARD customers have been locked out of their accounts after the bank's website and app has run into technical difficulties.

Problems started from around 9am this morning, according to complaints tracker Downdetector, with outages spiking around 12pm onwards. 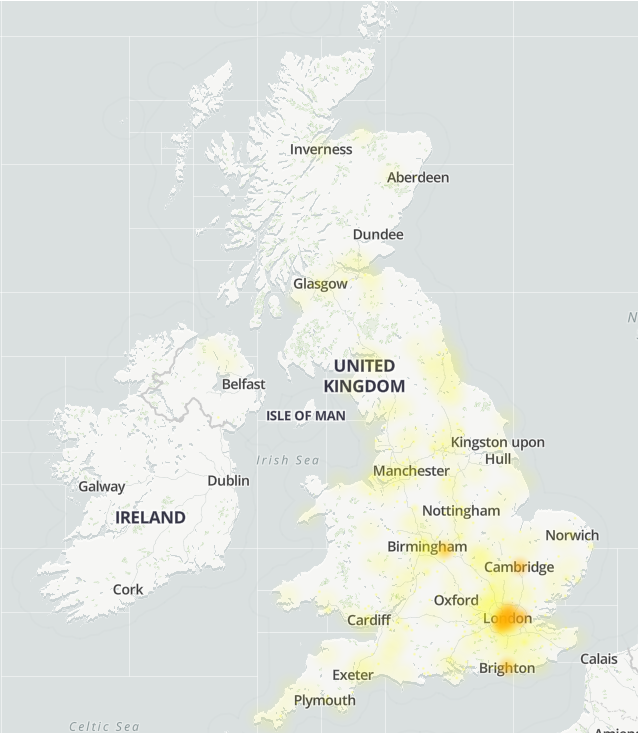 Areas most affected appear to be London, Birmingham, Brighton and Cambridge.

Barclaycard has over 10 million customers, according to its website.

Customers have been slamming the bank on social media for the outages, claiming that they have been locked out of their accounts.

From complaints The Sun has spotted on Twitter, it appears that there are issues with both Barclaycard's website and app.

One customer said the Barclaycard website was "incredibly slow" and said he was having issues logging into his account.

Another tweeted he couldn't make a payment, while another unhappy customer said the Barclaycard app was "completely unusable". 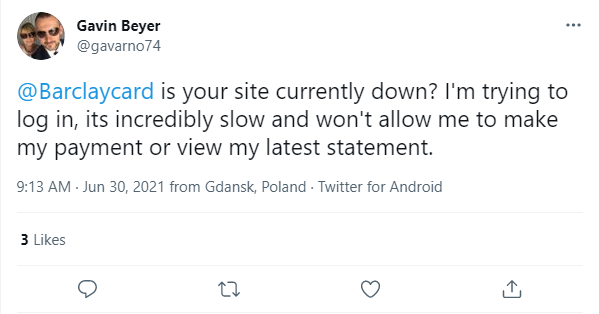 Barclaycard has been replying to customer complaints on Twitter, confirming that there are issues with its online banking service.

In one tweet, it stated that its tech team is working "super hard" to get the problems fixed.

If you're struggling to get into your Barclaycard account, you can check the bank's website to get the latest service update in your area.

What to do if you can’t access your money

If you can’t access your money and you need to urgently, here’s what to do:

Barclaycard hasn't confirmed why it has been having trouble with its online banking service, or when the issues will be resolved.

It also hasn't confirmed whether customers will be eligible for compensation if they incurred bank charges or fees as a result of the outages.

We've asked for more information, and we will update you as soon as we know more.

Barclaycard, which cut its credit card limits for thousands of customers earlier this year, is not the only bank which has been struck by technical issues recently.

Thousands of Santander customers were unable to use mobile or internet banking services last month following a major outage.

Customers said they had payments rejected in supermarkets and said even Santander's telephone banking service was down.

Santander said no customer would be  left “out of pocket” due to the disruption over the weekend if they incurred costs as a result of the service issues.

TSB's website and app also went down in January this year.

The bank, which has 3.8million current account holders, said there were "intermittent" issues with internet and mobile banking, leaving thousands locked out of their accounts.

Thousands of Barclays customers are to get up to £100 compensation after a cashback error.

We explain how to use your credit card if you’ve been financially affected by Covid-19.

Here's how to find the best credit card deals.