Brad Pitt is having a bloody good time.

The movie star was spotted looking bruised and gory while filming a scene in Los Angeles Tuesday for his new movie “Bullet Train,” in which he plays a deadly assassin alongside co-star Joey King.

Pitt, 57, was seen wearing dark slacks and a dirtied white T-shirt as fake blood covered his arms and knuckles. 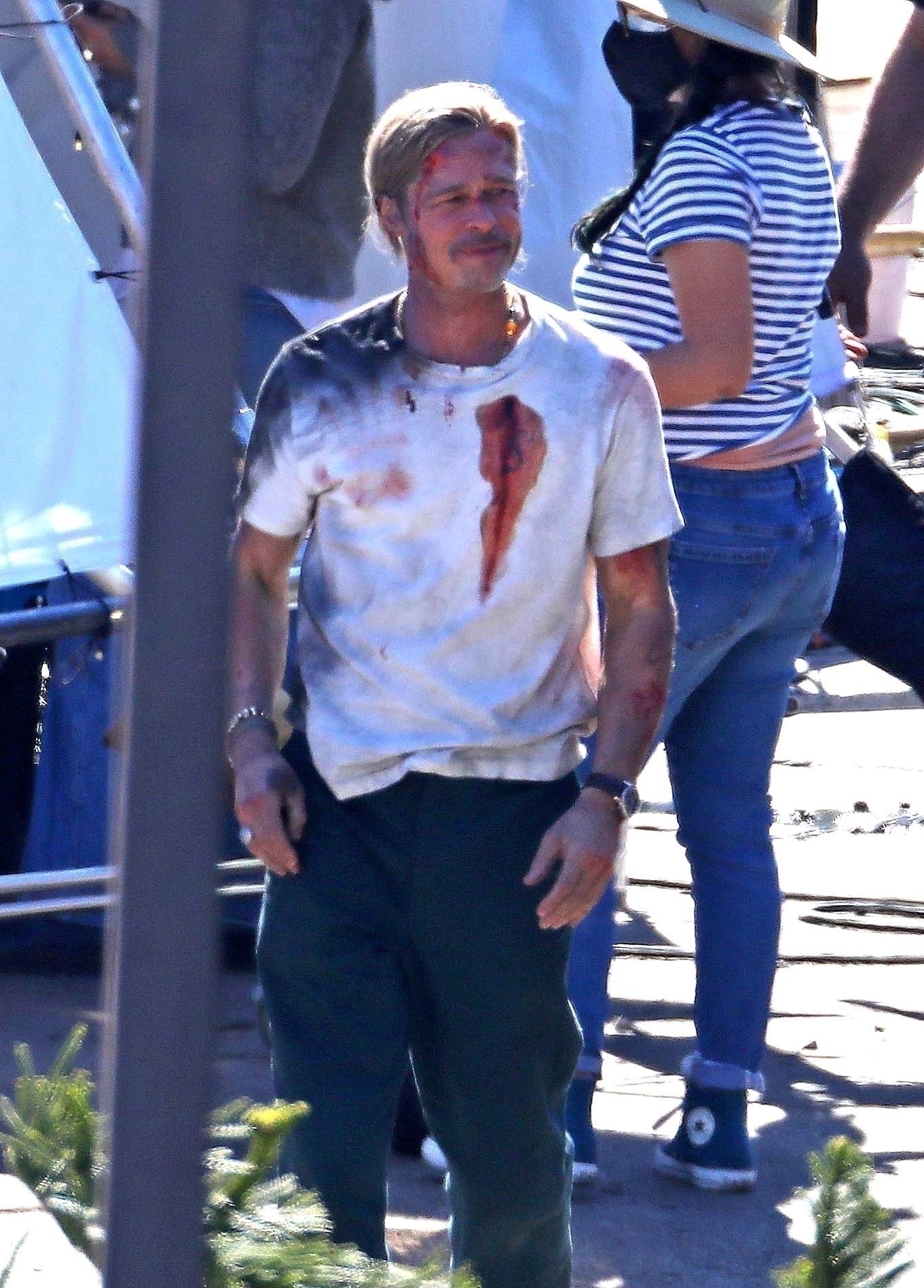 The “Once Upon a Time in…Hollywood” actor was later seen wearing a plastic face shield, presumably as a way of protecting against the spread of COVID-19. 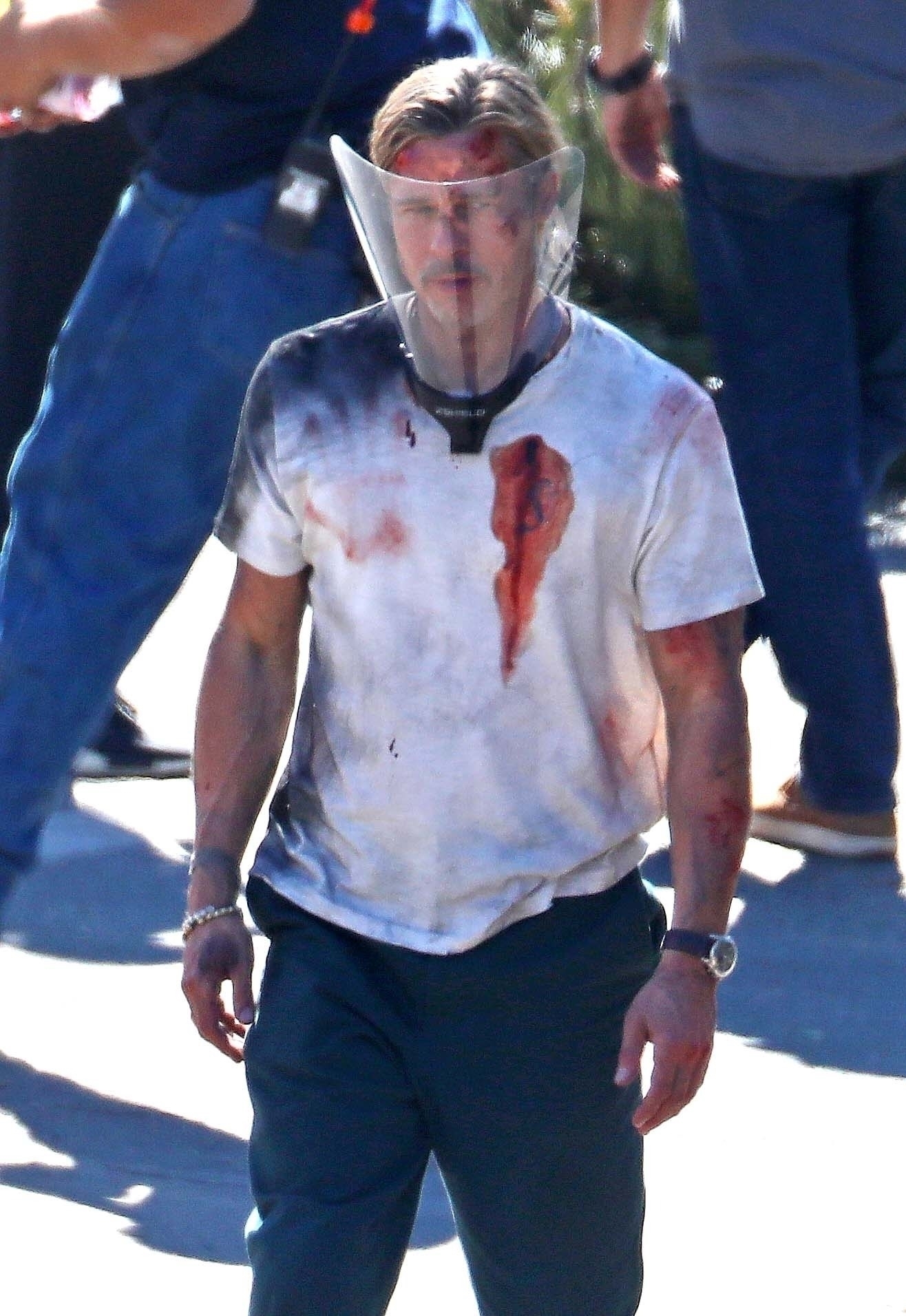 Keeping up with pandemic guidelines seemed a priority for the star, who was also seen covering his mouth and nose with his shirt while making his way across the set. 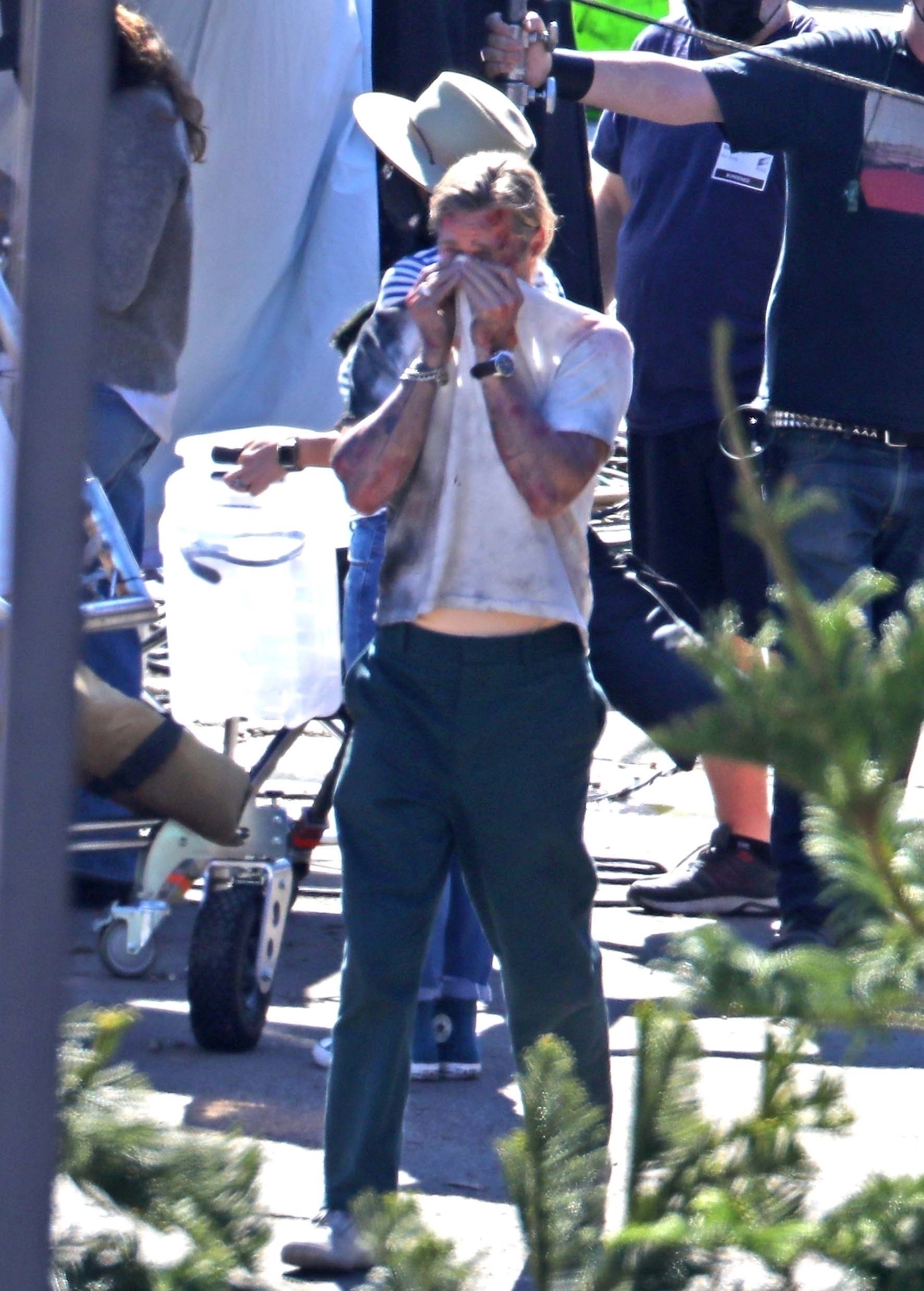 Meanwhile King, 21, was also seen masked up to keep in line with COVID-19 precautions. 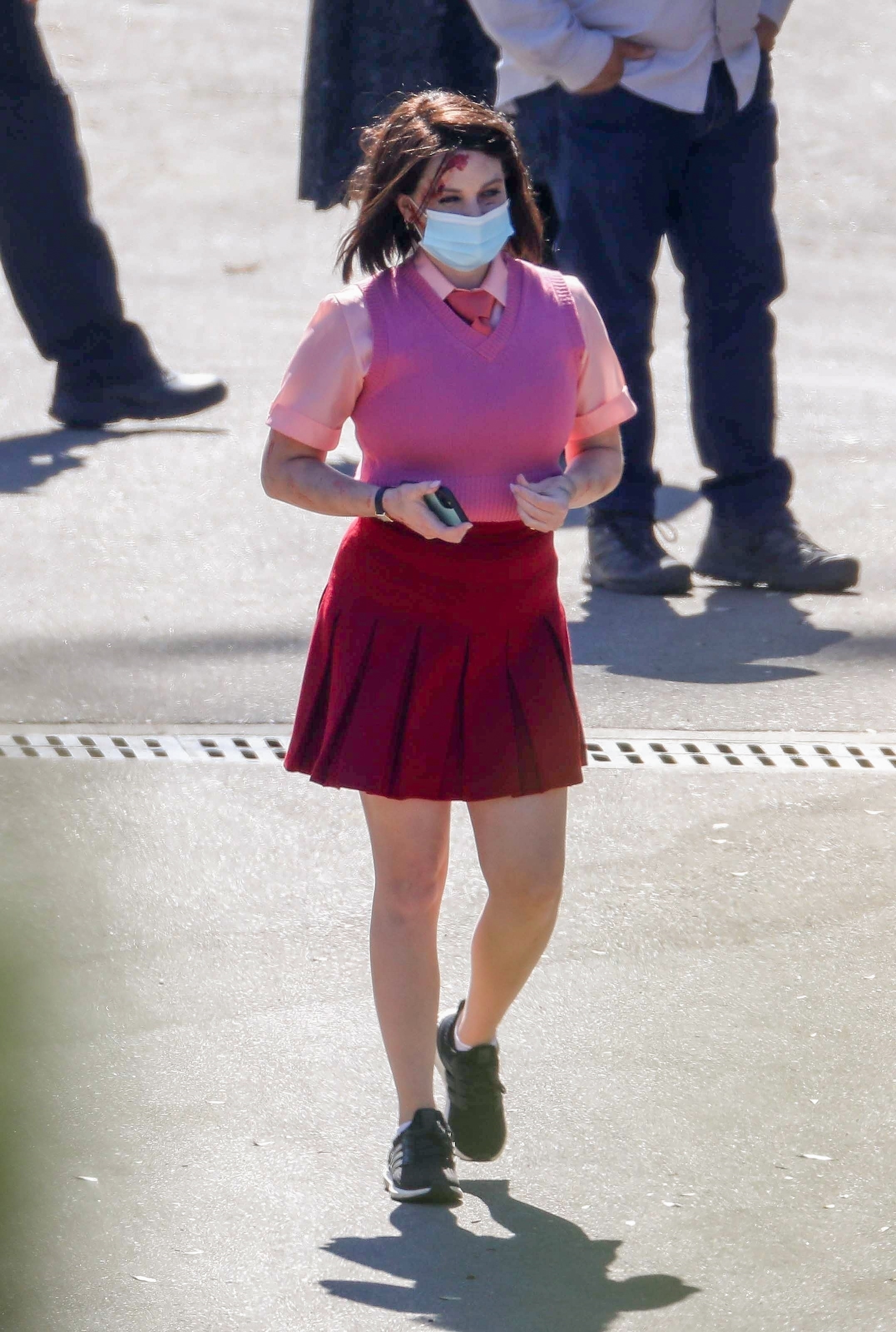 In the film, several assassins end up on the same train with separate missions that may end up being connected. King’s character reportedly tries to kill Pitt’s character, according to Forbes, which explains all the blood. 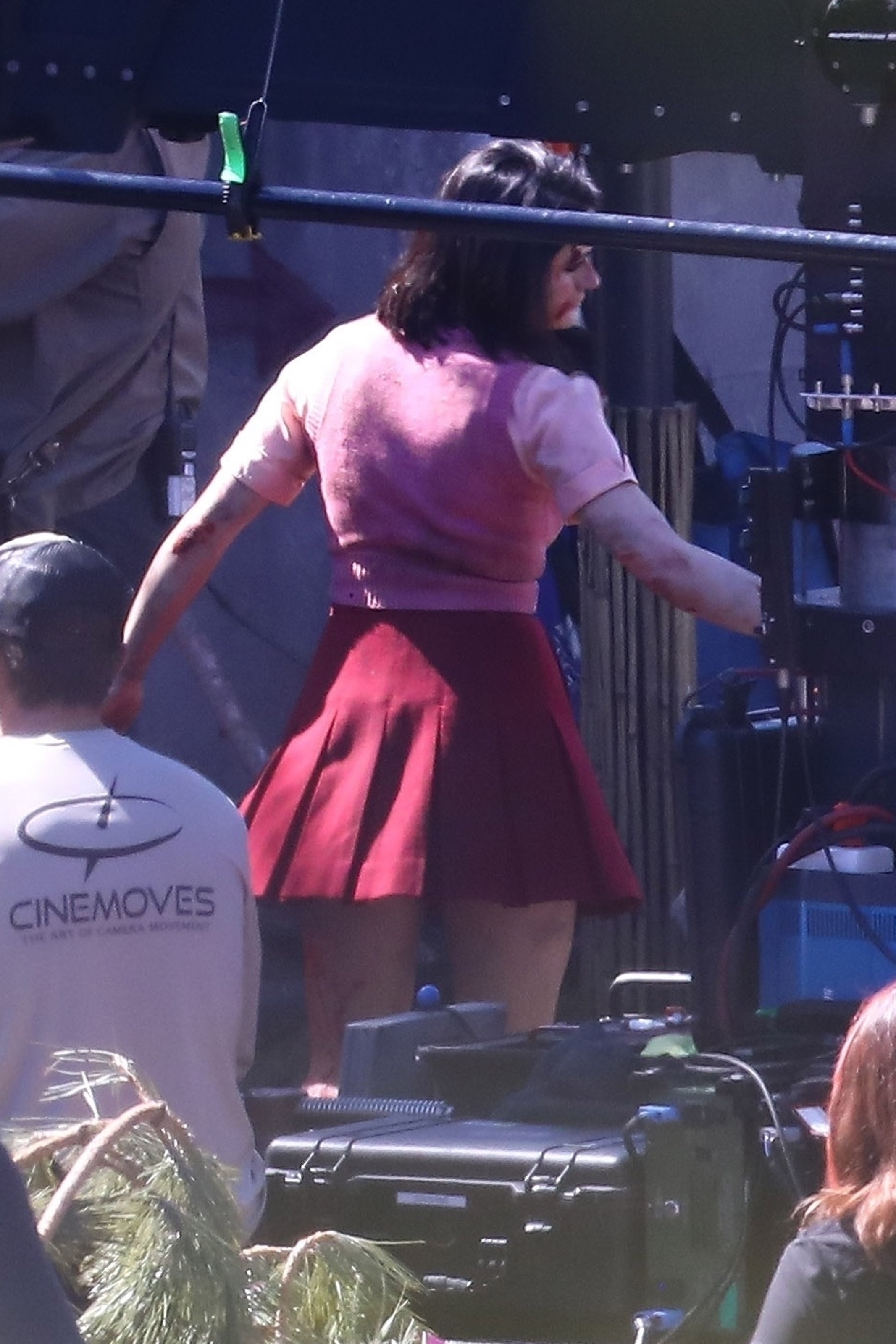 “Bullet Train,” directed by David Leitch, was written by Zak Olkewicz and is based on Kotaro Isaka’s best-selling Japanese novel “Maria Beetle.”