“I’m thrilled to extend my relationship with Food Network and Discovery,” Flay said in a statement on Monday, November 22, announcing his return to the Food Network following reports earlier this year that he was leaving. “Although these talks to renew took a little longer than expected, the important thing is that both sides are happy that we can now build on an already rock solid foundation.”

The celebrity chef’s three-year deal includes new episodes of Beat Bobby Flay for the Food Network and programing elsewhere within the Discovery portfolio, according to a press release. Flay will also launch a new series, Bobby and Sophie on the Coast, alongside his daughter, Sophie, in 2022.

“Stay tuned for some incredibly exciting new shows as I promise to take food and cooking to places we’ve never imagined before,” Flay added.

Kitchen’s closed. Bobby Flay is cutting ties with the Food Network after nearly 30 years on the channel.

Shocking TV Exits Through the Years

The 56-year-old celebrity chef had been working on putting together a new contract with the network, according to a Variety report published on October 7. Flay’s current three-year contract is set to expire at the end of the year, but negotiations to re-up won’t continue, per the outlet.

The Gato owner got his start on the Food Network in 1994, quickly becoming a household name. He’s been the face of several popular series, including Beat Bobby Flay, Grillin’ and Chillin’ and Brunch at Bobby’s, with a total of 16 shows and specials under his belt. The New Yorker has also served as a judge on The Next Food Network Star and The Next Iron Chef. 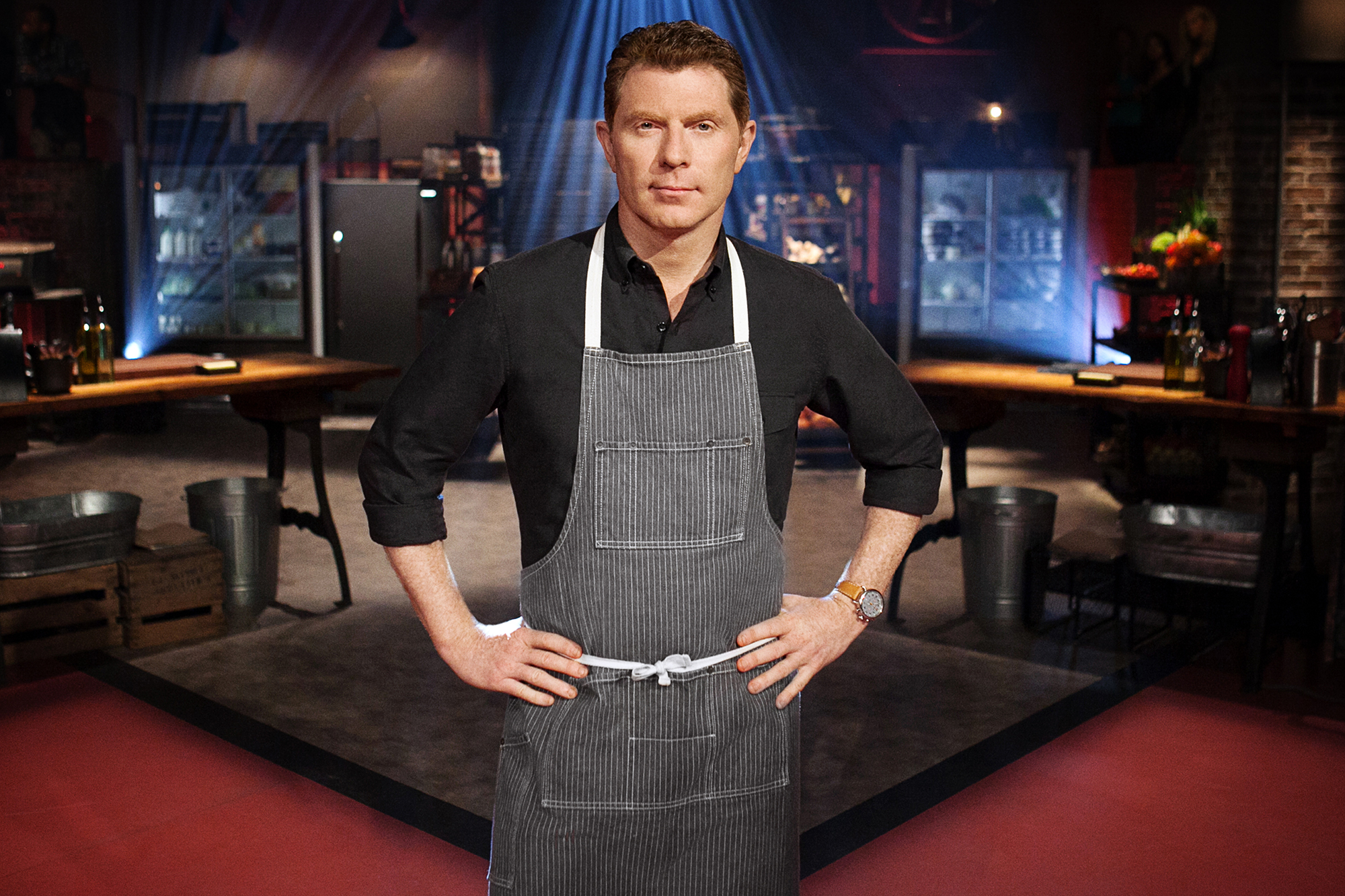 In 2017, Flay shocked plenty of foodies when he stepped down from his role on Iron Chef America. The following year, he opened up about how filming the cooking competition was taking a toll on him.

“I’ve done over 100 Iron Chef competitions, and frankly they are exhausting. They are exhausting physically but, even more so, they are exhausting emotionally,” he admitted during the 2018 South Beach Wine & Food Festival. “When I do a season, I do between 6 and 8 [battles] in a week and it crushes me because it’s 60 minutes of pure energy, creativity and execution. And so at some point I was like, ‘I’ve been doing this for a long time and I want to go out on a high note.’”

When he left the long-running series, the Bobby Flay Cooks American author reportedly shed his white chef’s coat to reveal a shirt underneath that read, “This is my last Iron Chef battle ever.” The move didn’t go over as well as he’d hoped.

“The network was not thrilled,” he joked at the 2018 festival. “I thought it would be good TV. They didn’t think of it that way, and that’s obviously their prerogative.”

At the time, the Bobby’s Burger Palace owner noted that he wanted to see some fresh faces on the network, adding, “I think that Iron Chef is a great place for new and younger people to come on and start taking the reins. How many times do you want to watch Bobby Flay do Iron Chef?”

The Worst Cooks in America coach has yet to publicly comment on his departure. Earlier this year, he launched the “Always Hungry” podcast with his 25-year-old daughter, Sophie, whom he shares with ex-wife Kate Connelly. Flay was also married to Stephanie March for 10 years before the duo finalized their divorce in 2015.