Bodybuilder, 31, who trains every day reveals it’s almost impossible to find clothes that fit her because her muscular bottom ‘hangs out’

A woman who follows an intense workout and diet regime in the hopes of achieving the world’s highest bodybuilding title, has revealed her muscular body shape makes it difficult to find clothes that fit properly.

Brittany ‘Flex’ Watts, 31, who lives in Fort Lauderdale, allowed Truly to document her training in the last few days leading up to the Miss Olympia competition 2020.

The IFBB women’s physique bodybuilder who finished 13th in the 2019 competition, explained not having a physique like other women makes it a struggle to purchase clothes.

‘Due to the fact that i’m not built like your typical woman, fashion is kind of hard for my body type now. It’s a challenge,’ Brittany said. 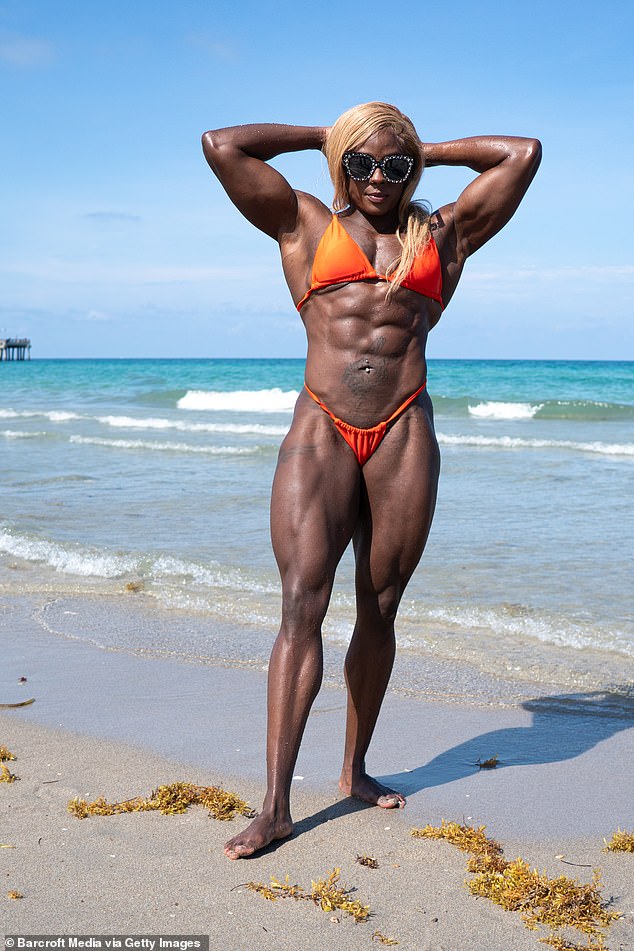 Brittany revealed she would struggle to wear certain styles of shorts because of her bottom, saying: ‘Because of my legs and my butt, the way these would sit on me all of my cheeks would be out.

‘Here in Florida, that’s fine for some people, but mama Teresa would not be okay with all of that hanging out.

‘I find it most difficult probably to shop for bottoms because my waist is so small. When I put clothes on I find that if it fits in my legs, it doesn’t fit in the waist.’ 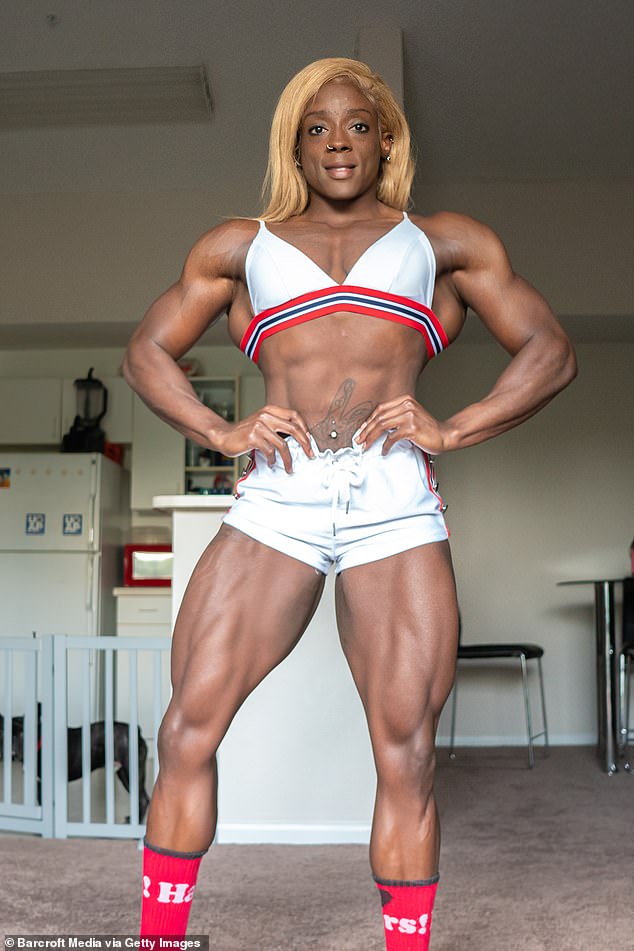 Brittany said in the last week before Miss Olympia, she doesn’t rest, eats minimal food and avoids all carbohydrates.

‘The competition is super important, it’s like the super bowl of bodybuilding. So food is low and carbs are zero.

‘You’re going to suffer alright, it’s not for the weak minded,’ she said. 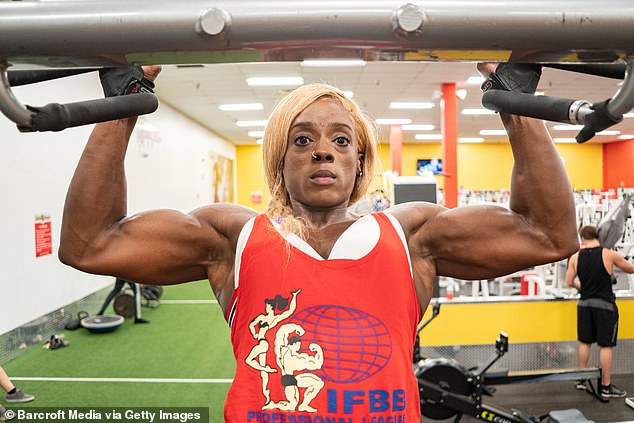 Brittany had to get a custom made bikini that will allow her to showcase her hard work during the competition.

She said: ‘The suit is important because it’s part of my point system on who wins and who loses the show. It’s very important.’

In a post on her Instagram, Brittany spoke with the organiser of Miss Olympia about how the pandemic put a strain on her training.

‘All of Florida shut down, I live in Fort Lauderdale. My job shut down and I wasn’t working for months, there was no money at all except what I had in savings. Thank God for savings. 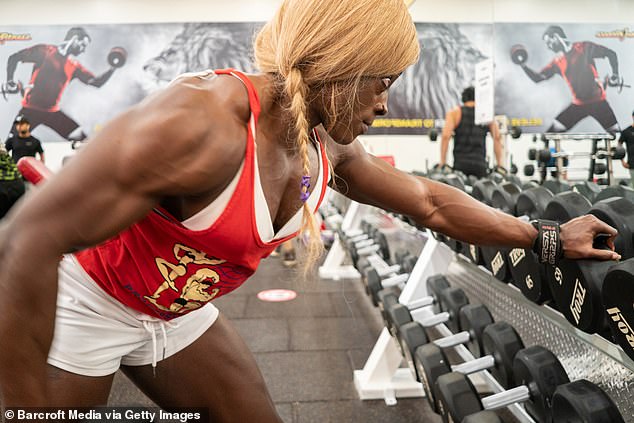 ‘No gym. Still in prep, I think I had just started a prep when everything happened. I’m one of those types of people who is not fixing to quit.

‘I’m not a quitter. I’ve never quit a show and I’ve never cancelled a show, so I kept going through the whole prep.’

Brittany has previously revealed she achieved her personal best of lifting 360lbs during the pandemic.

She explained her boyfriend was quickly able to buy fitness equipment to set up a basic home gym.

‘It’s like some dumbbells, a squat rack, pure basics. We didn’t have any full on machines. No hammer presses. Old school almost like jail training.

‘We’re up there Rocky. We live on the third floor, running our stairs and our neighbours are like ‘what are you guys doing out here? again twice today”. 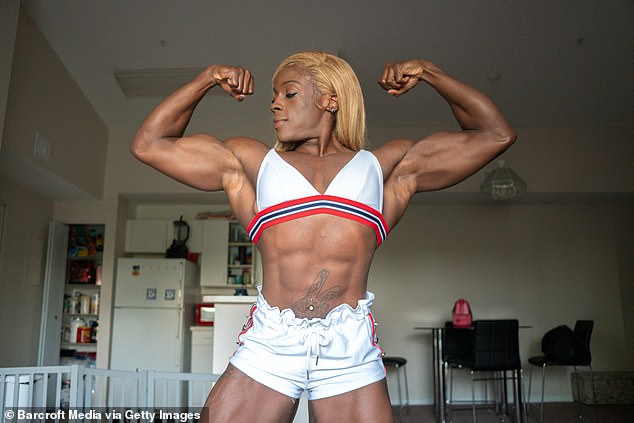 Brittany revealed after her hard work the competition she was supposed to enter to qualify for Miss Olympia was cancelled and she had to drive to another city to compete.

Sharing advice for others, she said: ‘If you have a dream or a goal that you think even sounds interesting, pursue it. What’s the worst that can happen? That you fail, that you don’t do it – or you that you love it and it ends up great.

‘Look at me, I literally looked in a magazine six years ago and was like I think I want to do it. I knew nothing about bodybuilding. Signed up did a show and did terrible.

‘I came second to last place but even then I felt like a winner.

‘I looked at these girls and what that they had accomplished and I was like this is achievable. This is not out of my league and here we are now.