The ‘Descendants’ saga continues with a new special. HL spoke EXCLUSIVELY with Booboo Stewart and Cheyenne Jackson about honoring Cameron Boyce and more.

It’s time for Auradon’s biggest social event! The animated special Descendants: The Royal Wedding will premiere August 13 on Disney Channel and will chronicle Mal and King Ben’s wedding. The special event features the return of Dove Cameron, Sofia Carson, Booboo Stewart, Cheyenne Jackson, China Anne McClain, and more. Booboo admitted to HollywoodLife EXCLUSIVELY that he was “reluctant” to do more Descendants after the tragic death of co-star Cameron Boyce in 2019.

“I feel like that was one of the big points for me that made me feel reluctant as to do anything more with Descendants and our characters ’cause he’s… [it’s] the core four,” Booboo told HollywoodLife during the special’s press junket. “But the way that it’s dealt with and the way that’s it’s handled and presented in our special is really, really perfect. It’s really beautiful… It’s a very touching moment. I think everyone is going to really, really be satisfied and happy with it.” 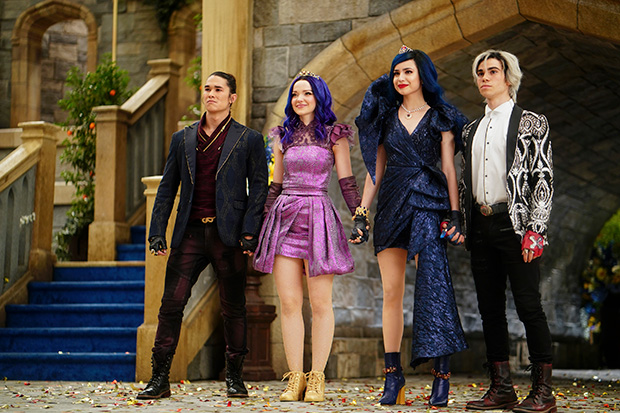 Cameron sadly passed away at the age of 20 in July 2019. He suffered a seizure in his sleep caused by epilepsy. Booboo said he had a lot of “mixed emotions” coming back to the world of Descendants given “everything that’s happened.”

He added, “But I really, really, really think that what we’re telling and what we’re saying in this special coming up really ties it all together. It was kind of hard to be like, oh, I want to do more Descendants after what happened. After reading the story we’re presenting, it really was a hard yes. It gave me the chills and so many emotions came back. It’s a really beautiful piece that we’re presenting. I think it’s necessary.”

Cheyenne will be reprising the role of Hades, a.k.a. Mal’s dad, in Descendants: The Royal Wedding. “I was not sure how it was all going to come together,” Cheyenne admitted. “But I read the script, I heard this beautiful song, and I thought this was a great button on this series as it appears now.” 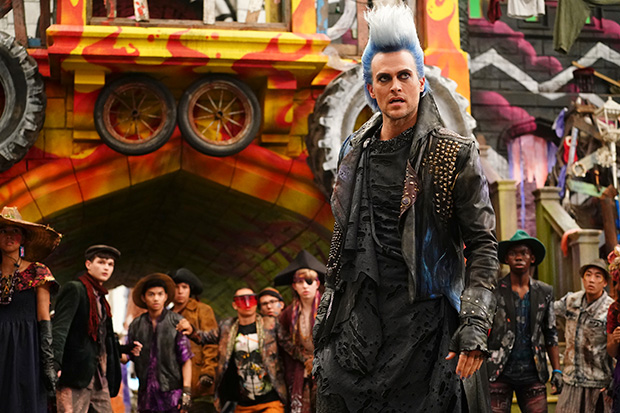 The special will feature a brand-new Descendants song that Booboo said gave him the chills. “There’s so much heart in it,” he said. “It represents the whole series as just the whole thing in two and a half minutes.” Cheyenne also noted, “It’s a really really strong song. It does what any great Descendants song does. It gives everybody a chance to shine.”

When it comes to whether or not there could be more Descendants down the road, Cheyenne said, “I’m always open to any creative experience if I feel like it’s necessary and I feel like it’s good and there’s something I can actually bring to it,” he told HollywoodLife. “Descendants as we know it, I feel like this is probably the end of the story, but I think there are opportunities for other things to happen within that world. It’s such a rich world with so many wonderful layered things. It’s kind of amazing the ideas and opportunities that could happen.”

As for Booboo, he said, “For me, personally, I feel like this is a very nice wrap-up to this story that we have been telling.” Descendants: The Royal Wedding will air August 13 immediately following the premiere of the new Disney Channel Original Movie Spin.