As soon as spring arrives, you can be sure it will be accompanied by a publishing bonanza. That’s because September marks the appearance of the first big books that will underpin the crucial Christmas season for booksellers and publishers.

For the former, the two months leading up to December 25 account for as much as 30 per cent of annual revenue, while publishers schedule many of their books by big-name or bestselling authors to the period when they can rely on readers splashing out. 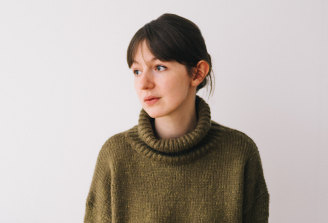 Sally Rooney is likely to be challenged by Liane Moriarty for the most popular novel at Christmas.Credit:Johnny L. Davies

Last year, the pandemic wrought havoc around the publishing world, with schedules disrupted, books delayed, live events cancelled and revenue impacted. Nevertheless, Australian sales of trade books – those for a general readership as opposed to educational or textbooks – enjoyed a big lift overall. And total sales jumped by 9 per cent to 66 million.

This year, the market needs plenty of big sellers: lockdowns in the eastern states and their flow-on effects are having a significant impact on retail, despite online sales and click-and-collect shopping. 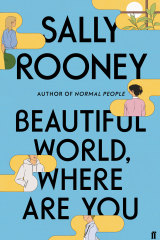 Rooney’s new novel is one of the big international titles landing in September.

Bianca Whiteley, territory manager for Nielsen Book, which surveys sales of print and e-book titles, says sales are about 6 per cent up on last year, although they have recently been slowing significantly. The weekly figure has dropped below the average of one million in three of the past four weeks.

“The current state is slow, slower than last year and slower than 2019,” Whiteley said. “But we have started to see Father’s Day selling lift it back to just on the million mark, and we normally see a lift after Father’s Day. From then on, we expect to see a pickup each week.”

While people were starting to shop earlier, she said, one problem was that not as many books were appearing in the Nielsen live database for publication. “At the moment we have under 4000 books scheduled between now and Christmas whereas last year that figure was 5000. But we do expect to see that number go up.”

While this year is bumper for international titles, according Alexa Burnell, head of international agencies at Allen & Unwin, the pandemic has put an end to air freight and forced publishers to alter their approach to books from overseas. 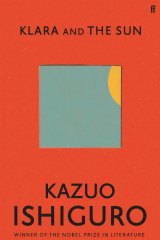 Kazuo Ishiguro’s Klara and the Sun is another blockbuster book from this year. Credit:

“Bringing books by sea is the only option for us. And we are printing more books locally than in the past,” she says, adding that she and her team are used to a new rhythm.

“Not having air freight meant that we had to pivot quickly and make some process changes. We had to look at how often we were replenishing orders.” But she said the flexibility of local printers had allowed for smaller print runs, to which overseas publishers were now more amenable.

The two big international titles that Allen & Unwin is distributing are Sally Rooney’s Beautiful World, Where Are You and Kazuo Ishiguro’s Klara and the Sun. Burnell says timing and scale are important to decisions on local printing. “We have to be able to publish them simultaneously with our international partners.”

Burnell said her preparation for the next few months had begun at the start of the year when she started talking to overseas publishers to ensure all the big books were available in the Australian market for Christmas. The crunch time for “stock on the water” was the end of August, to guarantee books get here for December, she said.

But when the Suez canal was blocked for six days in March by a container ship Burnell had great fears of significant delays to stock. They proved unfounded. “It could have turned out far worse. It cleared quite quickly, but we had been bracing for bigger delays.”

Michael Gordon-Smith, CEO of the Australian Publishers Association, doesn’t see any great difference between this year and last in terms of supply. His members say things are obviously more challenging than in pre-pandemic times, “but it’s by no means a catastrophe. And it’s no bad thing to be encouraging people all the way down the chain to shop local.”

But he, too, has noticed a dip in sales in the past few weeks. “There has been a bit of a contraction compared with last year, but I think people are feeling strongly that the local list for Christmas looks very strong.”

He laments that both Melbourne and Sydney are in lockdown. “When we can go out people will be excited to do so. I think booksellers are keen to know what the rules are. Can people browse? Can we put in place rules that say you can come in and browse if you’re vaccinated? As the number of vaccinated people increases, the capacity to manage the differential risk between the vaccinated and unvaccinated would be a big help. One of the biggest brakes at the moment is confusion caused by governments rather than anyone else.”

The battle for the number-one bestselling novel in Australia is likely to be between two women, Sally Rooney and Liane Moriarty, although it’s arguable the two appeal to different readerships.

Rooney’s much anticipated third novel, Beautiful World, Where Are You, a story of the relationships of two young Irish couples, will be published on September 7. It will be followed a week later by the ever-popular Moriarty’s Apples Never Fall, a tale about the secrets of a tennis-playing family that emerge when the matriarch goes missing.

Perhaps the enduringly popular Elizabeth Strout will challenge them with her new novel, Oh William!, although Rooney and Moriarty will have a near two-month headstart on her and this is a novel featuring Lucy Barton, not Olive Kitteridge.

Other big international novels looming include three very different family sagas. Crossroads is the first part of Jonathan Franzen’s ambitious trilogy, A Key to All Mythologies; double Pulitzer Prize winner Colson Whitehead follows up the confronting The Nickel Boys with Harlem Shuffle, a family saga “masquerading as a crime novel, a hilarious morality play, a social novel about race and power, and ultimately a love letter to Harlem”; while Irish writer Colm Toibin’s The Magician is based on the life of Thomas Mann and follows his creative and family life from his boyhood in Lubeck through two World Wars, exile in the US and the Cold War, plus the writing of works such as Death in Venice and winning the Nobel Prize.

And the author of the bestselling All the Light We Cannot See, Anthony Doerr, has Cloud Cuckoo Land, a novel set in 15th-century Constantinople, today’s Idaho, and a spaceship in the near future.

If you love a literary biography, then you’ll be admirably catered for by Bernadette Brennan, who follows her life of Helen Garner with a biography of the brilliant and tragic Australian novelist, Gillian Mears; by Frances Wilson’s Burning Man, about D.H. Lawrence, and by Carole Angier, whose life of W.G. Sebald is published in November. 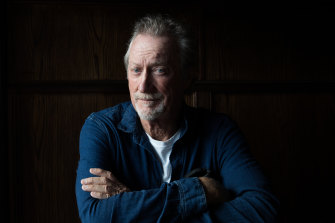 Not just a pretty face. Actor Bryan brown has written a novel.Credit:janie Barrett

When it comes to Australian novels, there are plenty coming our way. Two-time Miles Franklin winner Michelle de Kretser is back with Scary Monsters, a novel about the horror that is racism and written in a reversible format to give a sort of physical representation of the disorientating experience of the migrant.

Hannah Kent’s third novel, Devotion, is another historical novel, this time about a German girl fleeing her home due to religious persecution, sailing to South Australia and finding love and more along the way.

Christos Tsiolkas, though, turns his back on the historical after Damascus with 7½ – his seventh novel, about a solitary writer writing, remembering and telling the reader a story. “In a time of rage and confusion,” Tsiolkas has said, “I wanted to write about beauty.”

The prolific Tom Keneally is bringing us two books: a novel, Corporal Hitler’s Pistol, set in his hometown Kempsey, where a pistol said to have belonged to the future German dictator is used to kill an IRA turncoat, while he has a bloody good rant in a book of the same name that is personal, political and passionate.

The much-loved American novelist Ann Patchett has a collection of essays, These Precious Days, due a month before Christmas, that is both personal and wide-ranging, and novelist Charlotte Wood investigates what she calls “the joys, fears and profound self-discoveries of creativity” in The Luminous Solution.

You’ll just have to go browsing, either in a shop or online.