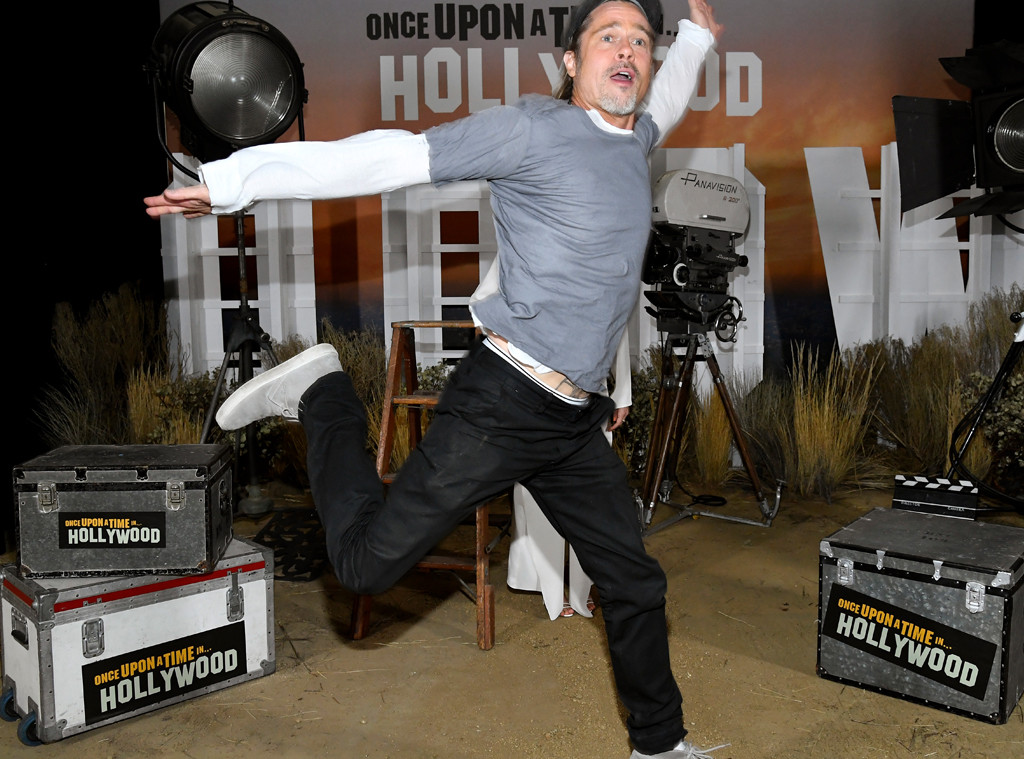 The 55-year-old actor showed off his silly side on Thursday when he photobombed Margot Robbie at a Los Angeles photo-call for their new movie Once Upon a Time in Hollywood.

Pitt jumped into the middle of the 29-year-old actress’ shot as she stood in front of the camera. However, the I, Tonya star didn’t seem bothered by the stunt. In fact, she just threw up her hands and shared a smile.

Pitt kept it casual for the appearance—sporting a gray T-shirt, white undershirt, dark pants and a nifty cap. Robbie, however, decided to go glam for the photo-call and wore a white, long-sleeved dress by Derek Lam.

Their co-star, Leonardo DiCaprio, and the film’s writer and director, Quentin Tarantino, were also there.

The movie is set in Los Angeles during the year 1969. 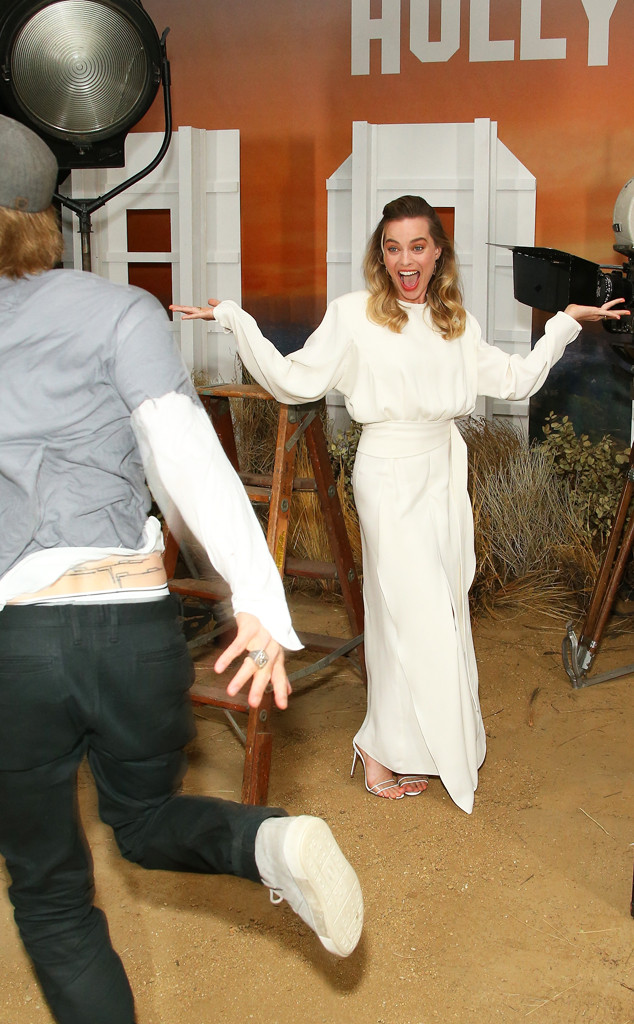 In the film, DiCaprio plays an actor from a Western TV series named Rick Dalton while Pitt plays his longtime stunt double Cliff Booth. The characters struggle to find the same level of success they experienced earlier in their careers. DiCaprio’s character also just happens to live by Sharon Tate (played by Robbie)—who was murdered that year by followers of Charles Manson. According to Sony Pictures, the movies features a “large ensemble cast and multiple storylines in a tribute to the final moments of Hollywood’s Golden Age.”