A California philanthropist has been charged with murder for a hit-and-run crash this past September that left two young brothers dead. CBS Los Angeles reports  Rebecca Grossman, 57, pleaded not guilty Wednesday in a Los Angeles County Superior courtroom in Van Nuys to two counts each of murder and vehicular manslaughter with gross negligence, along with one count of hit-and-run driving resulting in death.

Her bail was set at $2 million. If convicted as charged, she faces up to 34 years to life in state prison, according to the Los Angeles County District Attorney’s Office. 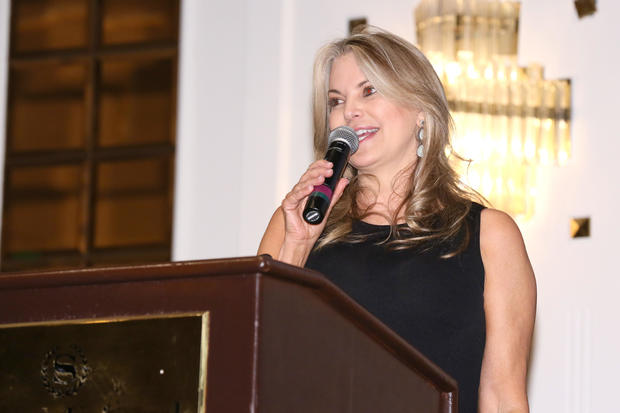 On the night of Sept. 29, Mark and Jacob Iskander, ages 11 and 8, were in a crosswalk at the intersection of Triunfo Canyon Road and Saddle Mountain Drive when they were struck and killed by a speeding Mercedes while on a walk with their family.

Her white Mercedes, which had front-end damage, came to a stop about a quarter-mile from the crash scene after its engine broke down, prosecutors allege.

Grossman is a co-founder and chair of the Grossman Burn Foundation, the wife of the foundation’s president. She has received awards and acclaim for her philanthropy around the world.

The sheriff’s department told CBS Los Angeles Monday that the drunken driving portion of the case remains under investigation and investigators are still waiting on toxicology results. She could face further charges ones those results come in.

The next court hearing is scheduled for Feb. 16.