Finding humor in any situation! While reflecting on her time as a conservative actress in Hollywood, Candace Cameron Bure decided to have a little fun with the conversation.

Every Time Candace Cameron Bure Has Clapped Back on Social Media 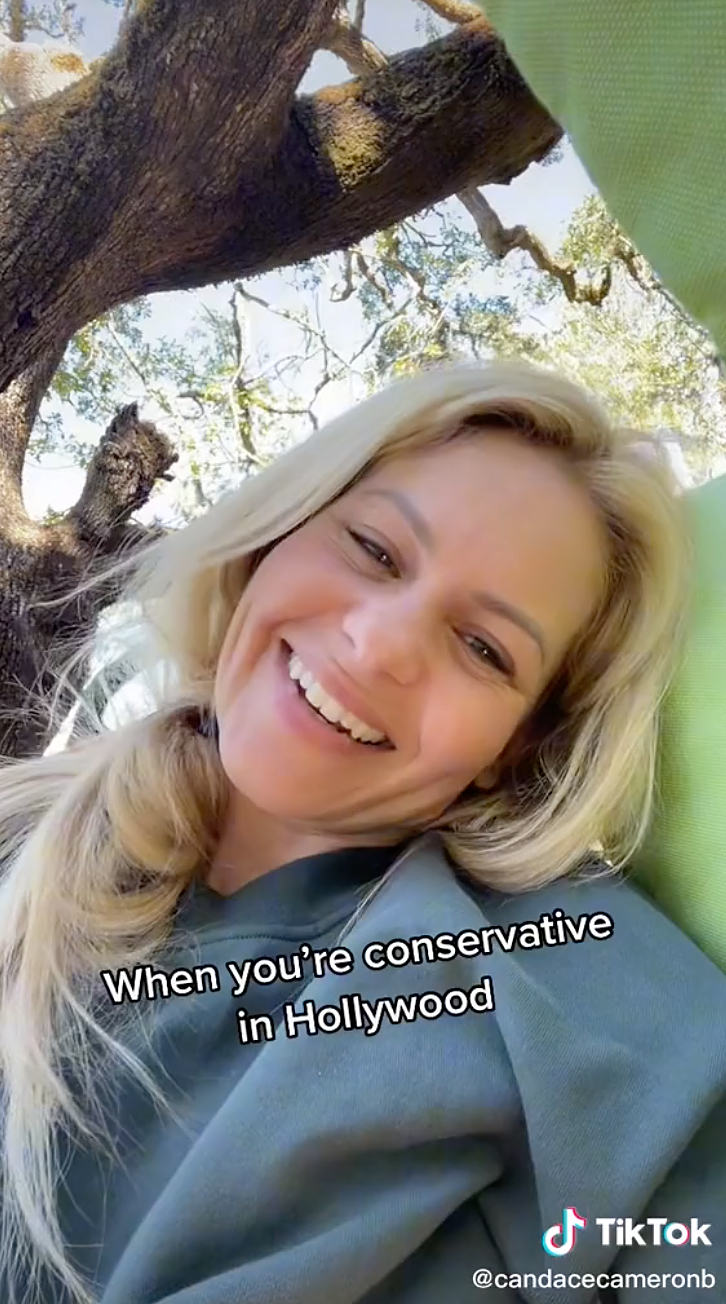 The Full House alum captioned the clip, “When you’re conservative in Hollywood.”

One day later, the reality show’s official TikTok account seemingly shaded the post by sharing the original scene and writing, “When your audio lands on the wrong side of TikTok & they have no idea 😌🏳️‍🌈🏳️‍⚧️💘✨.”

Bure is no stranger to getting bold when it comes to her social media posts. Earlier this year, the Hallmark star received backlash online after she posted a clip of her lip-syncing to “Jealous Girl,” while holding up her Bible.

After titling the video, ”When they don’t know the power of the Holy Spirit,” Bure addressed the intention behind her take on the popular TikTok trend.

“I just came home and read a lot of messages that were not happy with my latest Instagram post that was a TikTok video. And I usually don’t apologize for these things, but a lot of you thought it was weird, and I’m sorry,” the Aurora Teagarden star said via her Instagram Stories in July. “That was not my intention. I was using a very specific clip from TikTok and applying it to the power of the Holy Spirit, which is incredible.”

The Fuller House alum also joked about some of her followers calling the video too sexual.

Celebs Fight Back on Social Media

The following month, the Kind Is the New Classy author explained why she reacted to the backlash.

“I addressed it because I’m very honest and open on all of my social media,” Bure exclusively told Us Weekly in August. “So because I apparently got it so wrong and I was surprised over it. I had to just tell everyone, like, ‘Oh, OK. I thought this was cool.’ I guess it wasn’t.”

Although the Dancing With the Stars contestant issued a public statement, she clarified that it wasn’t meant to be a “formal apology.”

From ‘Full House’ to Hallmark! Candace Cameron Bure Through the Years

“I just feel like I have very open communication with the people that follow me. So it was actually quite casual in addressing it,” she noted.

The California native admitted that the incident did make her realize that she wasn’t as well versed as she thought when it came to certain apps.