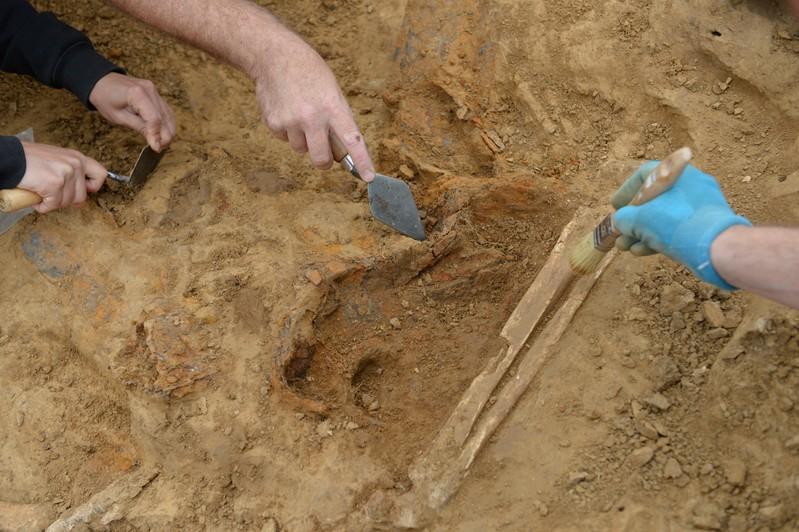 WATERLOO, Belgium (Reuters) – A cannonball discovered this week by archaeologists provides a further indication of how close Napoleon Bonaparte came to winning the Battle of Waterloo in 1815.

The 3 kilogram (6-pound), rusty cannonball was found on Monday near the site of a field hospital about 600 meters behind Anglo-Allied lines on the battlefield in Belgium.

Tony Pollard, the head archaeologist at the site, told Reuters Television he believed it was fired by the French army, another sign of near Napoleon’s troops came to victory in the battle described by the Duke of Wellington as a close-run thing.

“It represents the point at which Napoleon came closest to winning the battle of Waterloo, so it’s an amazing discovery,” said Pollard, director of the Centre for Battlefield Archaeology at the University of Glasgow.

He is also leader of a team from UK charity Waterloo Uncovered that carries out periodic excavations at the site.

The team found the cannonball while excavating the site of a field hospital, where they found unexpected evidence of heavy fighting in the area and some human remains from amputations.

The discovery of two lower leg bones confirmed the site was used as a hospital in the battle to treat about 6,000 soldiers during the battle, Pollard said, adding the treatment included hundreds of amputations.

Tens of thousands of soldiers died at the battle of Waterloo, which saw Bonaparte’s French army go up against British, Belgian, Dutch, German and Prussian troops.

Bonaparte abdicated as emperor of France a few days after the French defeat at Waterloo and was exiled to the South Atlantic island of St. Helena, where he died in 1821.