Design changes and a state government offer to relocate a historic building have failed to placate key public concerns as the Parramatta Powerhouse project faces delays.

The National Trust said the former maternity hospital Willow Grove could not be “simply picked up and moved wholesale” to make way for the new powerhouse on the banks of the Parramatta River as much of its fabric – cement, brick and plaster – would be destroyed in the process. 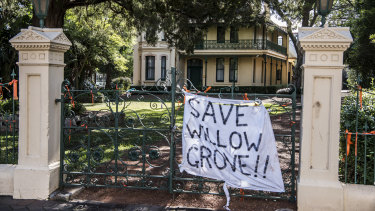 The CFMEU says it will put “bodies in front of machinery” to protect historic Willow Grove.Credit:Steven Siewert

NSW conservation director David Burdon said moving the house to a new site in North Parramatta would have “severe negative effects” on the historic building’s place and values.

“Any attempt to dismantle these materials results in catastrophic failure,” Mr Burdon said.

As well, Heritage NSW, an agency under the purview of the NSW Premier, said Infrastructure NSW, the project’s proponents, had not met requirements to consult with Indigenous leaders to document the site’s cultural heritage values during all stages of the project.

The body said collection of cultural information from Indigenous elders was important in documenting Aboriginal connection and should not occur after project approval.

Evidence was required, it said, to show how the consultation informed the development of cultural heritage management plans for the project.

It’s a further complication for Infrastructure NSW which said it was consulting with registered parties “in line with all relevant guidelines” with the process expected to be complete in January.

That’s likely to push out Department of Planning approvals for the construction of the Parramatta Powerhouse which had been timetabled to conclude in 2020. Interested construction firms have already been briefed about the delay.

In its submission to the Department of Planning, Parramatta City Council said Willow Grove’s relocation to a new site was preferable to its demolition. 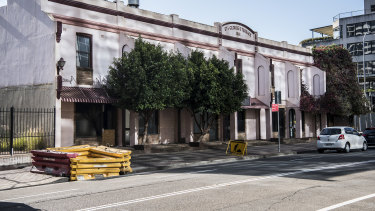 There was, however, insufficient information about the relocation method, the historic building’s exact place of relocation and the impact of the rebuild on its heritage values.

Create NSW, the government's arts agency, is to oversee the relocation and rebuild with input from council, community and Heritage NSW, and explore potential new uses for the building.

But it might also have the effect of sidestepping a green ban imposed by the NSW arm of the building and construction union, the CFMEU, on removal of Willow Grove.

Despite its overall support for the museum project, Parramatta Council remained dissatisfied with the engineering solution proposed to manage quick flowing floodwaters.

The council said the museum’s undercroft, a voluminous space on the riverisde beneath the museum intended to contain floodwaters, should be removed entirely from the site. 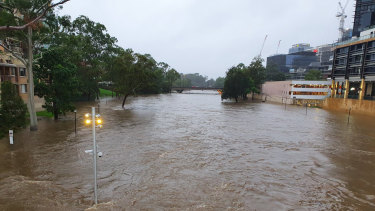 Flooding of the Powerhouse site (right) in February.

Public access to the undercroft has been restricted in the redesign with the addition of moveable screens. But the council predicts the undercroft will flow with floodwaters of “substantial velocity” two to three metres deep during a major one-in-100-year event.

The council said a sloping bank that better-allowed people to safely find their way to higher ground and was part of the original design should be restored.

Flood modelling undertaken on behalf of the Powerhouse Museum Alliance by flood management engineers Molino Stewart estimates that there was greater than a 12 per cent chance, or a one in 800 in any given year, of flood water entering the ground floor of the museum during its 100-year design life.

Museum consultant Kylie Winkworth said using the council’s standards, which assume a total blockage of underground pipes that carry overflow floodwaters, the museum could flood in a one-in-20-year event.

"If it is intended to operate as a museum for the next 100 years the project is taking reckless and unnecessary risks with the $1 billion infrastructure investment, and in locating the collection in a flood-prone building," Ms Winkworth said.

Urban Ethos, the firm acting on behalf of Infrastructure NSW, said there was no alternative to the undercroft while maintaining the architectural design of the museum and it was not considered habitable space. Urban Ethos maintained the design and operation of the undercroft and the museum itself was an appropriate flood response and safe for the public.