Art comes in all forms, and for Stacy Poitras, it means sculpting in an unconventional way — with a chainsaw.

Famous for carving large wooden sculptures, Poitras’ art pieces can be seen all around the world.

“If it makes you feel then that’s art,” Poitras told “Good Morning Ameirca.” “If you make something that makes people feel, that’s what art is all about.”

He first discovered chainsaw carving when he was 17 years old in Boston, Massachusetts. He was on his way to art school when he saw a man carving a wooden bear with a chainsaw. After he started making money from his work Poitras quit art school, moved to California and hasn’t looked back. 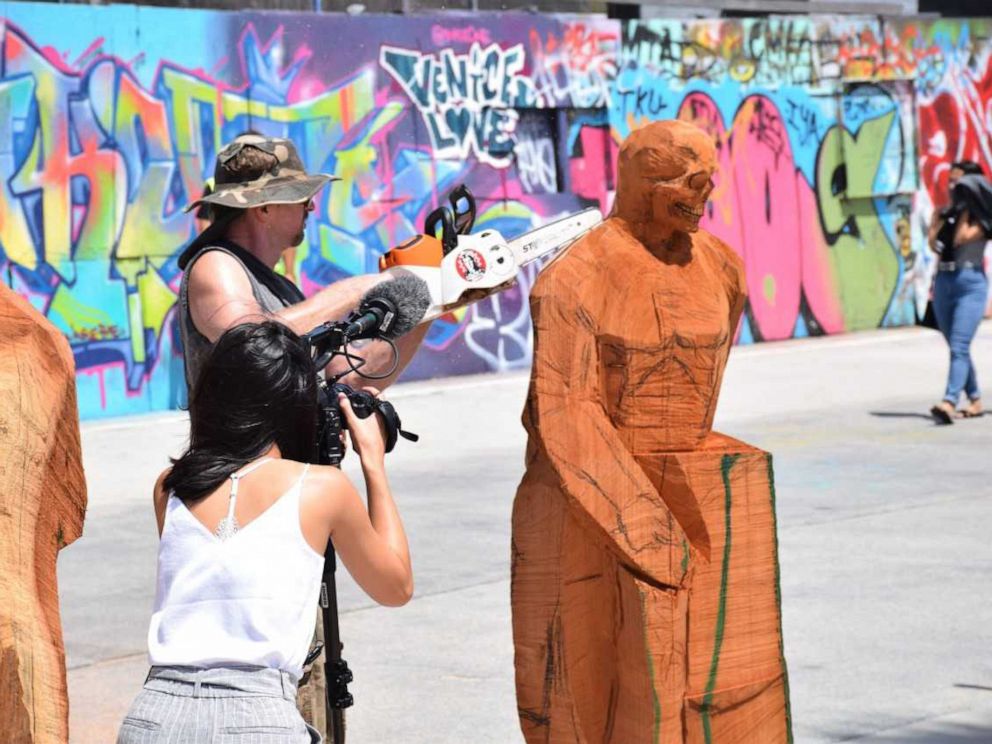 “It’s such a violent and destructive tool and I’m using it to make something beautiful, and it can give you a lot of different textures,” he said. “It’s powerful enough to go through wood quickly yet flexible enough to carve out elegant details,” Poitras said.

The obvious danger of the chainsaw, and “being somewhat scared while working” helps with Poitras’ creativity. 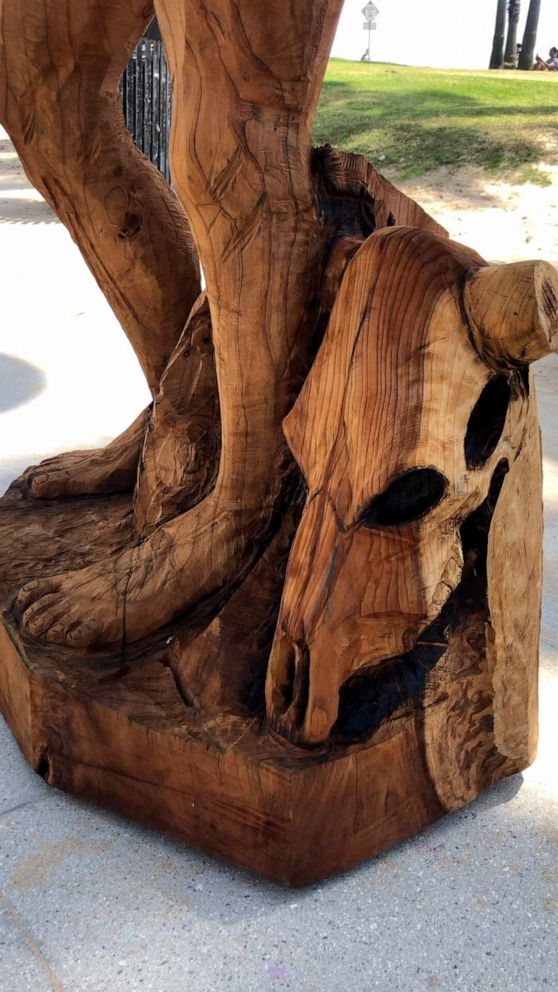 Right now, he’s finishing up the last sculptures for his version of the seven deadly sins, a commentary on society and humanity.

Once finished, he plans to place them in seven different locations around Los Angeles, each protesting a different human condition, a yearlong project that will be featured in his upcoming documentary “Chainsaw Artist.”

“It’s sort of a protest of the way I see the world has strayed from human dignity, everyone”s looking into their iPhones all the times, self worth seems to come from how many likes you get,” he said.

The sculpture for “Greed” will be placed in front of bank, and “Gluttony” in front of a fast food chain. 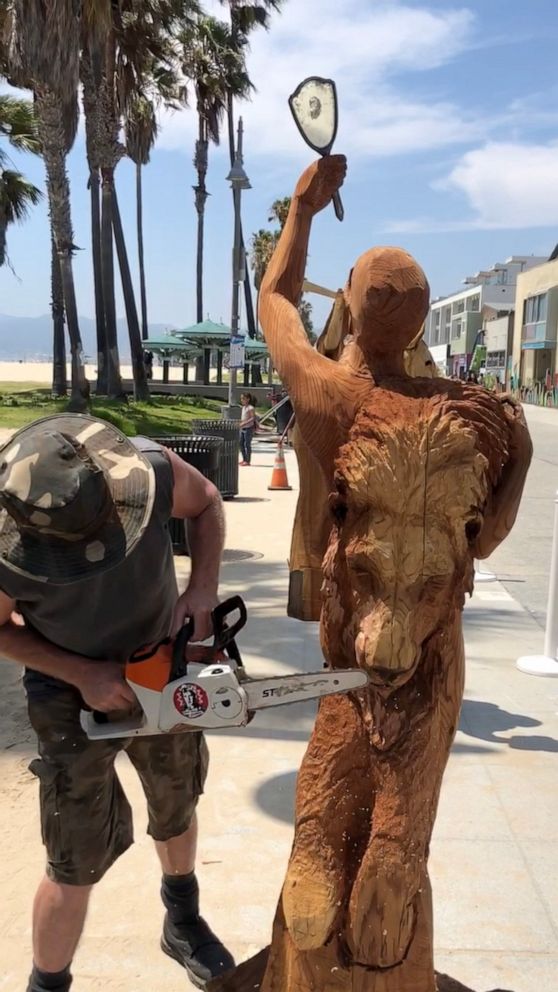 Each sculpture stands between 5 and 7 feet tall, and is carved from discarded redwood and cypress wood, Poitras said.

“I’m a tree hugger I love trees these trees can either turn into something disgusting like money or toilet paper. I’m making art out of it.”

He hopes his audience will discover art as “an appreciation of something outside of yourself, whether you agree with [it] or not.”

“Chainsaw Artist” will also feature some of Poitras’ friends, like Clint Eastwood and Sam Elliot. His seven deady sins sculptures will eventually be installed and sold in an art gallery, with with 50% of the profits going to charity.