Big’s return! Chris Noth‘s And Just Like That character may have died during the series premiere, but that doesn’t mean he won’t appear in later episodes.

“I think there may be something. I can’t tell you what, but there may be a little … there may be a haunting that happens,” Noth, 67, teased in an interview with Vogue as fans continue to grapple with the shocking twist. “I don’t know. I don’t want to get in trouble.”

Cosmo Time! Where Every ‘SATC’ Character Is When ‘And Just Like That’ Begins

During the first episode of the HBO Max series, which debuted on December 9, Big suffered a heart attack while Carrie (Sarah Jessica Parker) was at Charlotte’s daughter’s piano recital. Upon returning home, Carrie found Big sitting on the floor outside the shower, still conscious. She didn’t call 9-1-1, but instead held him until he died moments later — a choice that caused quite a bit of outrage on social media. 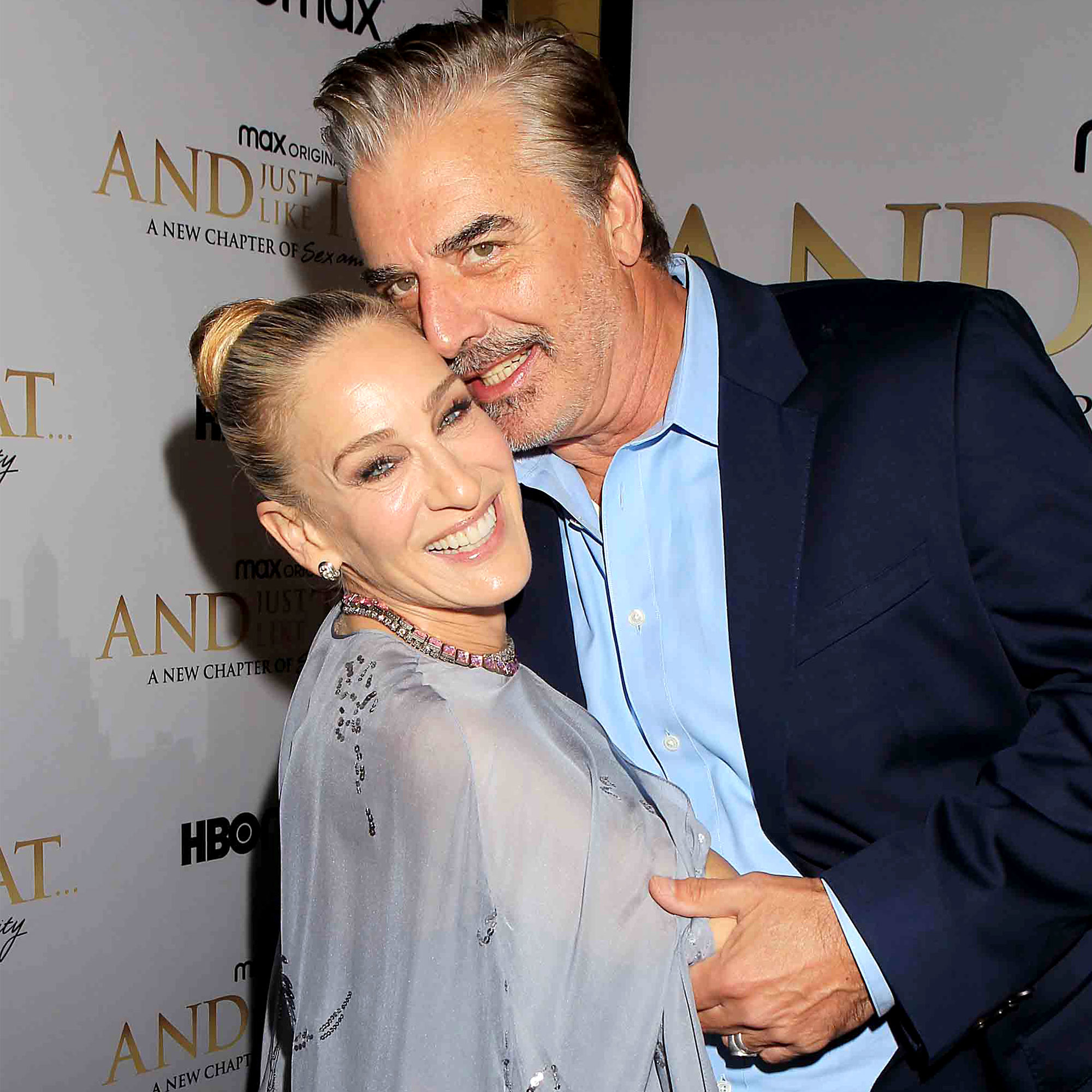 “One thing [creator] Michael [Patrick King] and I agreed on: We both called it the Bonnie and Clyde moment, which is that moment when Bonnie and Clyde are about to be eviscerated by bullets,” the Law & Order alum explained of the decision. “They have that look with each other, Warren Beatty and Faye Dunaway. They both know that it’s the end.”

The actor added that he and the showrunner both “knew that we had to have that” moment between Carrie and Big after their Sex and the City journey.

“[We knew] that I just shouldn’t die alone in the bathroom. There had to be that last moment and no words, no corny dialogue, just a look, and I thought [King] did it so beautifully,” Noth said. “It was very important for both of us to find a way to have that last moment together, not that she walks in and finds me dead in the bathroom. That was essential for me to come back to. And the rest is just chemistry with SJ. We’ve known each other a long time.”

After Big’s death — which happened moments after he completed a ride on his Peloton bike — Noth teamed up with the exercise company and Ryan Reynolds to lean into the response by releasing a commercial together. Real-life Peloton instructor Jess King, who portrayed fitness instructor Allegra in the show, also appeared.

“To new beginnings,” the former Good Wife alum tells King, 36, in the clip. “I feel great. Should we take another ride? Life’s too short not to.”

The Deadpool star, 45, then explains, “And just like that, the world was reminded that regular cycling stimulates and improves your heart, lungs and circulation, reducing your risk of cardiovascular diseases. Cycling strengthens your heart muscles, lowers resting pulse and reduces blood fat levels. He’s alive!”

New episodes of And Just Like That drop on HBO Max every Thursday.