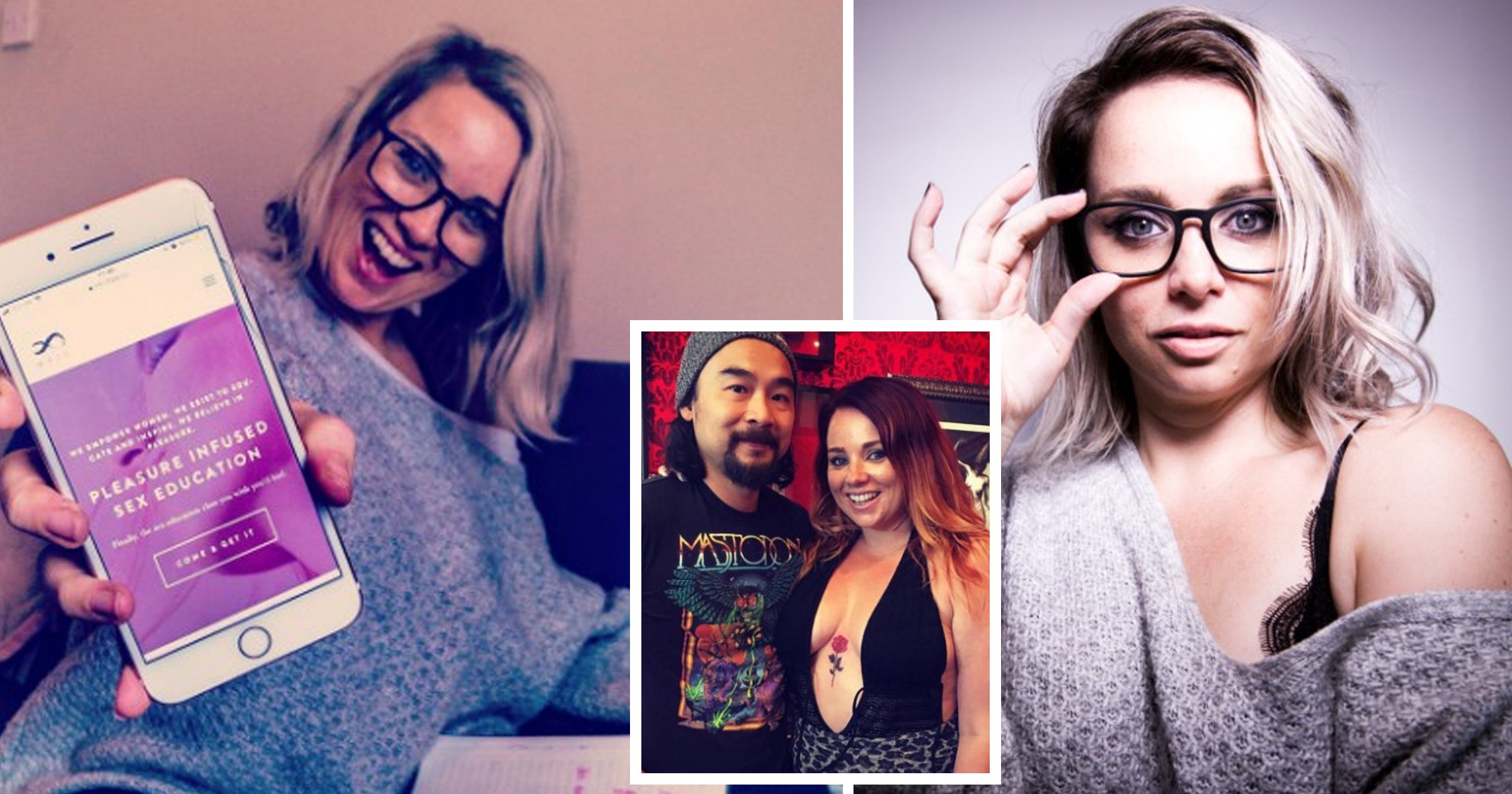 Caroline D’Arcy, 38, spent a decade working her way up in the field of health and safety.

Then she packed it all in to become a sexologist and orgasm coach – and has found a load of success.

‘It just opened up my eyes and it was the first time I didn’t feel like an outsider when it came to sex,’ she said.

‘What I loved so much about that subculture was so much of it was educational.’

When the relationship ended in 2015, Caroline wanted a fresh start.

She said: ‘I just had this year where I had a complete life 180 degree turn.

‘I’d even had an accident on a skiing holiday.

‘Everything really was going wrong. It wasn’t a fun year at all.’

At around the same time, a friend introduced Caroline to a podcast called Sex Nerd Sandra that changed her life.

Following the sale of her property and with a ‘chunk of money’ for the first time in her life, Caroline decided to take the plunge and explore a new career in sex coaching.

She said: ‘I thought, “If I’m going to do it, I really need to do it now – when I’ve got no mortgage, no relationship, no dependents”.

‘I always had this fascination with all things to do with sex, but I grew up Catholic-educated and as a woman society gives you these messages that sex is dangerous, wrong and dirty.

‘At my career advice meeting, aged 17, being a sexologist wasn’t something that was on the table.’

Emboldened by selling her house, Caroline booked a trip to LA, California, and did some life coaching, sussing out what working as a sex coach could be like.

‘I wanted to experience what it was like to be taught about these things in a really open way,’ she said.

‘And I suddenly thought, “I used to train people in health and safety – I can teach this, this is fun!”‘

Rounding off her trip by meeting with a rope artist, who had worked on Hollywood films and with pop star Lady Gaga, Caroline then had a tattoo of a rose inked on her sternum at legendary artist Kat Von D’s studio.

She said: ‘It was a promise to myself to open my heart and follow my dreams.’

On returning to the UK, in December 2016, Caroline quit her job and immediately signed up for a course on somatic, or body-focused sexology, which qualified her as a sexological bodyworker, starting in January 2017.

The course began with a module on orgasmic yoga, with an hour to two hours a day session teaching participants how to spread their sexual energy through their bodies in a set routine, similar to a yogic sun salutation.

In September 2017, she graduated the course feeling inspired to help women have better sex.

‘My business is all online,’ Caroline explained. ‘People are most comfortable talking about their most intimate moments in the familiarity of their own homes.

‘I am fully qualified to coach participants through orgasm in a live setting – but the video and audio route makes it more comfortable for them.

‘I help women – and couples – to have better sex and orgasms, because I know the power of pleasure in changing your life.’

Inti-Mate is now in its fourth year, and Caroline already earns more money than she ever did at her old company.

Plus, her own sex life has improved massively.

She met her current partner, Salim, on a Zoom call with friends during the first lockdown in spring 2020.

‘We’re now buying a home together in St Margaret’s in west London and Salim is fascinated by what I do.

‘He reads a lot of my blog posts and finds it very educational – and we have a great relationship.’