Scott Morrison and Anthony Albanese are preparing for an election on cost of living pressures as petrol prices climb to record levels and the nation’s largest banks start pushing up their fixed mortgage rates.

ANZ on Friday joined the other major banks by increasing a range of its fixed lending rates that had become increasingly attractive to borrowers through the pandemic-fuelled property market surge that has pushed median house values in Sydney beyond $1.3 million and to $960,000 in Melbourne. 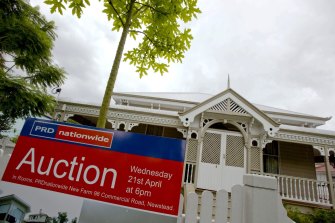 All major banks have lifted fixed mortgage rates in recent weeks, a sign of growing cost of living pressures.Credit:Glenn Hunt

Earlier this year, each of the major banks had two-year fixed mortgage rates below 2 per cent while five-year loans could be locked in for under 2.25 per cent.

Since the Reserve Bank held the official cash rate at 0.1 per cent on Melbourne Cup Day, all banks have started pushing up their fixed rates in response to higher global borrowing costs.

Record numbers of Australian home buyers have locked in interest rates during the pandemic. In October, 45 per cent of the $54 billion worth of new and refinanced mortgages were on fixed rates.

Among first time buyers, the proportion was 60 per cent.

It’s not just fixed mortgage rates under pressure, with some economists forecasting the Reserve Bank may lift the official cash rate before May. That would drive up variable mortgages before the next election.

“The increase of the past few weeks means that the horse has bolted on the absolute sweet spot for fixed rates, but this week’s rate increases should nonetheless jolt some borrowers into action,” he said.

“Inflation is up in Australia and rocketing up in the US, meaning that there can be only one direction for interest rates, and that is up.”

Inflation is running at 3 per cent, well above the wages price index, which is currently at 1.7 per cent. The latest wages data will be released on Wednesday but most economists are expecting it to take some time for it to pick up. 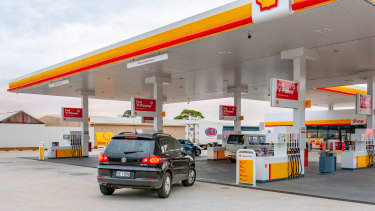 Petrol prices, which jumped by 7.1 per cent over the past three months, are also surging due to global supply and demand factors. Over the past year, the average price for unleaded has climbed by more than 40 cents a litre.

“Households have noted a bit of a decline in their current financial situation, likely a result of higher inflation (notably petrol prices),” he said.

Prime Minister Scott Morrison on Friday said the economy was moving out of its pandemic-affected period, with global pressures growing.

“The changes of what’s happening in the global economy means an environment in which economic management of Australia is going to be more important than ever,” he told Melbourne radio station 3AW.

“There is uncertainty ahead when it comes to the global economy and what we’re seeing with inflation and supply chain pressures and, you know, there are labour shortages now in Australia and that will put pressure on. So economic management will be more important than ever and the choices we make about that.”

Shadow treasurer Jim Chalmers said the increase in domestic inflation, and the flat lining of wages, was increasing the pressure on ordinary Australians.

“Two of the big pressures are actually petrol prices – people are getting absolutely smashed at the bowser – and construction costs, if you’re trying to get a reno down or something like that. Those are the pressures that working families feel,” he said.

“The other most important thing I think, inflation is obviously a crucial measure in the economy but what actually matters is whether people’s wages can keep up with that inflation.”