Dr. Dre to pay another $1.5M in fees to ex Nicole Young

Dr. Dre’s estranged wife, Nicole Young, had the “Nuthin’ but a ‘G’ Thang” rapper served with divorce papers at his grandmother’s funeral, according to a new report.

The process server arrived at a cemetery in Los Angeles on Monday, where Dre, 56, was laying his late relative to rest and got into a dispute with the Beats Entertainment founder when he tried to give him the legal documents, sources told TMZ Wednesday.

Insiders close to Dre claim he was standing right beside his grandma’s casket when the server tried to give him the papers, TMZ said.

However, sources on Young’s side say the documents were served at the cemetery’s parking lot, according to TMZ.

Dre reportedly was so upset that he would not take the court papers in his hands, forcing the process server to drop the documents either by the gravesite or the parking lot, according to conflicting sources.

TMZ reports that the documents ordered Dre to pay a balance of $1,224,567 for his young’s attorney’s fees.

The Aftermath Entertainment CEO reportedly only paid $325,433 of $1.5 million ordered by a California judge.

Reps and attorneys for Dre and Young did not immediately return Page Six’s requests for comment.

The former couple, who were were married for 24 years, have had a very contentious split thus far, since Young, 51, filed for divorce in June 2020. 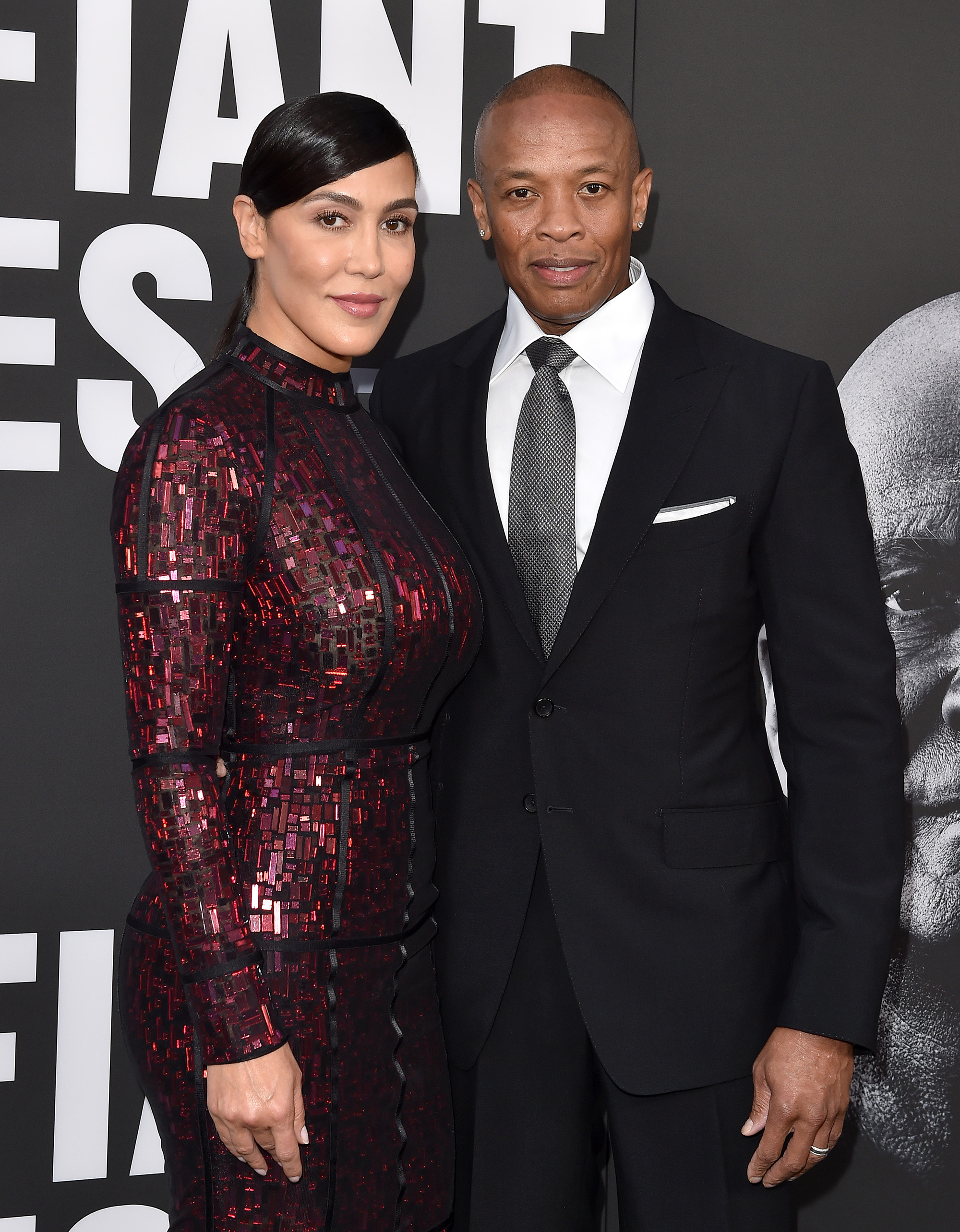 Young has accused the hip hop star in court papers of abuse that was so bad she now has “post-traumatic stress syndrome,” though Dre has strongly denied the abuse claims.

The former NWA member will have to keep paying the massive amount to his ex until she remarries or enters into a domestic partnership — or unless the court orders otherwise at a later date.

The estranged pair — who share son Truice, 24, and daughter Truly, 20 — have not been able to agree on how they will divide all assets of Dre’s estimated $800 million fortune.