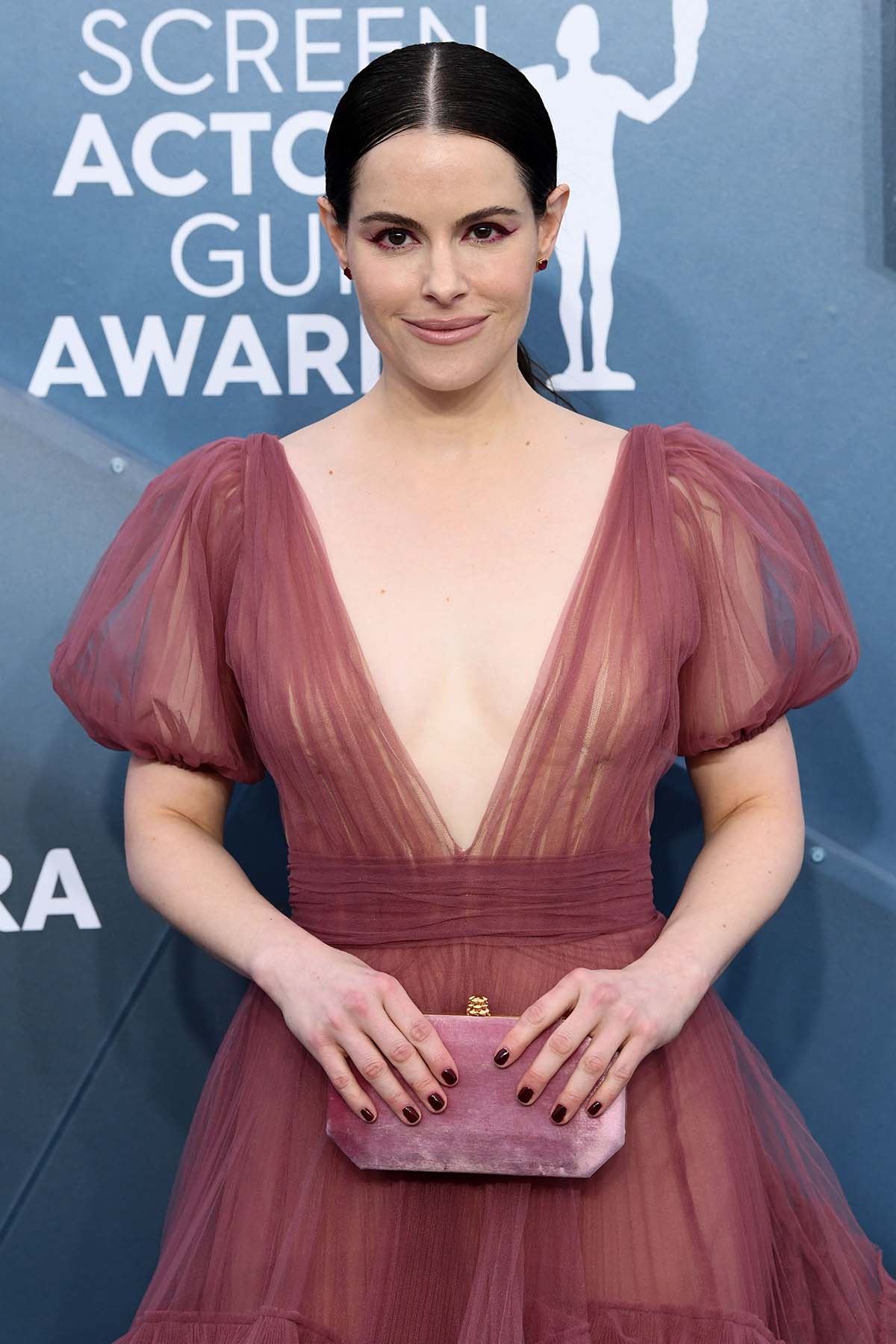 Johnny Rose may have had day old meatloaf on Christmas Eve, but he eventually got the party he was hoping for. In Schitt’s Creek’s “Merry Christmas, Johnny Rose” in season 4, the patriarch of the family (Eugene Levy) wanted to recreate some holiday cheer for his loved ones — who were once used to lavish bashes at their mansion.

Everything Schitt’s Creek Cast Has Said About Possible Film

Of course, problems — and hilarity — ensued when his plans nearly fell apart. Son David (Daniel Levy) left decorations behind at his store Rose Apothecary (he needed to save up for an espresso machine, naturally), motel clerk Stevie (Emily Hampshire) only had Mardi Gras beads and a jack-o-lantern from her grandma’s collection and daughter Alexis (Annie Murphy) forgot to send out the invitations.

Surprisingly, the cast — including Catherine O’Hara (who played Moira Rose) — never broke character when Johnny lost it on everyone for not staying on top of their designated tasks. 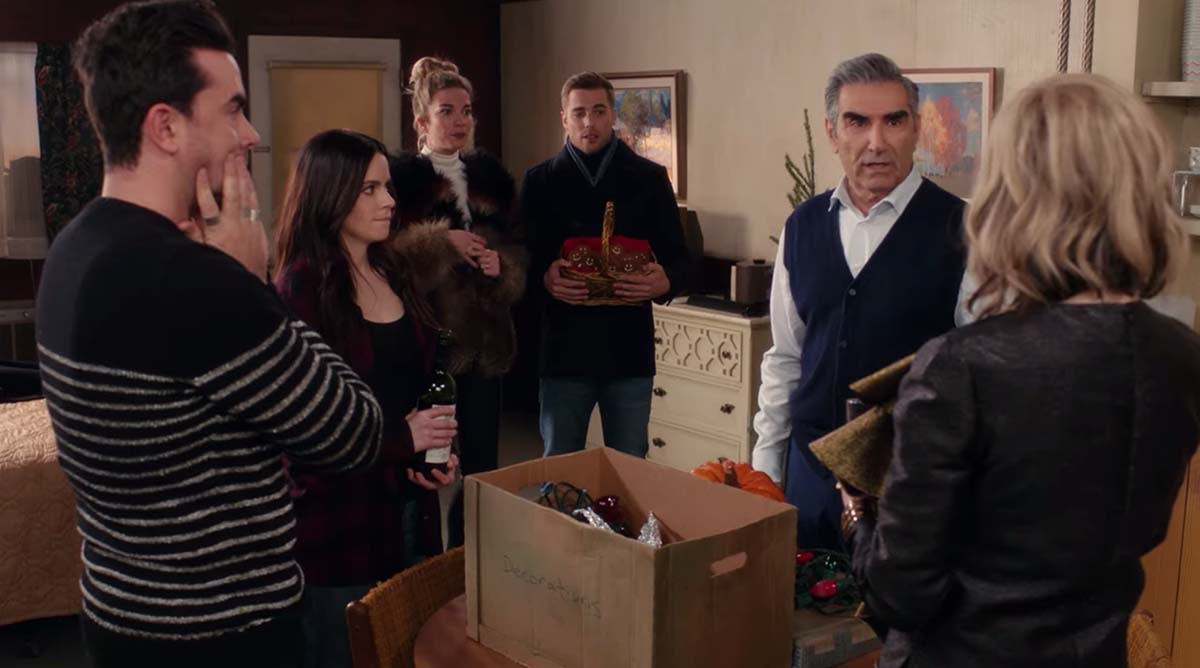 “I don’t think we did break during that scene. I think there was something that came over us that was very, like, the spirit of the holiday. We all really got into that and got into watching Mr. Rose freak out but seeing how kind of sensitive it was for him,” Hampshire, 40, exclusively told Us Weekly while promoting her latest campaign with Jim Bean. “I think we actually kept it together then.” 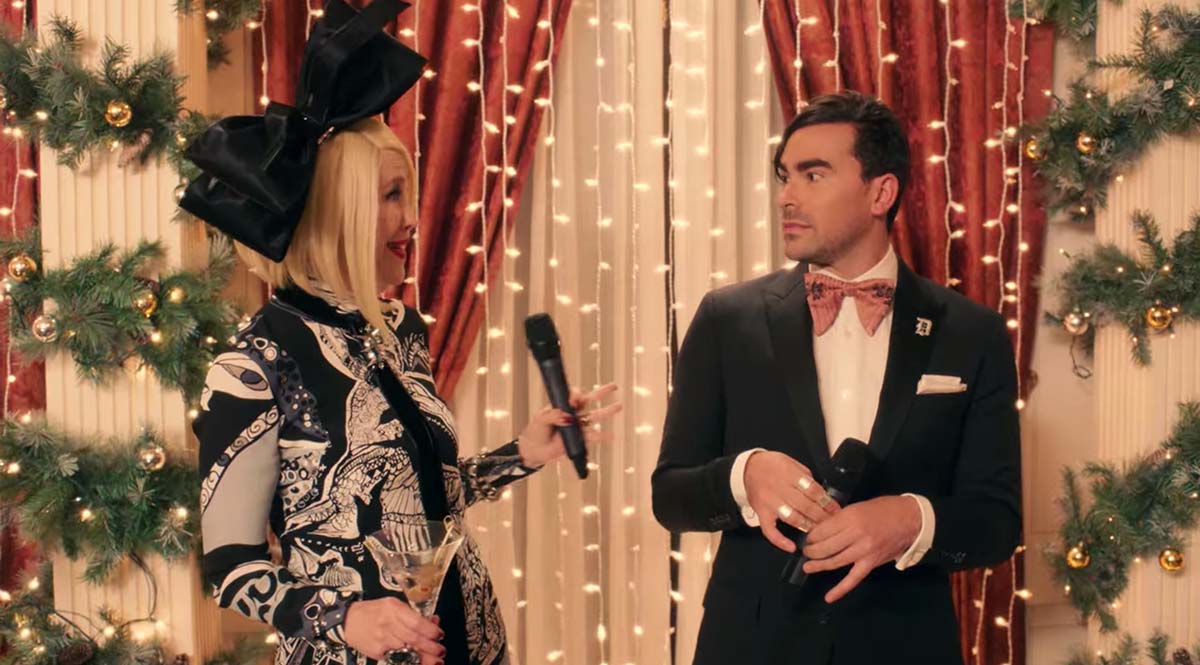 Johnny went on to have dinner at Tropical Cafe before Moira found him and took him home. While walking up to the motel he realized that the parking lot was full, and his family and neighbors are there to celebrate. The crew decorated the couple’s motel room, glued back together the once sad looking tree and the Jazzagals gave a heartwarming rendition of “Silent Night” to guests.

“I can say that every time the Jazzagals sang … it was just so innocent and so sweet,” Hampshire told Us. “It’s just these normal people singing, not trying to sound like anything fancy. Just expressing themselves. And it always kind of pulls on your heartstrings.”

So much so, that Stevie’s tears during the song were actually real. “I always felt this with anything [Johnny] did in the show. That it was the sweetest slash saddest thing to see how much he wanted to make a good holiday for his family. And that tree, that, sad, sad tree,” she recalled. “I remember there was a moment I think, where David was like, ‘Are you crying?’ Because I was listening to the Jazzagals. And I remember on the day, it really just made me cry. It really moved me. It was so lovely. And of course, Stevie and me would be like, ‘No, I’m not.’”

Schitt’s Creek ran for six seasons on Pop TV from 2015 to 2020. The former costars “never got to do holiday stuff while” shooting, but they’ve reunited countless times since the show wrapped.

And when they see each other, Hampshire most likely will have Jim Beam Bourbon Cream in hand.

“The last two years Schitt’s Creek really came to be the big thing it became from everybody being in quarantine and needing some goodness in their life,” she told Us, referring to the series gaining a new audience from Netflix streaming. “And it’s kind of a chosen family, the Roses, which I feel like now that we can see our family and even friends and stuff in a safe way, I think we all really want to relish it and not kind of do all the superficial formalities of the holidays. And that’s what really resonated with me with Jim Bean — to just sit down and just be with the people you probably haven’t seen in so long, or even the people who you see every day, but you’ve been on Zoom. I feel like they have really hit that moment in time right now with the campaign. I was going to say smart, but it’s also just genuine. I really do want to sit down with my family, and I do want to sip from Jim Beam Bourbon Cream. I want to put it in my hot chocolate. It just feels good. It’s the real deal.”