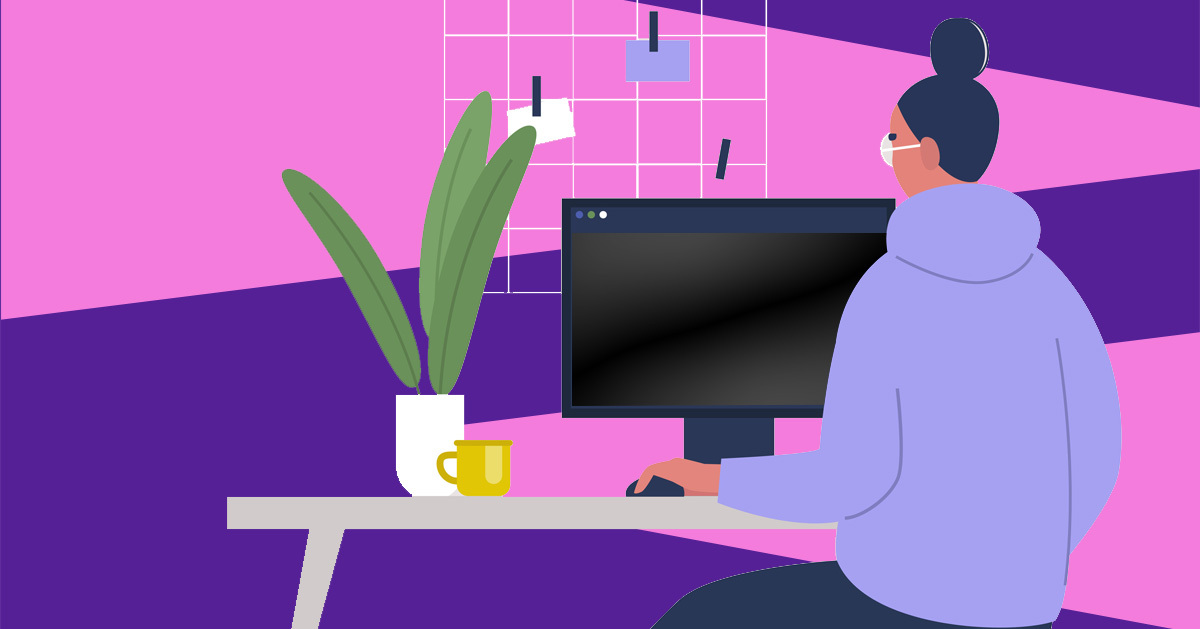 Do you ever wake up feeling hopeful and positive, reach for your phone, check Twitter (or Instagram or Facebook) and next thing you know you’re filled with dread?

You’re not alone. You might be experiencing emotional contagion.

Emotional contagion is when we see someone expressing an emotion and then it becomes ‘contagious’ and we begin to feel it ourselves. Simply put, you can ‘catch’ emotions.

Think about how you’d feel after chatting with a friend who’s excited about their new job. You’d probably be happy for them and excited too.

Or how about after meeting another friend who complains constantly. You might feel deflated and as fed-up as they do by the time your conversation ends.

This is normal, but most of the time we don’t know it’s happening. That’s because we’re unaware how often we catch emotions from others – and then believe they’re our own – our moods and our mental health can suffer as we’re often at the whim of someone else’s feelings.

But if this process is automatic, how can we stop it? Or at least lessen its effects?

Here’s how you ‘catch’ an emotion

According to social psychologist Dr Elaine Hatfield, one of the first to study emotional contagion, there are three steps to catching an emotion.

Let’s take the example of meeting a happy friend. The first step is mimicry, when you copy someone else’s body language, facial expression or posture. If your friend is sat up straight and smiling, you might do the same. The next is feedback, this is the feeling you get after mimicking your friend. Because you’re sat up straight and smiling, you might feel happier. The final stage is contagion, when you now feel the same emotion as your friend.

People who study emotional contagion believe it’s rooted in connection because it can be a good thing, especially with positive emotions, like sharing happiness and joy with family at a celebration that might ultimately bring you closer together. Even negative emotions might allows us to empathise with others or encourage us to join causes because we are able to feel someone else’s hurt and despair.

But too often we get swept up in other people’s negative emotions – especially online. Although mirroring body language was long believed to be a necessary part of the process, experts now think it can happen virtually too.

It doesn’t need to be a long email from a close friend – you can catch emotions from updates you might have only seen briefly.

This was the finding in a 2012 study carried out by researchers from Cornell University. They worked with Facebook to find out whether emotional contagion could happen on the social media platform. They manipulated the updates in some people’s News Feeds to be more positive – and others more negative.

This was a controversial study because it manipulated the emotions of Facebook users without their consent. But it suggests that, yes, we can catch emotions from what we see online.

Similar studies have found the same emotional response from tweets on Twitter and videos on YouTube, too.

Why emotions are so catching right now

This is important right now because we’re all spending much more time online.
But time isn’t the only factor. A lot of the photos, updates, comments and news headlines we see when we scroll at the moment are extremely emotionally-charged due to the pandemic, job losses, mental health struggles and a whole lot of boredom.

But there are things we can do to turn doomscrolling into joyscrolling – or at least better protect ourselves from ‘catching’ emotions every time we open our favourite apps.

Be mindful that you might be vulnerable to catching emotions online – just reading this might help you spot when it starts to happen.

Imi Lo, a psychotherapist who works with emotionally intense and highly sensitive people, and author of Emotional Sensitivity and Intensity, tells Metro.co.uk: ‘When certain feelings seem to come out of the blue, for no apparent reason, or it feels unusual to the way you usually are, it’s time to pay attention.’

Can you identify where a particular emotion came from? Sometimes this is challenging to pin down. But Imi explains the more we look deeper and ask ourselves honestly how we’re feeling, the easier it might become.

‘Any form of personal development work that involves self-reflection, introspections and the development of self-awareness would be helpful,’ she adds.

If you become aware of where your emotions are coming from, you can avoid triggers.

‘The more you can reconcile with your emotional tender spots, knowing where you are likely going to be triggered, and coming to terms with the unhealed places in yourelf, the more resilient and grounded you would feel,’ says Imi.

This will be different for everyone. But don’t try to tough it out. Either avoid some platforms, certain types of posts or unfollow and mute people, accounts or phrases.

Imi recommends we shift our mindset when we’re scrolling to one of an observer.

‘Imagine yourself as an anthropologist, or a visitor from outer space,’ she suggests. ‘Allow what you see and feel to be information, rather than seeing them as threats.’

We can’t always stop ourselves from catching emotions, but we can learn to manage them when we do.

‘Breathing and grounding exercises when you feel wobbly can be helpful,’ Imi recommends. ‘When you sense that you’re overcome by strong emotions that you can’t yet make sense of, notice how you hold your breath, and consciously give some room to those tight places within yourself.’

She also suggests using visualisation techniques to prove to yourself that emotions can easily come and go.

‘Imagine yourself as a tree,’ she explains. ‘Your trunk is big and strong, your roots solidly planted into the ground. When the wind blows, your leaves ruffle, but you remain grounded.’

Remember: if you can catch emotions from people, they can catch them from you too. There’s no need to censor everything before you share it online.

But do question whether that Twitter rant that everyone who follows you would see could be shared in a more private WhatsApp group chat instead.

Screen Time by Becca Caddy (Bonnier Books) is out now.