EXCLUSIVE: Creatives from Jax Media and NBCUniversal International Studios have talked up “subverting traditional narratives” by bringing “heart and warmth” to upcoming Channel 4 religious comedy Everyone Else Burns.

The Simon Bird-starrer is the first to hail from Jax’s UK office, headed up by former Baby Cow exec Molly Seymour, and follows a family in a religious sect who believe the world is going to end. Bird stars as misguided patriarch David, with Kate O’Flynn, Lolly Adefope, Kadiff Kirwan and Morgana Robinson opposite the Inbetweeners alum.

Speaking to Deadline, Jax President Brooke Posch and Seymour said creators Dillon Mapletoft and Oliver Taylor never intended to poke fun at the subject matter. Each character goes on their own personal journey and there are nuances to the way in which they relate to their hyper-religious upbringing. The writers, who are currently working on an adaptation of their stage show Fix My Brain with Sex Education indie Eleven, were inspired by fast-paced, warmhearted comedies such as Brooklyn Nine-Nine.

“It’s easy to punch down in comedy and just write hard jokes that make fun of communities but it takes very skilled writers to bring heart and warmth,” said Posch. “Dillon and Oliver were aiming for that delicate balance. Family dynamics can be hard to talk about and this is essentially a family comedy where the stakes happen to be based on religion.”

Kelsey Balance, co-producer NBCUniversal International Studios’ Senior Vice President, Scripted Programing, said the creative team “kept an eye on whether [the show] was being written with love” throughout the development process.

“We were trying to show that you can come of age at any age,” explained Balance. “At its heart is the family who are essentially a community and then the absurdity and subversiveness arises from certain situations.”

And the “subversion of traditional narratives” is a theme that Emily in Paris, Russian Doll and Broad City producer Jax always aims for, according to Posch, who was upped to President a year ago.

“Giving voice to characters who are not typically portrayed on screen is what we try to do,” she added. “Saying ‘this is unlike anything you’ve seen’ can be a tricky sell but at the same time we do it well and prove that we can break into the zeitgeist.” 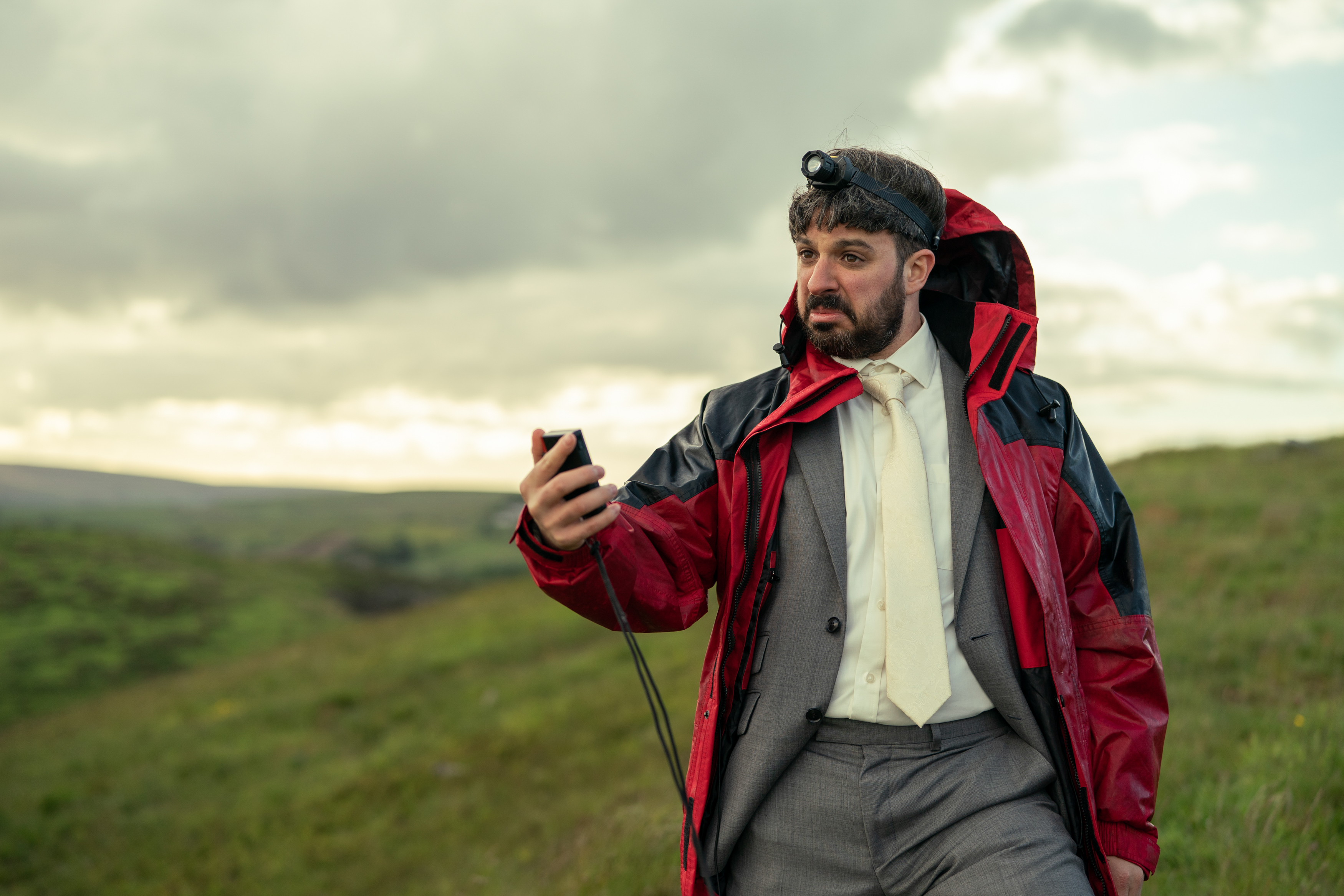 Sporting a memorable bowl haircut, Inbetweeners and Friday Night Dinner star Bird was praised by the execs for the way in which he embraced the subversiveness, with Seymour stating “we heard Simon Bird’s voice when we first read the scripts.”

“He was always on the vision board,” added Balance. “Simon brought so much to the role and ending up being a great collaborator by bringing it to life.”

‘A case study in development’

Seymour also paid tribute to the writers, Channel 4 and NBCUniversal International Studios – which provided deficit financing and is shopping globally – for the pace at which the show went from script stage to screen, around three years, the majority of which included the Covid-19 pandemic.

“This felt like a case study in UK development,” she added. “We put this down to a lot of hard work and incredible scripts coming at an amazing pace.”

For Seymour, the launch of Everyone Else Burns marks a huge moment for Imagine Entertainment-owned Jax as its debut UK original to hit the screen and she revealed her hub is working on a BBC sitcom and projects with Channel 4 and Showtime.

“The goal here is to work with UK talent and shoot UK shows but always have themes that can transcend,” she added. “Brooke and I work as a team that can shop shows in both places. If something feels specific and universal at the same time then that is a sweet spot.”

Having sold the likes of Channel 4’s We are Lady Parts and BBC Dolly Alderton drama Everything I Know About Love globally, both of which were picked up by NBC streamer Peacock, NBCUniversal’s Balance said Everyone Else Burns represents the new way of thinking about “local for global shows.”

“As an American working in international I find it funny when people look at these things so traditionally,” she went on to say.

“Any show now comes from where it comes from and the more specific it is, the more universal it is. We are hesitant to say we are designing global shows because people suddenly think of sci-fi thrillers or KGB agents, but really it’s about characters and perspective.”