A look at Frederick Douglass’ fight for freedom and the Constitution

A first-edition copy of the U.S. Constitution from 1787 – one of only two still in private hands – will be auctioned by Sotheby's next month and is expected to fetch bids of up to $30 million.

Thirteen of them are still in existence, 11 of which are on display for the public at various locations, including the Historical Society of Pennsylvania, the Library of Congress, the Delaware Hall of Records and the Huntington Library. 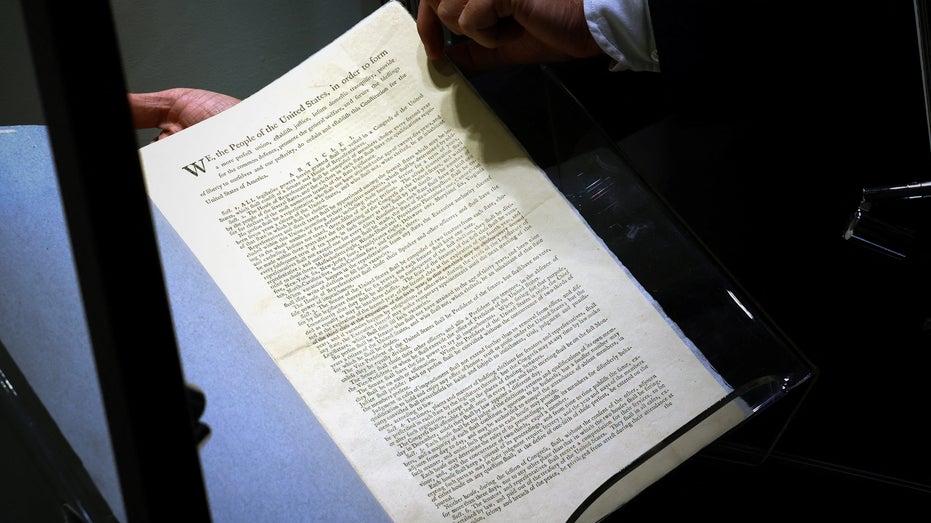 Sotheby’s Books & Manuscripts specialist Richard Austin handles one of only two privately held copies of the official edition of the Constitution of the United States of America. (Reuters/Mike Segar / Reuters Photos) 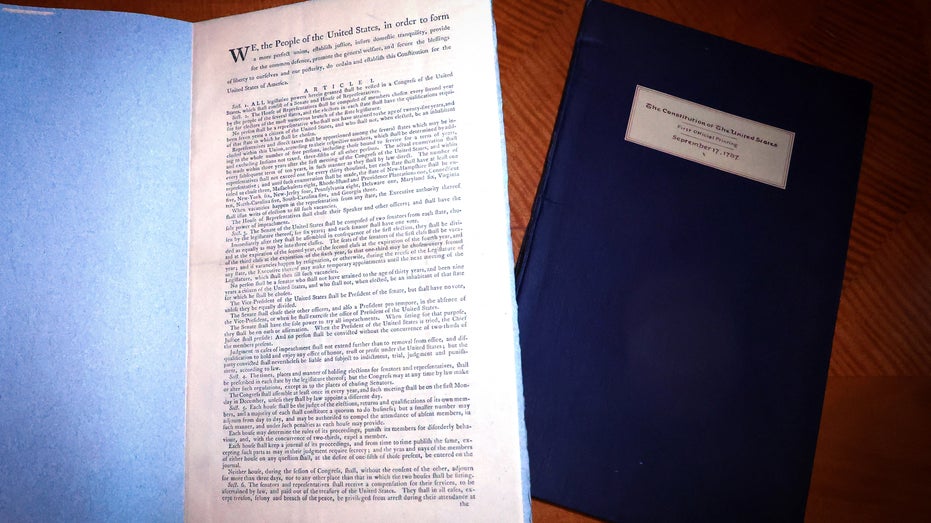 One of only two privately held copies of the Constitution will be up for auction. (Reuters/Mike Segar / Reuters Photos)

Last year, Sotheby's auctioned off the only other privately held copy for $43.2 million to Chicago hedge-fund billionaire Kenneth Griffin, who loaned it to Crystal Bridges Museum of American Art.

Griffin had to outbid ConstitutionDAO, a decentralized organization that raised more than $40 million worth of cryptocurrency for the auction.

"The unprecedented sale result we achieved for the Constitution last November was a truly unique and inspired moment – one that signifies not only the extreme rarity of first printing copies of the Constitution available for private ownership, but also the enduring importance and influence of the Constitution as the ultimate expression of the democratic principles that inform our daily lives more than 200 years since it was first written," Richard Austin, global head of books and manuscripts for Sotheby's, said in a statement. 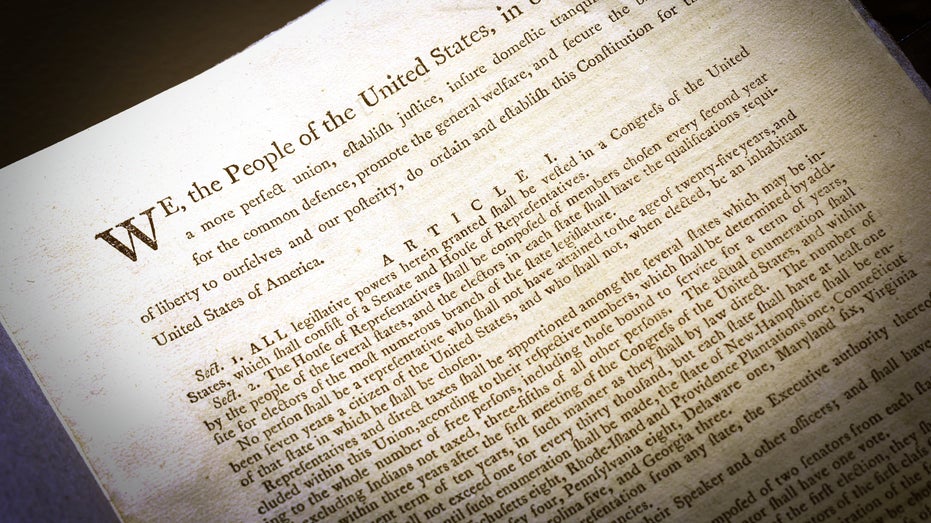 A portion of one of only two known copies of the official edition of the Constitution of the United States of America. (Reuters/Mike Segar / Reuters Photos) 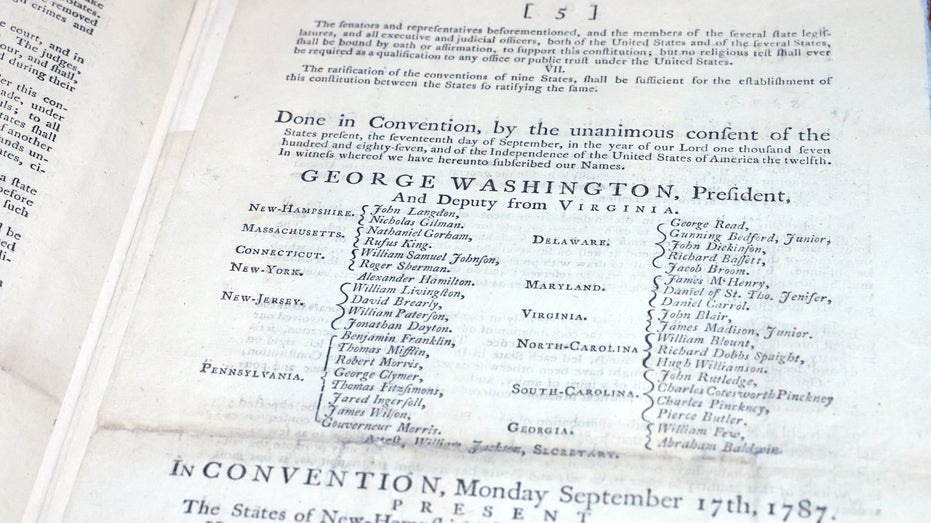 The only other privately held copy of the U.S. Constitution was auctioned off for $43.2 million last year.  (Reuters/Mike Segar / Reuters Photos)

The edition going up for auction next month last appeared at auction in 1984 in Philadelphia, when it was acquired as a gift for Adrian Van Sinderen.

"A year later after the record-breaking sale, we hope the remarkable opportunity to acquire one of two privately owned copies of the Constitution will inspire a similar response that galvanized the public last year," Austin said.