Some of Australia’s top universities have called in a Chinese Communist Party expert to detect foreign interference risks, including auditing academics from at least one institution to see if they have secret secondary jobs.

The universities of Sydney, New South Wales, Monash and Queensland have all engaged former journalist and government adviser John Garnaut through consultancy firm McGrathNicol in a move designed to reassure the federal government they are taking the issue seriously. 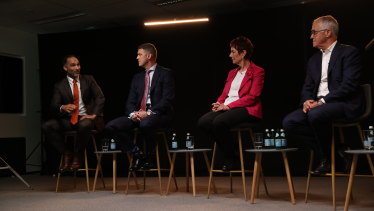 Mr Garnaut’s appointment follows the introduction of the Foreign Influence Transparency Register, which requires people acting for overseas governments to declare their activities, and the refusal of several academic funding grants by the Education Minister last year on security grounds.

There have been growing fears in the West, including Australia, that the Chinese government is using academic talent programs to acquire intellectual property that can be put to military use.

“I will be watching with interest to see how successful they are in implementing John’s advice,” he said.

Mr Garnaut declined to comment on this story but provided a remark he made to a closed-door hearing of Senator Paterson’s committee where he said most Australian universities had rapidly started building resilience to foreign interference.

“They are doing so through different pathways, at different paces and from different starting points,” said Mr Garnaut, who also does work for technology companies, infrastructure firms and state and federal departments.

“This testimony would be very different if we were delivering it three years ago, or even six months ago. While there is a long way to go, the shift in approach has been far reaching.”

His collaborator at McGrathNicol, Matt Fehon, said the firm’s work recognised the importance of international research collaborations while managing risk and helping universities to assess conflicts of interest.

A spokesman for the University of Sydney said its international engagement was vital to supporting educational, research and commercial partnerships with other universities, including in China.

But he added the university was awake to increasingly sophisticated security threats. “We take these risks seriously and work carefully and diligently to identify and manage relevant risks in a constantly changing legal and operating environment,” the spokesman said. 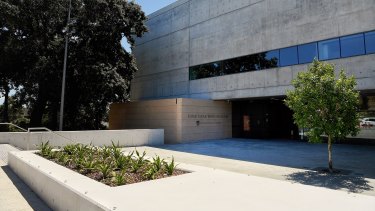 The Chau Chak Wing Museum at the University of Sydney is named after a businessman who won a case against John Garnaut.Credit:Kate Geraghty

A Monash spokeswoman said the university had contracted a specialist counter foreign interference team from McGrathNicol, including Mr Garnaut, since the release of new government guidelines in 2019.

While Monash still valued and worked with international partners, the spokeswoman said parts of Australia’s security regime for universities made it more difficult for potential overseas partners.

“The process to enter into formal partnership agreements with global prospects is now very complex and raises additional risk from any institutional partner’s perspective, as the legislation gives unfettered discretion to the minister to cancel agreements at any time,” she said.

Sophie Loy-Wilson, a senior lecturer specialising in Australian-Chinese history, said concerns about foreign interference had led to an opaque regime of controls that made academics like her afraid to collaborate with Chinese counterparts.

“I’m angry that something that I’ve dedicated my life to, which is trying to understand the relationships between Australians and Chinese people, is now being thwarted,” Dr Loy-Wilson said.

Another University of Sydney lecturer, David Brophy, whose research is primarily on China’s autonomous Xinjiang region, which is home to the repressed Uighur minority, said some rhetoric about the threat of technology transfers was overblown.

“It’s in the context of talking about scientific exchange,” Dr Brophy said. “It’s not some set of secret instructions to ethnically Chinese people in Australia.”

A University of Queensland spokeswoman said it had completed a three year set of works to update its policies and increase disclosure requirements, which required staff to complete registers disclosing other paid employment, work on sensitive technology or anything else required by the influence register.

“As part of this program, UQ commissioned an external audit by John Garnaut at McGrathNicol to assist the University in ensuring secondary paid employment has been adequately disclosed,” the spokeswoman said.