It’s been nearly a decade since Andrew “Twiggy” Forrest and his wife Nicola Forrest dropped $65 million on a rather grandiose plan to launch a modern-day Rhodes Scholarship in Perth.

But since then, the mining billionaire’s Forrest Research Foundation, which aims to attract the best and brightest academic stars from around the world to the city’s five universities, copped a COVID-induced roadblock, thanks in no small part to Perth’s status as the most isolated outpost of Fortress Australia since 2020. 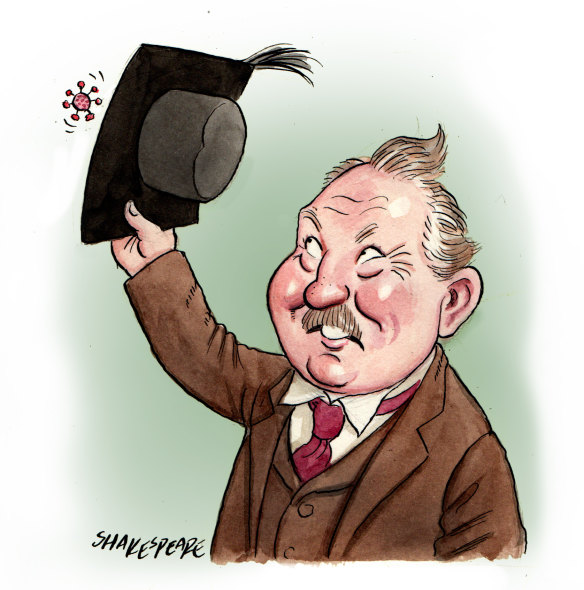 Twiggy wants to be the next Cecil Rhodes.Credit:John Shakespeare

But with borders open and life somewhat back to normal, the Forrests want that to change, drafting James Arvanitakis, a former pro-vice-chancellor at Western Sydney University and executive director at the Australian-American Fulbright Commission, to run the foundation.

As director, Arvanitakis will oversee a big rebranding of the foundation. He told CBD he was excited about the challenging task of bringing the world’s sharpest minds to Twiggy’s Perth.

“It wasn’t the easiest to bring the best and brightest into Perth [during the pandemic],” he said. “But every country had its challenges when it came to COVID. We want the city to become a cultural leader as well as an intellectual hub.”

We admire the optimism.

The Millennials are pouring into parliament, with Labor’s election win delivering a younger, more diverse crop of rookie MPs. And with that comes a more diverse set of pecuniary interests – mining shares and blind trusts are out; cryptocurrencies are in.

Labor’s new MP for the Melbourne seat of Holt, Cassandra Fernando, has declared an investment in cryptocurrency through Singapore-based currency exchange crypto.com on her disclosure form.

And Sally Sitou, who won the key Sydney marginal seat of Reid back for Labor, has crypto interests too – her partner, Rui, invests in Ethereum. We hope they didn’t lose too much. Sitou has a fairly techie portfolio of her own, with shares in Amazon and Tesla. 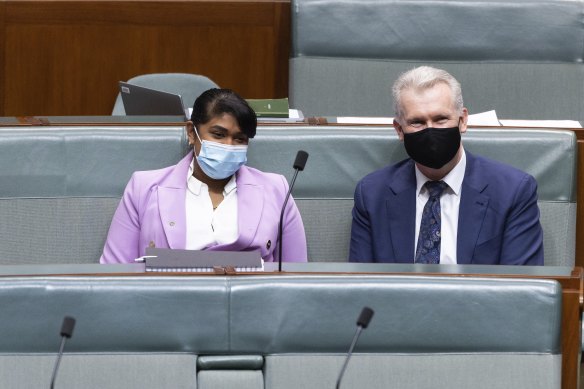 Meanwhile, the Minerals Council of Australia rather cheekily gifted independent member for Goldstein Zoe Daniel a book and tote bag. Probably not enough to sway the teal from her calls for a 60% emissions reduction, but a nice try.

But there’s no such pain for the CBA executive. The bank’s results, released this week, showed Comyn got a major payday, with his salary increasing from $5.1 million in 2021 to $6.9 million in 2022. Deputy chief executive David Cohen also saw a big bump, with a salary rise from $3.8 million to $4.6 million. 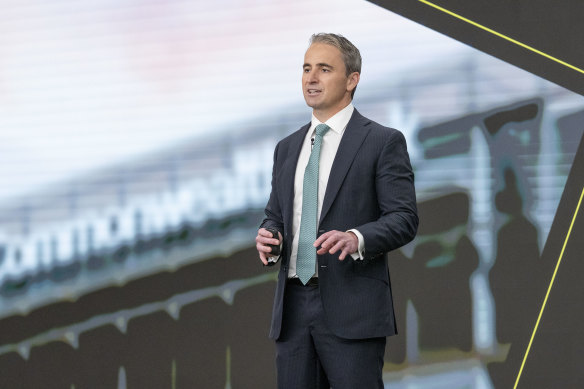 Commonwealth Bank chief executive Matt Comyn won’t be feeling the interest rate pinch as much as most.

In fact, it was raises all around for Comyn. The bulk of the boss’s pay rise came from previously granted equity awards vested, a way of saying past bonuses that were contingent on hitting targets have come through. But even his base salary went up by a cool $200,000, to $2.5 million.

According to the bank, fixed remuneration for executives is regularly reviewed “to ensure it is sufficiently competitive and reflects role scope and accountabilities”.

Fixed pay increases averaged 3.6% and were received by half of the bank’s 10 key executive management personnel, including Comyn, all of whom saw their total pay go up in the last year.

There are many strange things about St Paul’s College, the all-male residential institution at the University of Sydney that has produced its fair share of prime ministers, business leaders and senior judges.

Beyond the cult-like hazing rituals, ostentatious displays of wealth, old-school tie elitism and stubborn refusal to admit women until the year of our lord, 2023, there is the school’s weird fetishisation of the British Empire. This is, after all, the institution that once held a “British Raj” themed formal, complete with brown-skinned waiters serving cocktails to the largely white, GPS-educated chaps.

But the pinnacle of that imperial nostalgia has to be Victoriana, the college’s Very British annual variety show, which, after running for more than half a century, returns to the stage next month after a two-year pandemic-induced absence.

The show is a misty-eyed musical paean to Victorian England, with sea shanties, silly costumes and, traditionally, a fair few songs that might be deemed … problematic. Attendees are expected to show up in White Tie and belt out a stirring rendition of Land of Hope and Glory to close proceedings.

The Andrews government has keenly publicised many an incremental step in its prized level crossing removal program, determined to extract every bit of good PR from the infrastructure project.

But it seems the agency charged with delivering the project is less keen to explain how it selected the particular crossings earmarked for overhaul. 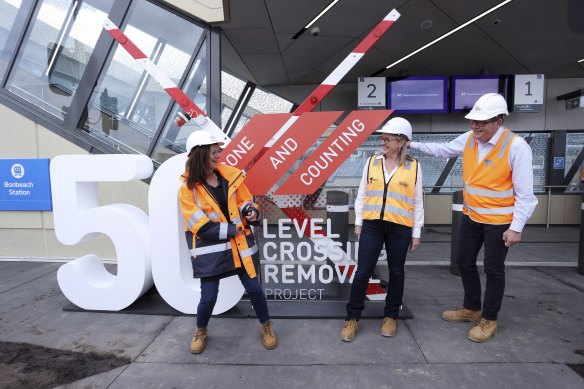 Last year, Strathmore resident Brian Duggan lodged a freedom of information request for data used to select the 51st to 85th crossing removals, along with multiple other factors used to determine which projects should proceed.

He wanted to know why so many crossings had been removed in south-eastern suburbs.

The level crossing agency rejected the request, arguing it would be “contrary to the public interest”.

The parties will soon appear before the Victorian Civil and Administrative Tribunal, with the agency determined to defend its decision with a preliminary hearing next month and further hearings likely after the election.

CLASH OF THE COALITION

The preselection comes after Ryan, who held the seat by 14.5 per cent in 2018, announced she was retiring earlier this year.

The open contest with no incumbent means the Liberals can also run a candidate against their Coalition partner, preselecting Brad Hearn.

The Nationals were quick to spruik Cleeland’s agricultural credentials in a statement, explaining she runs a superfine merino wool property and bee apiary in Tarcombe in the state’s north. She was also a national agricultural reporter and editor of Stock & Land.

Most Viewed in National