The musician known for the viral TikTok clips of her song “Deep End” has no interest in being pigeonholed. 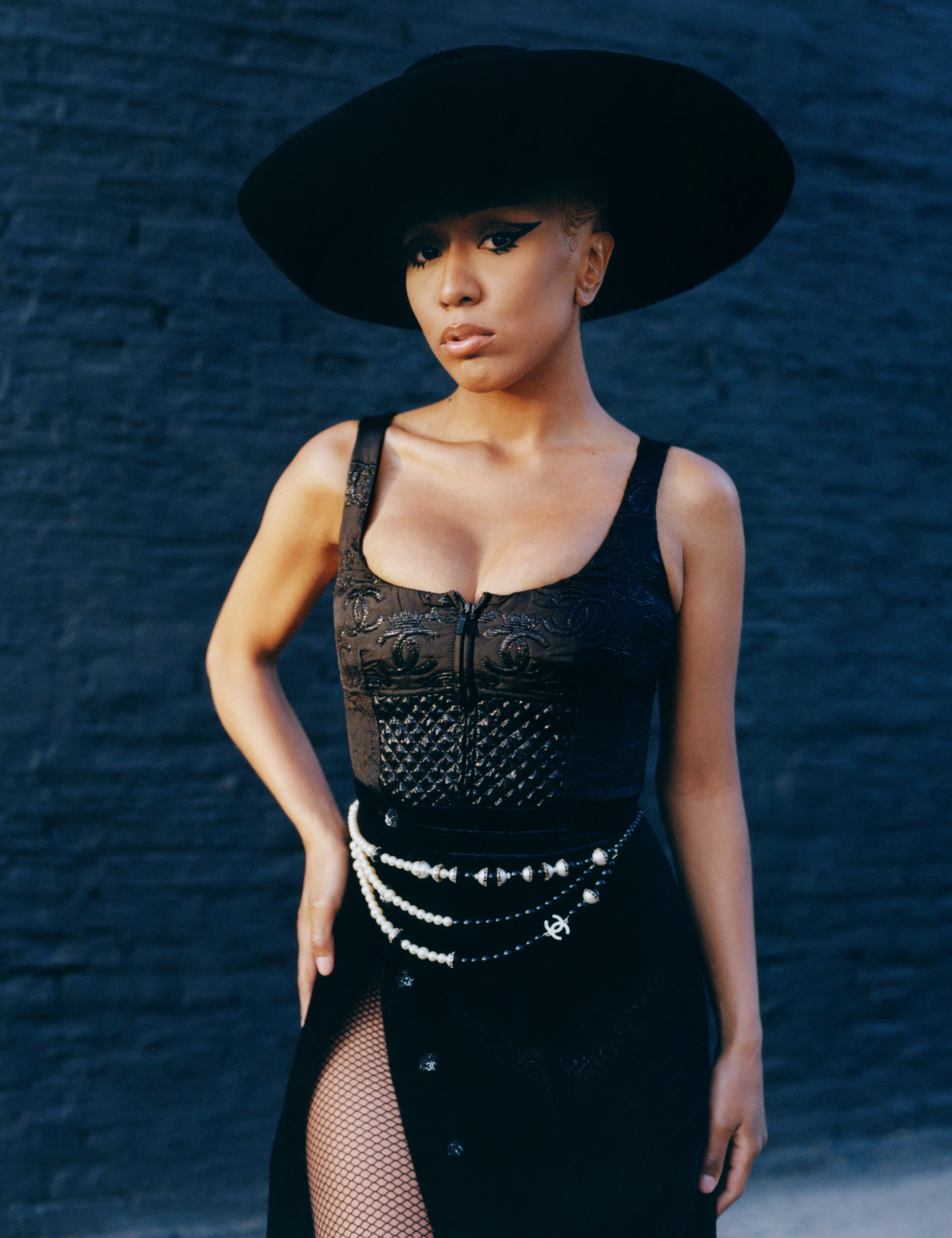 If you’ve spent any time on TikTok in the past year, you’ve probably heard Fousheé’s soft, slyly commanding voice. Clips of her singing “I’ve been trying not to go off the deep end / I don’t think you want to give me a reason,” and “Shawty, go get that paper,” both pulled from her song “Deep End,” have been used 3.5 million times—over makeup tutorials, dances and cooking videos from around the globe. Now, she’s poised to make an even bigger impact with her debut album, Time Machine, out later this year. (The video for the first single, “My Slime,” just dropped today.) In an interview for W’s annual music issue, the up-and-comer talks viral fame, the wage gap for Black content creators, and her eclectic sense of style.

You had a big moment on TikTok in April 2020, after the rapper Sleepy Hallow used a sample from your song “Deep End.” What was that like?

I didn’t find out until millions of people were using the clip as a sound for their videos. People were like, “Who is this person?” I made a TikTok saying it was me, and people were like, “Drop your version.” Two parts of the song ended up going viral: the “deep end” part and the clip “Shawty, go get that paper.”

Do you like being referred to as a TikTok artist?

I was actually very new to TikTok when that happened, so I would not say I’m a TikTok artist at all. I’m just an artist. I was on that independent grind. And TikTok is pushing talent to the top very fast, straight to the people. The power is in our hands.

Chanel top, skirt, leggings, and shoes; her own necklaces.

Chanel top, skirt, boots, and bag; stylist’s own tights; her own necklaces.

Do you consider yourself a post-genre artist?

Labels are so diminishing. One blog said I was a neo-soul artist. And I’m a fan of neo-soul, but to be pigeonholed into a specific genre makes me feel misunderstood. It can be neo-soul, it can be R&B, it can be hip-hop, but it’s also pop; it has elements of rock. “Deep End” was Top 10 on Billboard’s Alternative Airplay chart, and it was the first song by a Black woman to do that in 32 years, since Tracy Chapman. So fuck labels.

How is the music you make a reflection of what you listened to growing up?

My mom immigrated to the U.S. before I was born. In Jamaica, she was a drummer in a band, and she played a lot of Bob Marley. I grew up on hip-hop and R&B, rock, blues, jazz, pop. And now I really love electronic and lo-fi. I’m a fan of songwriting—Carole King, the Beatles. Frank Ocean was the first person I heard on a mainstream level who was writing in a way I had never heard. It was so stream of thought, and that really made me reanalyze my approach to writing.

Are you more of a gown, suit, or pajamas person?

I’m trying to be, like, the Black Björk. [Laughs] I love that quirky Y2K era, when it was orange and purple and high sneakers. I’m very much not a gown girl. I love a miniskirt–crop top moment. I love cargos or loose pants. One of my favorite things is this multicolored puffer jacket that I wear everywhere. My favorite color is chartreuse, and it has chartreuse in it.

Chanel top, skirt, leggings, and shoes; her own necklaces.

You’ve talked about the importance of giving Black women creatives their due. What does that look like to you?

That means giving Black women more opportunities in the forefront. And paying them. I know a lot of amazingly talented singers who are writing for other artists behind the scenes and don’t get as much recognition. The wage gap for Black content creators is scary. Black women are where all these fucking TikTok dances come from, and we don’t get the money or recognition for it. I don’t feel like we should wait around to get it. Let’s just take it and put our foot down more and stop taking less than we deserve.