A major union head has suggested charging “free-riding” workers who benefit from pay deals negotiated on their behalf, as the movement grapples with a record-low base that he says will dash the success of recent landmark workplace reforms.

United Workers Union national secretary Tim Kennedy said multi-employer bargaining – which has been touted to help stem declining unionist numbers – won’t be “sustainable” unless membership at least doubles, adding the right to freedom of association had been turned on its head. 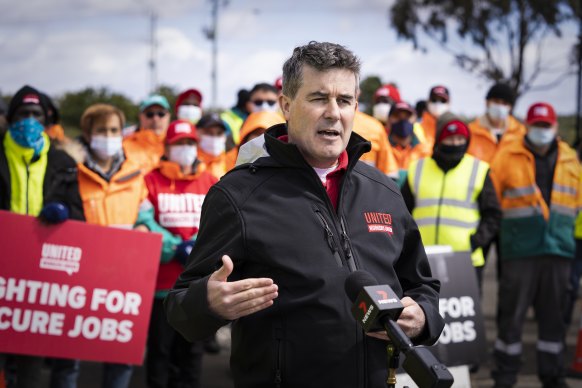 “Ultimately, we’re going to need hundreds of thousands of workers deciding to join our union – maybe a million workers – if it’s going to be sustainable in the longer term,” Kennedy said of enacting the bargaining overhaul he described as having to run “off the smell of an oily rag”.

Kennedy’s 150,000-member organisation includes early educators, whose industry will likely be the test case for multi-employer deals after both providers and workers signalled their willingness to overhaul bargaining in the low-paid, staff-strapped and highly feminised sector.

Comment was sought from the office of Workplace Relations Minister Tony Burke, who has signalled the government would sit down with early educators and their employers to hatch out sector-wide deals, after inserting a mechanism in new laws to pull the Commonwealth to the bargaining table.

Kennedy said there “is no doubt” the union movement had to constantly ensure it was relevant to societal needs, adding it couldn’t “wait for the world to come to it”.

Last month the Australian Bureau of Statistics published its latest figures on the nation’s proportion of union membership, which has tumbled to a historic low of 12.5 per cent after almost 50 years of decline.

“As it currently stands, it is an expectation this minority of works will carry the burden for up to 50-60 per cent of the workforce … so you’ve got a lot of free-riding going on,” Kennedy said.

“Most people would say to you: that doesn’t strike you as fair, does it?” 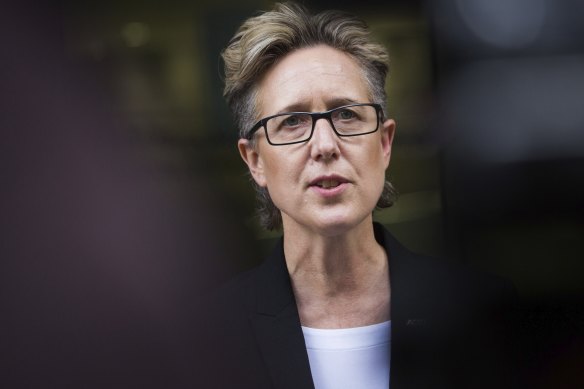 ACTU secretary Sally McManus has said that in Australia, non-union members get the benefits of enterprise agreements bargained on their behalf.Credit:Paul Jeffers

Kennedy raised the prospect of levying workers who gained the benefit of collective agreements without being union members. “You can join now, or you can pay ‘X’ fee to get the benefit,” he said. “How that would work in practice, we’re not certain.”

“The advantage of a levy rather than a membership is it gets around freedom-of-association arguments,” Wright said.

McManus told this masthead in late November that Australia had a “pretty unique system … only replicated by the south of the United States, where we have to negotiate agreements and then basically those people who don’t contribute to it still get the benefits”.

Asked whether that needed to change, she replied: “That’s not something we’ve put on the table.”

Kennedy said the right of freedom of association in Australia had been flipped on its head. “Freedom of associate laws are mainly focused on the freedom not to join a union … the premise starts from there,” he said.

“The bureaucratisation of right-of-entry is ridiculous, to be quite honest,” Kennedy said, adding that it wasn’t clear what problem it was trying to solve, “other than sow a seed that unions are not quite legitimate. That would be a great signal if that changed.”

Wright agreed: “If I was the ACTU I’d be lobbying for the government to make it easier for unions to get right of entry.”

The recently dismantled Australian Building and Construction Commission, which Burke accused of being a politicised body that pursued trivial matters and demonised unions, raised right-of-entry breaches by the Construction, Forestry, Maritime, Mining and Energy Union as a key focus before its abolition.

Australian Chamber of Commerce and Industry head Andrew McKellar described Kennedy’s suggestions as “predictable asks from a tired union wish-list driven by the self-interest of officials, rather than meeting the changing needs of workers as workplaces rapidly evolve”.

“Australians are not going to cop paying a compulsory tax to unions for so-called services they didn’t ask for and don’t use, to subsidise unions they have actively chosen not to join,” he said.

“Unions should rethink the product they are offering to working Australians before complaining about workplace entry rules that already give them a more than fair go.”