Treasurer John Frydenberg has accused Google and Facebook of “shifting the goalposts” over the proposed media code, saying the tech giants were doing a disservice to Australians by threatening to shut down their search engines.

Mr Frydenberg attacked the tech firms on Sunday for saying they would pull some of their services instead of complying with proposed laws that will make them pay for news content. 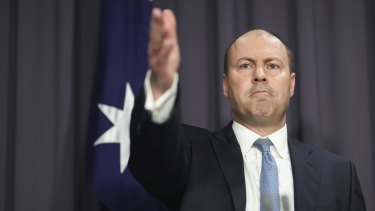 “[The] digital giants did themselves a big disservice last week when they very openly and publicly threatened the Australian public with pulling out of Australia effectively with search if legislation proceeds as it currently stands,” he said.

Google boss Melanie Silva warned at a Senate hearing on Friday the tech giant may be forced to shut down its search function in Australia. However, she said an experiment to remove local news was to collect data in case a code is implemented. “For us to be able to go into any sort of arbitration that would exist in our workable version of the code … we needed that data and that insight to prepare,” she said.

Facebook’s director of policy for the Asia-Pacific region, Simon Milner, reiterated a threat made by local boss Will Easton in September that the social media group would remove news from its main app.

Several key experts and politicians are convinced the tech platforms will follow through with threats, while Prime Minister Scott Morrison has rejected them and said the tech giants can only operate in Australia if they played by the rules.

Mr Frydenberg said regardless of the tech groups’ comments he was certain both platforms would pay for content. “My view is that it is inevitable that the digital giants will be paying for original content,” he said. “We are now in a position to implement a world leading code – one that is fair, taking into account mutual value exchange … and we think it is a fair outcome.”

Meanwhile, one of Facebook’s shareholders has described forced payments to media outlets as a stealth tax that is a major risk to the tech giants and argues the government needs to be clear on the purpose of the proposed laws.

Perpetual fund manager Thomas Rice said if the issue is about funding for media then the government needs to make that clear and tax other outlets.

“I view the biggest risk as coming from the media payment negotiations which I view as effectively an Australian stealth tax on two major global internet companies,” Mr Rice said. “If the issue is funding Australian media, then the ACCC [Australian Competiton and Consumer Commission] or government should just say that rather than trying to disguise it in anti-competitive terms.

“If that’s the issue then they should also look at taxing REA, Seek, and Carsales given that’s where classified dollars have flown.” 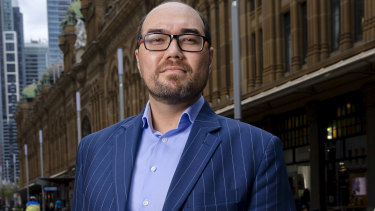 Perpetual fund manager Thomas Rice says payments to the media outlets is the biggest risk for the tech giants.Credit:Rhett Wyman

Twitter, which is not required to pay news publishers because it is not included in the proposed legislation, has written to the government and warned the laws could affect competition between the various tech giants.

“The current draft code would potentially incentivise the curation of exclusive news content on the designated digital platforms creating unfair competition and harming smaller platforms through reduced traffic and the loss of potential exclusive or breaking news content,” a submission said.

Mr Frydenberg introduced the bill to legislate the code during the final sitting week of Parliament last year. A vote on the bill is expected early this year after the committee delivers its report on February 12.

The code requires Google and Facebook to enter mandatory arbitration with media companies if they cannot reach an agreement over the value of their content within three months. It also requires the platforms to give news businesses 14 days’ notice of algorithm changes, and non-discrimination provisions have been put in place to stop the tech giants from removing content or punishing organisations that participate in the code.

Scrutiny of the tech giants goes beyond local shores. Other markets such as France, which recently struck a deal with news outlets, have been lobbying for years against the platforms. In the US, Google and Facebook are facing multiple anti-trust lawsuits.