An Irish camogie (stick and ball) player has revealed her regret at a double nightclub assault that saw her fined, but says the ‘harassment and bullying’ she has faced since has made her consider leaving the sport – and the country.

Ashling Thompson, who at the time represented her county in the female version of the game hurling, assaulted two women within 90 minutes in a Cork nightclub in February 2018.

But the 29-year-old has complained that her public profile is the reason the incidents – that saw her fined €6,000 (£5,355) – made the headlines, and that a ‘normal’ person wouldn’t have faced the same backlash.

In a candid interview, the athlete told how she had to move back to her family home after her sponsors dropped her, and how it has left her considering a career change. 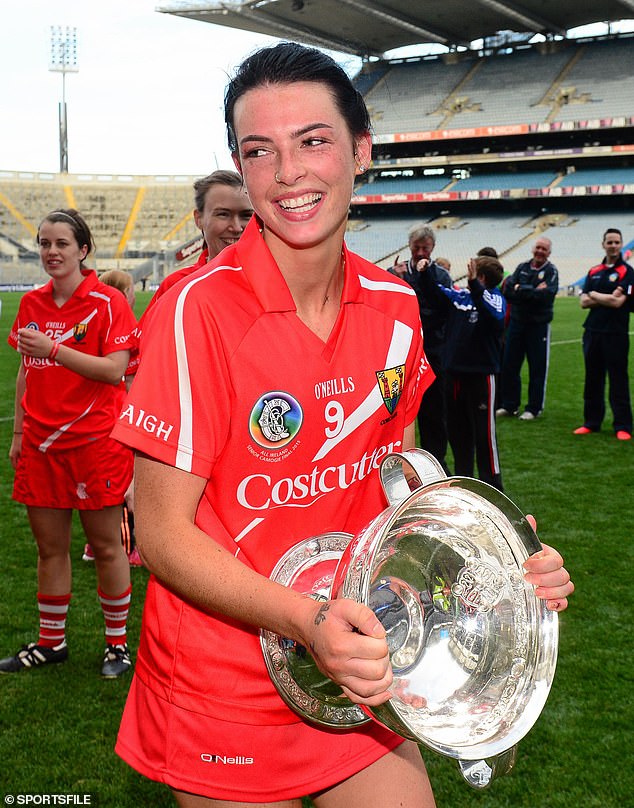 Ashling Thompson, who at the time represented her county in the female version of the game hurling, assaulted two women within 90 minutes in a Cork nightclub in February 2018. She is seen celebrating with the O’Duffy cup after the Liberty Insurance All Ireland Senior Camogie Championship Final in 2015

Speaking to the Sunday Independent’s Life magazine, Thompson said: ‘Lots of people have been in that situation, but if you don’t have a profile, it’s not news.

‘Which is not to take away from what happened, but I don’t think it’s fair at the same time, to be subjected to that.

‘I don’t think it’s fair on anyone to be subject to that sort of harassment [I’ve had]. I think it’s bullying.’

She added that while she regretted the assaults on two women, she is ‘extremely proud’ of who she is and said: ‘I’m not going to let anyone take away what I’ve achieved in life.’

The former Cork captain said she ‘is glad to have the incident behind her’.

She has taken a ‘step back’ from Cork duties and is now considering moving to Australia to play in Australian Football Women’s League; the AFLW. 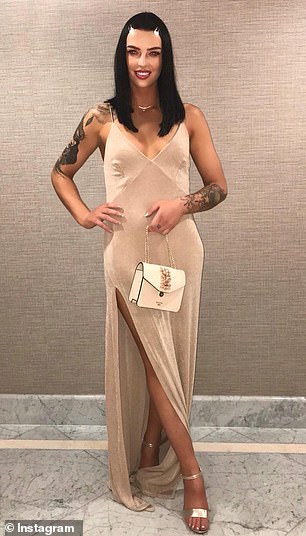 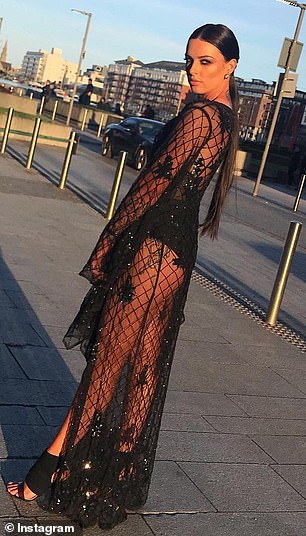 Ashling Thompson, who at the time represented her county in the female version of hurling, assaulted two women within 90 minutes in a Cork nightclub on February 25, 2018

Her solicitor described her as ‘intoxicated’ on the night of the assaults, February 25, 2018, and said alcohol clearly didn’t suit his client.

She pleaded guilty to assaulting Jennifer Coakley, 26, and Aoife O’Flaherty, 23, on the same night in the same club – Secret Garden in Rearden’s, Washington Street in Cork city.

Irish newspaper Corkman reported in June that a judge was told Ms Coakley was assaulted when she approached Ashling, as she was speaking to a male.

Camogie is an Irish stick-and-ball team sport played by women; it is almost identical to the game of hurling played by men.

Camogie is played by 100,000 women in Ireland and worldwide, largely among Irish communities.

It is organised by the Dublin-based Camogie Association or An Cumann Camógaíochta.

UNESCO lists Camogie as an element of Intangible Cultural Heritage.

It is part of the Gaelic Athletic Association – an Irish international amateur sporting and cultural organisation.

When Ms Coakley spoke to the man, Ashling reportedly struck her, hitting her in the jaw with her elbow, the court heard.

There were discrepancies between the original statement and Victim Impact Statement from Ms O’Flaherty – who said she had been hit in the back of the head.

She avoided a conviction but was ordered to pay €6,000 to her victims and two charities.

Court records show that, during the case, the camogie ace lost all but one of her sponsors that she used to support herself and was forced to move from her flat in Cork city back to her family home in the north of the county as these sponsors were her source of income, with camogie being an amateur sport.

Her solicitor also cited the strain her family were put under by a tabloid paper putting the story on its front page, and a reporter from a tabloid paper turning up at Thompson’s family home.

In the sit down with Life magazine, Ashling also spoke candidly about her mental health and ‘previous traumas’, referring to a car crash in 2009 and the suicide of her on-off boyfriend just weeks before his 21st birthday. 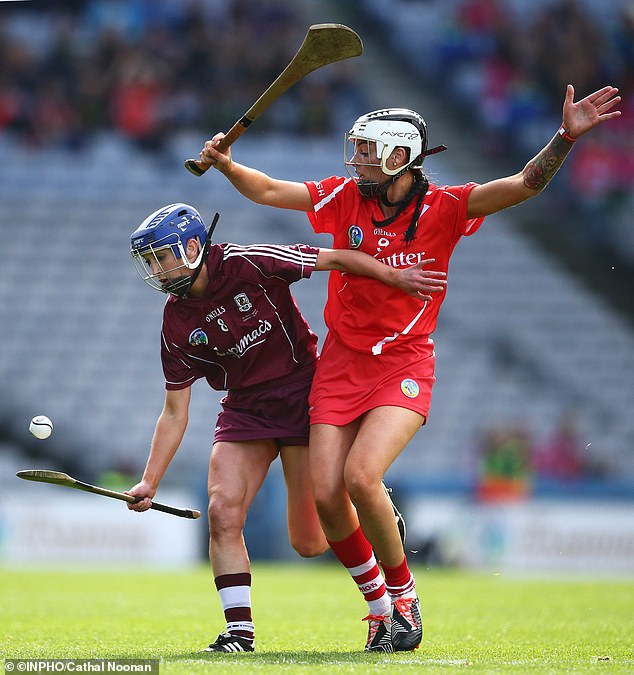 The car crash left her with severe muscle damage to her back and neck when she was playing regularly for Cork and she told Life Magazine that the ‘what ifs’ – weighed on her heavily, slumping her into depression.

She describes the sport as a ‘coping mechanism’ and ‘life or death’.