Gigi Hadid is making sure the father of her baby daughter has the best birthday bash ever. For Zayn Malik’s celebrations as he turns 28, she’s got him a bunch of old school video arcade games to enjoy.

Even though Zayn Malik is celebrating his first birthday as a father, girlfriend Gigi Hadid is making him feel like a kid again by renting out classic arcade video games for his party. The 25-year-old supermodel shared photos to her Instagram stories on the night of Jan. 12 — Zayn’s 28th birthday — showing PacMan, The Simpsons, Donkey Kong and other large arcade video games set up in a row, with plenty of festive colorful balloons surrounding the machines. Gigi even had party hats made that featured Zayn’s face covering them, in honor of what she called “Z-day” in one IG snapshot.

In another photo, Gigi could be seen showing off her flat tummy in a black blouse tied at her chest, showing her bare tight abs that look so killer just four months after the birth of the couple’s baby girl. Gigi paired them with funky black jeans that had colorful space-age patterns throughout, with planets and stars. She even held a celebratory orange cocktail in a martini glass.

The party was a long time in the making and Gigi put so much thought into it. She also enlisted mom Yolanda Hadid‘s help in coordinating it. “Gigi and Yolanda had been planning Zayn’s birthday for months because they really want to make his day special. But Yolanda and Zayn’s personal assistant, Taryn, were the ones doing all the heavy lifting so to speak and running around town when Gigi was pregnant. Then Yolanda wanted to let Gigi just relax with Zayn and their baby while she and Taryn got everything prepared,” a Hadid source tells HollywoodLife.com EXCLUSIVELY. The couple welcomed their baby girl in Sept. 2020. 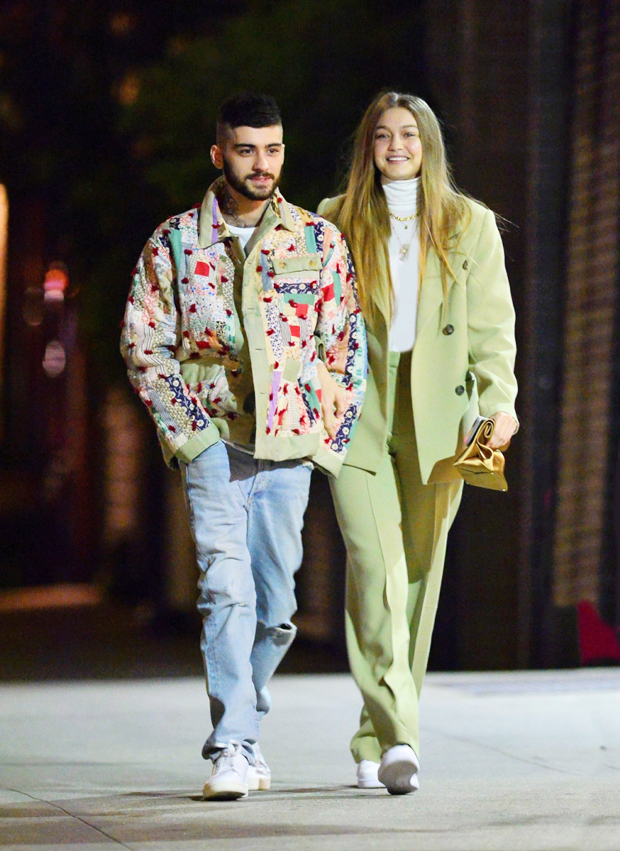 “They went to an arcade rental shop where they made arrangements to have all the big old school classic arcade machines delivered to Gigi and Zayn’s New York City apartment. Pac-Man, Super Mario Bros., Donkey Kong, Space Invaders, and even a Teenage Mutant Ninja Turtles game,” our insider continues.

“Zayn has always loved video games and arcades, and it’s one of his and Gigi’s favorite places to spend a date night. They decided to go with this theme because it’s nostalgic and it will keep them entertained since they can’t have a lot of people over due to the pandemic. They’re still being very safe about everything, but also want to let loose a bit and just enjoy his birthday,” the source adds about the small but fun soiree.

“Zayn is a huge video game and fantasy fan. He loves Harry Potter and just loves things that take him away from the life he knows. He always plays video games to keep in touch with friends as it is a really cool and fun thing for him to pass the time. So to have an old school video game birthday is such a great idea. He gets to let loose and be a kid again. It is something that makes him really happy,” a second source tells us EXCLUSIVELY. From the photos Gigi has shared so far, his tattooed hands have already been having a blast at the controls of the video games!