Government intervention in the energy market is making the breakneck transition from fossil fuels to renewables even more challenging as investors warn that taxpayer subsidies for new gas power projects are squeezing out private industry.

The NSW government on Tuesday announced $78 million to support Energy Australia building the first hydrogen-ready gas power plant at its Tallawarra site on Lake Illawarra, with the Morrison government tipping in $5 million. 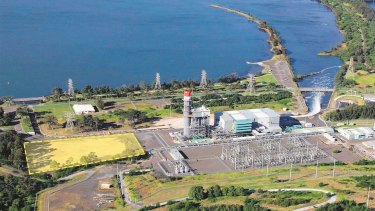 The Commonwealth also said it would set aside funding for its own large-scale 750-megawatt gas plant at Kurri Kurri in the Hunter Valley, which federal-owned utility Snowy Hydro said would cost at least $600 million.

AGL chief executive Graeme Hunt said the NSW government’s renewables road map and federal funding for the new gas plant through Snowy Hydro had deterred his company from investing in a new gas plant in the Hunter Valley.

“Anything that disturbs natural markets makes it hard for to feel confident in assumptions about the future,” Mr Hunt said.

“We have been very clear that when the NSW [renewables] road map came out, that that was cause for pause on our Newcastle gas-generating investment. It was unclear how much capacity might be added based on what others might do, subsidised or otherwise, or also what the (federal) government might do directly in investment through Snowy Hydro. So we had to draw back.”

Experts dispute a government claim that 1000 megawatts of additional dispatchable power capacity is required to replace the Liddell coal plant in the Hunter Valley, due to shut in April 2023.

The Australian Energy Market Operator forecasts a 150-megawatt shortfall in 2023, which would be covered should EnergyAustralia deliver on its Tallawarra gas plant and its planned 316-megawatt capacity.

He welcomed the Tallawarra announcement and said the Morrison government would consider its options before committing funds.

“This is a win for households and businesses across NSW and the broader National Electricity Market, particularly our local manufacturers who will benefit from additional dispatchable generation,” Mr Taylor said.

Dylan McConnell, an energy expert at the University of Melbourne, says the federal government’s proposed gas-fired power station at Kurri Kurri was unnecessary even before EnergyAustralia’s Tallawarra B announcement.

“There was already no case for it,” Dr McConnell said. “It’s even less needed now.”

Should both projects proceed, NSW would have too big a share of the national market’s peaking capacity, requiring some sort of intervention to ensure the market could operate.

Dr McConnell said off-the-shelf gas generators can already burn a hydrogen blend of 5 per cent or much higher, so it is not clear what if any technological advances NSW will extract from its subsidy.

“It looks like they are putting lipstick on a pig,” he said.

Green Energy Markets director Tristan Edis published a report in February which found at least one coal-fired power plant would close in the next five years.

Mr Edis said the power grid would not be disrupted by the loss of Liddell, but an early coal plant closure would leave a big hole in supply, which could risk price rises or blackouts.

“In that context, the [federal] government could say ‘we accept Liddell’s closure is not a problem’, but I am worried about early coal closures and the cost implications of that,” Mr Edis said. “But to say we need extra generation for when Liddell shuts – that’s rubbish.”

Energy Australia said at least part of the funding would go to making the new plant so-called net-zero emissions from the first day.

″Residual emissions will be offset through Australian Carbon Credit Units registered with the Commonwealth’s Clean Energy Regulator, with some flexibility after 2030 to use other credible offsets that may emerge,” a company spokesman said.

A NSW Department of Planning spokesman said the funds “would only be released on achievement of milestones and all of the funding could be repaid if the project makes windfall gains, does not proceed or fails to meet operational requirements”.

Justin Field, an independent NSW Upper House MP, called on the NSW government to come clean about specifics of the support.

“The government needs to be transparent about the deal with Energy Australia and provide the analysis that shows this taxpayer subsidy is in the public interest,” he said.

The Clean Energy Council, meanwhile, said it was disappointed by the governments’ decision to co-fund a new fossil-fuelled generator, particularly as cheaper alternatives such as batteries and pumped storage are already on the market.

Our Morning Edition newsletter is a curated guide to the most important and interesting stories, analysis and insights. Get it delivered to your inbox.