British grandmother, 62, who married her illegal immigrant lodger 20 years her junior is campaigning for him to be allowed back in the UK after NINE years apart

A grandmother who married her illegal immigrant lodger who is half her age is now campaigning to bring him back to the UK because she’s not seen him since their honeymoon nine years ago.

Divorced mother-of-two Rita Keddle, 62, of Brecon, South Wales, was in her early forties when she rented a room to Mahendra Jugjali who was just 22 and visiting from Kathmandu in Nepal.

They became lovers and lived happily together for nine years until Rita discovered Mahendra was an illegal immigrant with a wife and three children. He was deported back to Nepal where he got a divorce so that he could marry Rita and be with her in Britain.

But the Nepalese Government banned him from leaving the country for five years as punishment for coming to the UK illegally in 2001 and the British Government blocked his visitor’s application because of concerns he wouldn’t leave the UK.

Rita has now revealed that it has been nine years since she saw her husband, revealing: ‘We’ve tried everything but the governments of both countries have blocked my husband from coming here. I worry sometimes that I’ll forget what he looks like.’ 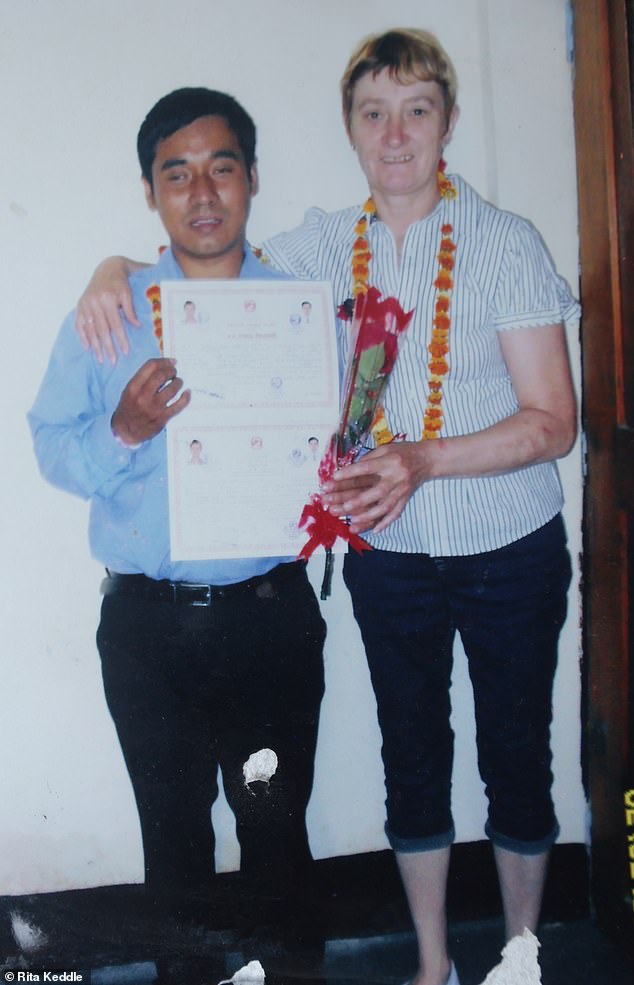 Divorced mother-of-two Rita Keddle, 62, of Brecon, South Wales, was in her early forties when she rented a room to Mahendra Jugjali (pictured together on their wedding day) who was just 22 and visiting from Kathmandu in Nepal

Rita said: ‘We speak on the phone all the time and he wants to come here so we can spend the rest of our lives together.’

The pair have been advised to apply for a Partner’s Visa and are hoping both governments will finally reunite them in the UK.

The pair were living at Rita’s quaint cottage in 2010, with Mahendra working at a nearby hotel when she discovered he was a married man living in the UK illegally. 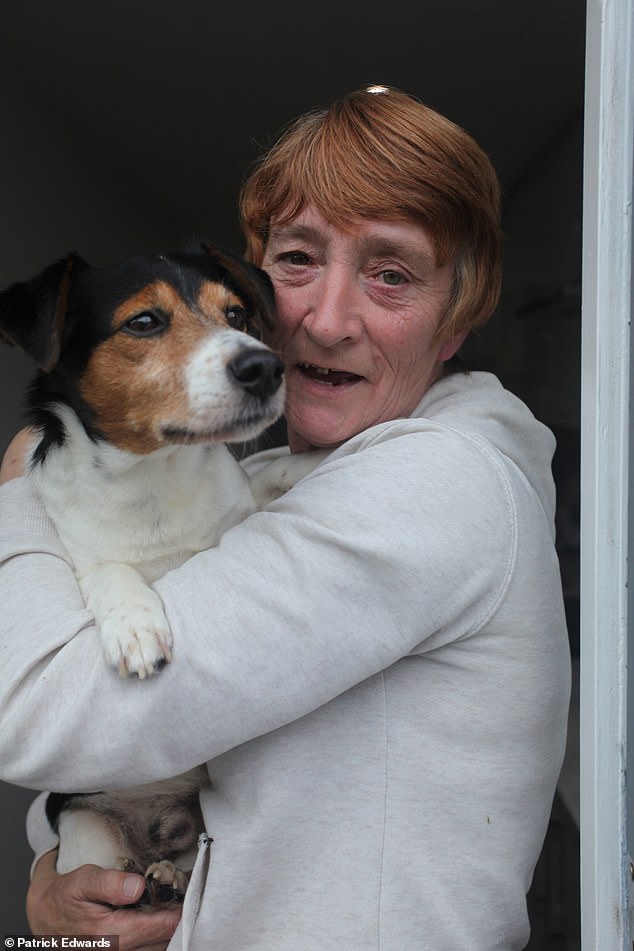 They became lovers and lived happily together until Rita discovered Mahendra was an illegal immigrant with a wife and three children. He was deported back to Nepal where he got a divorce so he could marry Rita (pictured recently) and be with her in Britain

Rita said: ‘I was mortified, just gobsmacked – he’d hidden it so well.

‘I had no idea he’d entered the UK illegally. He did once say he’d come to Britain on a lorry, but I had no idea that he had no legal right to be here.

‘I told myself I’d have to face it. I had no contact details for him, no way of getting in touch with him.’

But six months later Mahendra rang to say he had divorced his wife because he was still in love with Rita and wanted to marry her.

Rita saved up the £1,000 air fare for her first ever long-haul flight and Mahendra was waiting to greet her at the airport with a garland of flowers, a traditional Nepalese welcome.

They were wed at a register office in Kathmandu on 3 May 2011 and, after a week’s honeymoon, Rita flew home to wait for her new husband to join her in Wales.

The mother-of-two said: ‘That was the last time I saw him – we are still man and wife but we live our lives together on the phone.

‘He tells me he still loves me and wants to be here with me to spend the rest of our lives together.

‘He is a really lovely man – the kind most women spend all their lives looking for and never find. 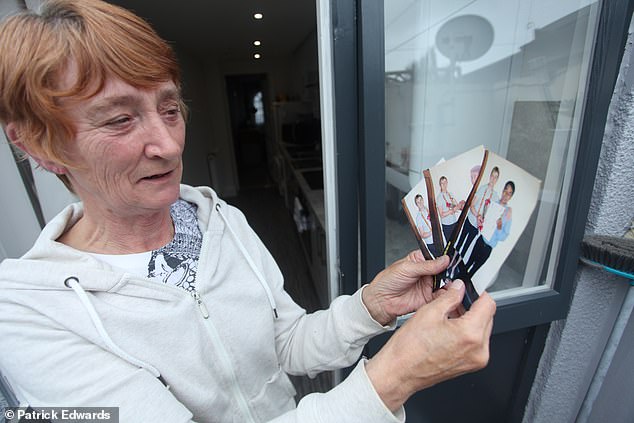 But the Nepalese Government banned him from leaving the country for five years as punishment for coming to the UK illegally in 2001. Then the British Government blocked his visitor’s application because of concerns he wouldn’t leave here. Pictured, Rita recently

‘He is so caring, gentle and thoughtful and had wonderful manners. We have a deep and loving relationship – we just want to be together.’

Rita, who lives alone with her pet Jack Russell called Gerry, is battling to get her 42-year-old husband to the UK in time for their 10th wedding anniversary.

She said: ‘We can’t work out if it is the Nepalese authorities being difficult or the UK government. I don’t think they’ll ever forgive him because he came over illegally.

‘Because of the age gap they think we just had a marriage of convenience to get him a visa. But it’s not like that.

‘We lived together for nearly nine years before we got married. Surely this is about our human rights now.’

Rita has lobbied Brecon MP Roger Williams and and Welsh Senedd member Kirsty Williams but says her efforts are being blocked and the cost of lawyers and the constant disappointments have left her with nowhere to turn.

She said: ‘I’ve told him I’m going to get him over here one day, even if it’s over my dead body. He might have to come to my funeral but I’ll get him here.’

A Home Office spokesperson said: ‘Mr Jugjali applied twice for a standard visitor visa, and was refused entry because we were not satisfied that he intended to leave the UK after his visit.

‘Mr Jugjali has previously been returned to Nepal on a voluntary basis at public expense for illegally entering and working in the UK.’

Rita has been advised to apply for a Partner Visa for her husband but must ensure the requirements of immigration rules are met.