Extreme weather records – heat, floods, rain and droughts – have been broken on every continent on Earth in the past 12 months, and Australia is no exception. Eastern Australia has been deluged by record-breaking La Nina rainfall, turning the lives of residents in towns such as Echuca, Lismore, Rochester and Gundagai upside down for weeks, if not months.

When environmental activist Greta Thunberg began work on her new project, The Climate Book, two years ago, she had hoped action on climate change might be well underway by 2022, but instead, it has fallen far short. 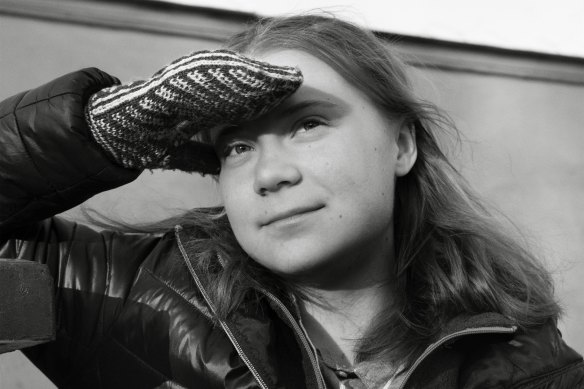 Greta Thunberg’s new book features writing by more than 100 experts on the climate and sustainability crisis.

“I thought the things I wrote would become irrelevant by the time it was published because it was such a long process, Thunberg tells The Age and The Sydney Morning Herald. “[But] it’s only more relevant now because things have only become worse. Things that are in the book now are understatements of the emergency that we’re facing.”

In the newly-released The Climate Book, 19-year-old Thunberg has gathered contributions from more than a hundred experts – geophysicists and meteorologists; engineers and mathematicians; historians and Indigenous leaders – as a way to equip readers with the knowledge they need to understand, and then hopefully combat, the climate crisis. Thunberg also shares her own stories of protesting and uncovering greenwashing around the world. 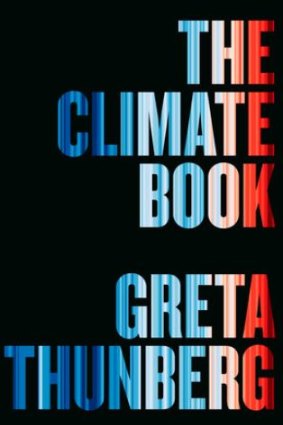 Designed to be read from front to back, as if it were a normal book, The Climate Book can also be used encyclopedia-style to search for terms of interest, with entries on everything from microplastics to emissions to fast fashion. (“Flooding” gets more than 20 mentions in the index).

And it’s not just about climate change: “We often talk about it as a climate crisis, but the climate crisis is just a symptom of the Anthropocene [the era where humans have significantly affected the earth], of the sustainability crisis,” says Thunberg.

“This is a much larger crisis, which involves many other issues like the ecological crisis … and social crises, social injustice, and so on. These have the same root causes: we are exploiting both people and nature and that we are living beyond our assets.”

Asked about Australia’s recent so-called climate election, when a record number of independent and Greens candidates were elected, and the Albanese government’s new climate emissions cut of 43 per cent by 2030 (on 2005 levels), Thunberg seems unconvinced.

“Some governments are a bit less catastrophic than others, but we need to realise that we can no longer pretend that we can solve this within our current system without actually treating it as an emergency,” she says.

“Setting up some vague and distant targets and … small symbolic actions … that’s not going to save us. We need to keep pushing from every possible angle.”

Thunberg and her contributors want readers to understand that global warming is not an isolated phenomenon, but one intrinsically linked to other unfolding imbalances, such as the global loss of biodiversity. She gives the example of recent forest fires in Sweden, which were not only exacerbated by record-breaking temperatures and droughts, but also by monocultural tree plantations much less resistant to fires.

Members of the public often tell Thunberg they want to take action, and ask her for reading recommendations – this is her attempt to package the essentials together in the one place.

“I made a promise to myself when I first got started to get a big platform that I was going to use it for as long as I can,” she says. “I’m surprised that I still have this platform, but I do. So, I’m going to use it to do several types of activism and for me, doing this book is a type of activism.”

Learning the true extent of the climate and ecological crises can be overwhelming, and Thunberg hopes this volume will mean readers have evidence-based information at their fingertips.

And she’s right. Last week the United Nations published its new Emissions Gap report, showing government actions announced to date have the world on track to 2.8 degrees of heating. “As today’s report makes clear, we are headed for economy-destroying levels of global heating,” UN Secretary-General Antonio Guterres said. “We need climate action on all fronts – and we need it now.”

Thunberg, who is vegan, does not fly to minimise her carbon emissions, and famously crossed the Atlantic Ocean by solar-powered yacht – twice – to attend climate talks in the US and Spain. When I ask what keeps her buoyant amidst an avalanche of gloomy news, she pauses for a moment.

For her, there has not been any other option, she says. In an existential emergency if you are privileged, like she is, and have the opportunity to act, you have a moral obligation to do so.

“I have to do everything I can to step out of my comfort zone,” she says. “In the future, I want to be able to look back and say that I did everything I could.”