The dramatic Peak District country home of a D-Day veteran and adventurer is for sale for the first time in 50 years, with a £1.75m price tag

The country home of a late D-Day veteran is being sold for the first time in more than 50 years with a price tag of £1.75million.

The country house in the Peak District is called Otterbeck Hall and was last for sale on the open market in 1967.

It was home to D-Day veteran Robert Stoodley – known as Bob – who was one of the first 10 men to land in France on D-Day.

He lived at the seven-bedroom property with his wife Joyce, and their children. The property is now being sold by their son Christopher Stoodley. 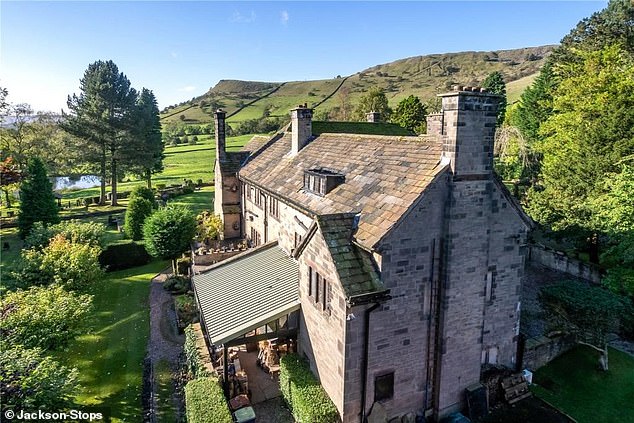 This country house in the Peak District is currently for sale via estate agents Jackson-Stops for £1.75m 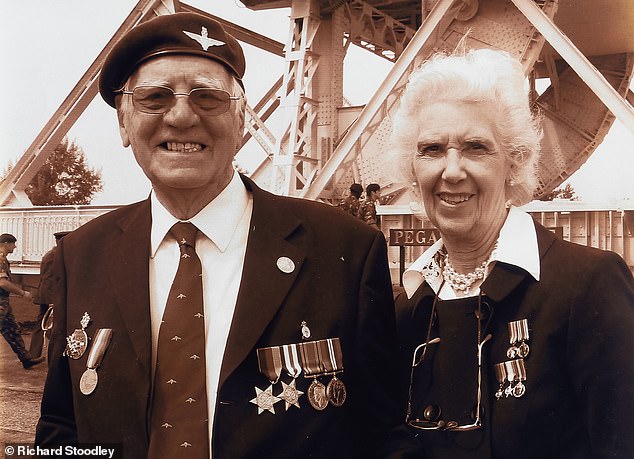 The property was home to D-Day veteran Robert Stoodley and his wife Joyce (pictured), and their children

Otterbeck Hall allowed Bob, his family and friends to enjoy access to the beautiful Peak District National Park. Bob passed away peacefully this August, surrounded by his family.

As one of the 22nd Independent Pathfinders who parachuted into Normandy to guide the main airborne attack onto their targets, his role was vital to the success of D-Day.

Bob was captured after being injured and remained a Prisoner of War until VE Day on May 8, 1945.

Following the end of the war, he attended as many D-Day memorial services in France as he could, and he gave several interviews, including with the BBC.

Bob retained his thirst for adventure and was on both the 1972 and 1975 Everest South West Face Expeditions with Chris Bonington, as well as the International Karakoram Project. 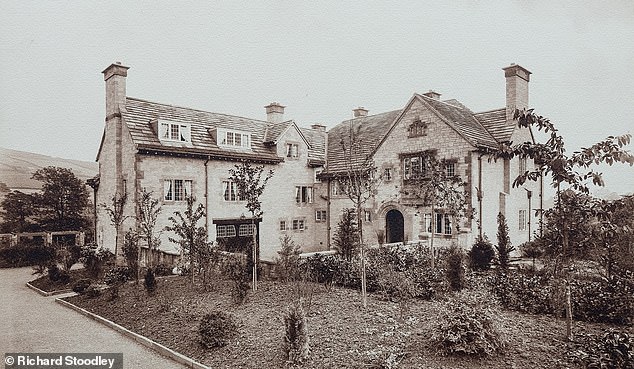 The property is called Otterbeck Hall and was last on the open market more than 50 years ago in 1967 (pictured: the house in 1919) 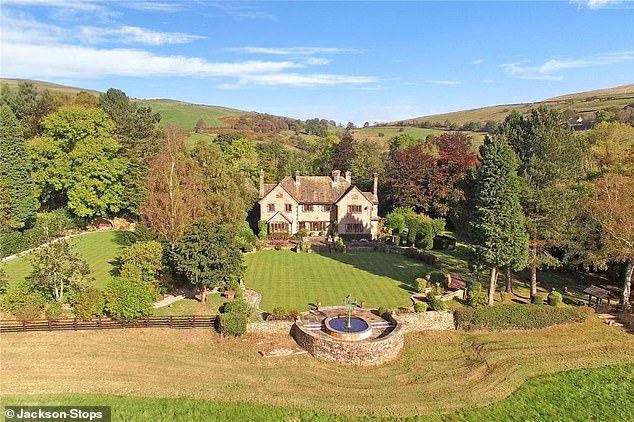 Otterbeck Hall is near the picturesque village of Chinley, in Derbyshire, and has the Peak District National Park as a backdrop 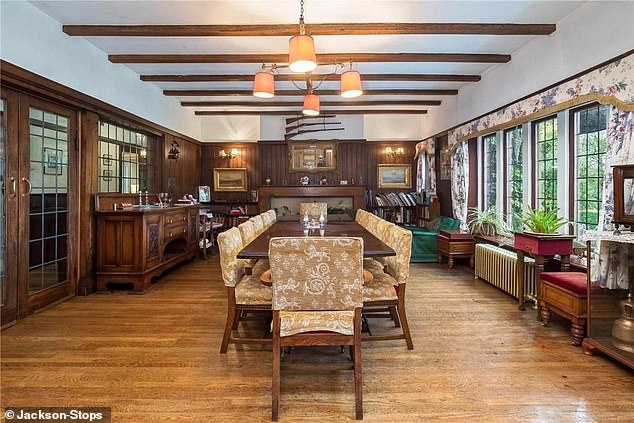 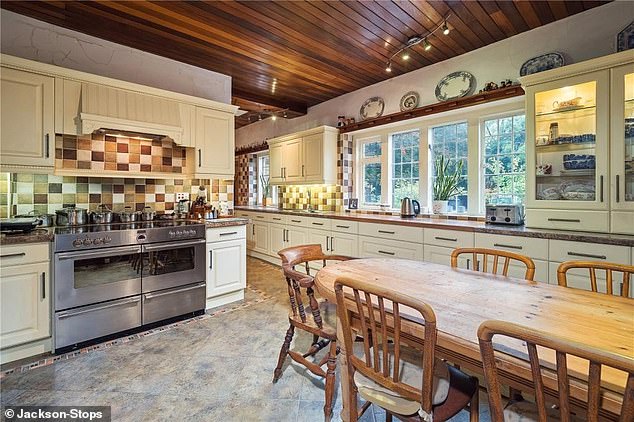 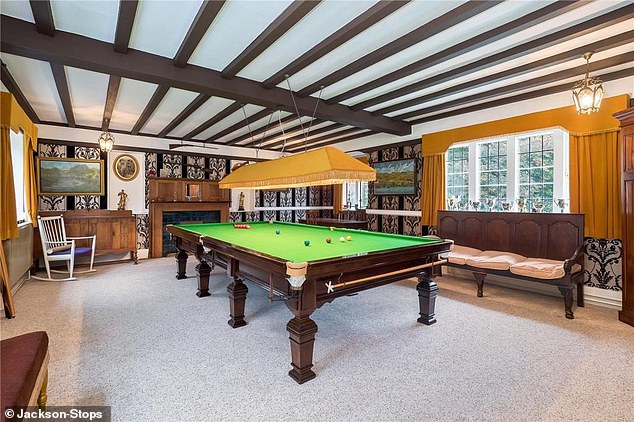 Son Christopher said: ‘His testimony and enduring sense of adventure will remain an important part of how we remember and commemorate those who fought in the Second World War. ‘

He added: ‘We moved to Otterbeck Hall when I was 15, and since then it has been the family home for 50 years, with lots of memories. What will always stay in my mind are the views from the house stretching across the Peak District, and the sound of the sheep in the Derbyshire hills.’

Otterbeck Hall is near the picturesque village of Chinley, and enjoys outstanding south-facing views, with the Peak District National Park as a backdrop.

It sits in 15.7 acres and has seven bedrooms, including one in an annexe. There is a double garage, outbuildings and a lake.

Nick Leeming, of Jackson-Stops – the estate agent handling the sale – said: ‘Recently homeowners have been reminded of what is so special about the English countryside and we’ve seen a great renaissance in buyers’ love of country homes.

‘This is especially true of properties that have a rich and interesting history. Otterbeck Hall is a fine example of the type of elegant country home that has enduring appeal.

‘As homeowners continue to make lifestyle changes and prioritise a balanced access to both nature and town, Otterbeck Hall’s ease of access to the Peak District National Park and being in easy reach of Manchester makes it the perfect family home.’ 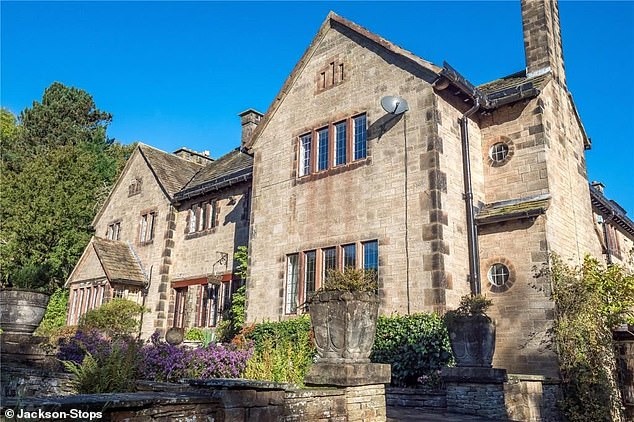 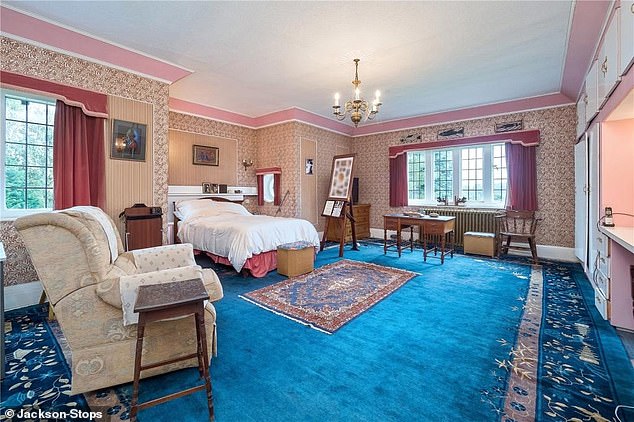 The property has seven bedrooms, including one in the annexe that is also on the property 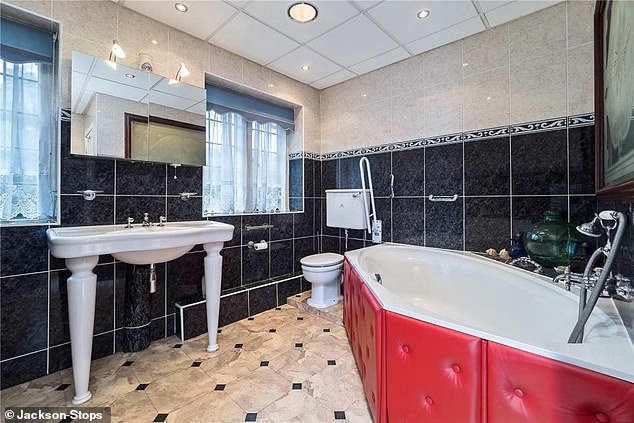 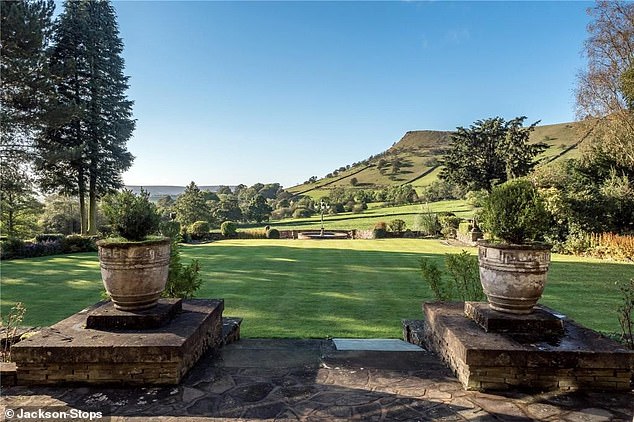 Otterbeck Hall sits in an impressive 15.7 acres, which includes some landscaped gardens