The sky-high price of hitting the high seas on a ‘cheap’ cruise: FEMAIL reveals how a ‘bargain’ voyage can end up costing FOUR TIMES the listed price thanks to huge hidden fees for everything from drinks to Wi-Fi

Think you’ve sailed away with a bargain deal? Then you might want to check the small print when it comes to cruise vacations, with a wave of extra charges that can quickly add up.

FEMAIL investigated two voyages on offer with two of the world’s biggest cruise lines and found that the actual price of the trip is much more than advertised.

Cruise prices in the US never factor in government taxes and port charges, then other things to think about include Wi-Fi access, drinks packages, specialty restaurants away from the buffet stations and onshore excursions.

Sail on down to see how a cheap cruise can quickly become one to sink your vacation balance sheet. 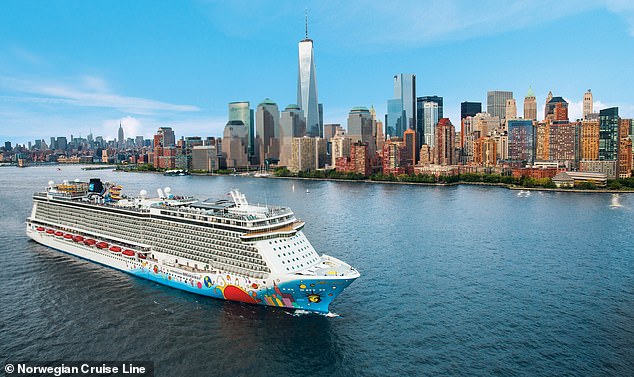 Taking you for a ride? How a $978 two-person cruise with Norwegian Cruise Line can end up costing a staggering $4,552

On Norwegian Cruise Line’s Breakaway ship, there is a February 2023 trip priced at $489 per person. The seven-day voyage circles from and to New Orleans, Louisiana, with stops at Belize, Honduras and Mexico along the way.

The REAL cost of cruising: Inside hidden fees on a Norwegian Cruise Line trip

The basic cost for a seven-day return trip from New Orleans, Louisiana, in February 2023 with stops at Belize, Honduras and Mexico for two people: $978

This price is based on two people sharing a basic inside cabin with no windows.

However, the advertised price does not include government taxes and port charges which come to $188.37.

That means the basic cost of the cruise comes to $1,354.74 for two people once these charges have been applied.

But once you are on the 3,959-passenger ship, the hidden costs quickly add up.

If you want to stay connected while you are away, the Wi-Fi package for two devices costs $44.99 per day. This amounts to $314.93 for the duration of the cruise.

Then, if you plan on drinking alcohol the open bar drinks package is put forward as an option.

A 20 per cent charge gratuity and beverage service charge is then added to all food and beverage packages, bringing the total to $1,831.20.

While the basic cost of the cruise includes all meals in certain areas, if you fancy eating in one of the specialty restaurants expect to be paying at least $100 per head with tip included.

At Norwegian Breakaway’s Ocean Blue restaurant, which is described as a ‘refined and elegant’ eatery, appetizers start from $15 for some crispy shrimp, while the filet mignon is priced at $43 and the lobster comes in at $49.

While over at Le Bistro, which features ‘elegant interiors, crisp white linens and attentive servers’, the menu suggests kicking off with a glass of Veuve Clicquot Brut which comes in at $29.

Moving to the next courses, the appetizers start from $16 for a serving of escargot, the meat-based mains start from $29 for a Coq Au Vin and the fish dishes start from $39 for a Mediterranean sea bass.

If you fancy a spot of pampering while you’re on the high seas, all of the Norwegian Cruise ships feature a ‘Mandara Spa’. 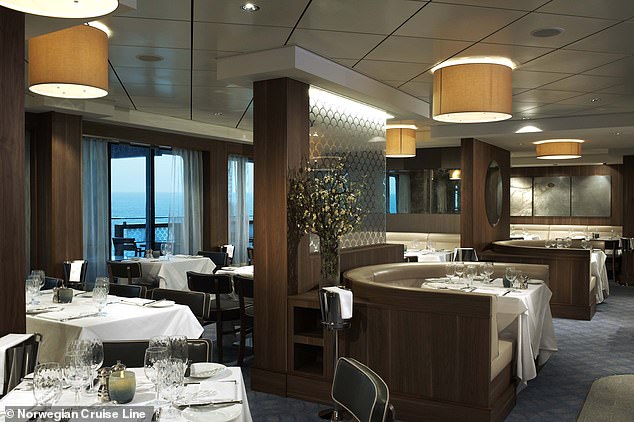 The Ocean Blue restaurant on Norwegian Cruise Line’s Breakaway ship, where a filet mignon is priced at $43 and the lobster comes in at $49 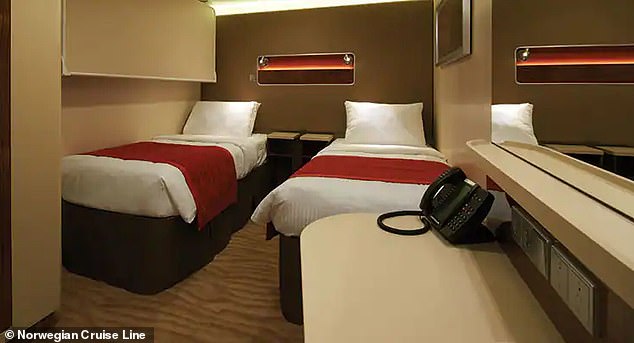 Massages start from around $180 for 50-minutes with gratuity included.

On the excursion side of things, the prices range from $29 for a paddleboard rental and top out at $899 to hire a luxury private villa on Norwegian Cruise Line’s private island Harvest Cay in Belize.

However, activities average out at around $120 per person with gratuity included and it’s recommended that passengers do at least two excursions per cruise.

This means couples should expect to spend at least $480 is they want to enjoy their time once docked.

Once all of these additional costs have been factored into a trip with Norwegian Cruise Line promoted at $978 per couple, the actual amount comes out at something more like $4,552.50 – more than four times the baseline price.

The REAL cost of cruising: Inside hidden fees on a Carnival trip

The basic cost for a seven-day eastern Caribbean cruise from Miami, Florida, in September 2024 for two people: $718

Applying the same methodology to a Carnival cruise, a similar picture emerges when it comes to budgeting.

A seven-day eastern Caribbean cruise from Miami, Florida, in September 2024 is marketed at $359 per person with stops at Puerto Rico, Dominican Republic and Turks & Caicos. The basic cabin at least features a port hole.

The Carnival booking site highlights that meals in specialty restaurants onboard Magic are not included, along with alcoholic beverages and the internet.

For those looking to add on a drinks package, Carnival’s ‘Cheers!’ open bar offering costs $59.95 per day, coming out at $839.30 per couple on a week-long voyage.

On the Wi-Fi front Carnival’s basic package, which only supports social media apps, is priced at $12.75 per person per day. For couples on a seven-day trip this comes to an extra $178.50.

For days at sea, Carnival’s Magic has a ‘Cloud 9 spa’ for some rest and rejuvenation. A 50-minute long Swedish massage is priced at around $125 with gratuities included. So for a couple, it’s best to budget up to $250 if the sound of a spa day appeals.

A seven-day eastern Caribbean cruise from Miami, Florida, in September 2024 with Carnival is marketed at $359 per person 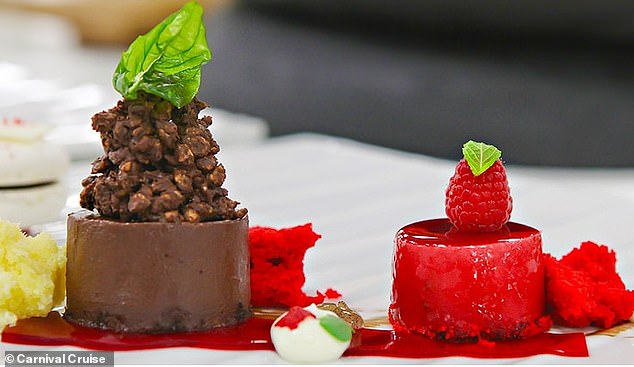 When it comes to dining, there’s a variety of restaurant options included in the basic cruise price but the more appealing spots serving up prime steaks and seafood will cost extra.

At the Steakhouse all of the entrees are priced at $23, with a broiled lobster tail and New York striploin steak among the selection.

For cruise-goers who are really looking to push the boat out there’s a chef’s table experience costing up to $99, with this comprising a multicourse dinner hosted by the master executive chef, complete with cocktails and hors d’oeuvres.

As with all of the cruise companies, onshore excursions are not included with Carnival. On the eastern Caribbean cruise the options range from snorkeling with stingrays to a catamaran sailing trip, with the prices for activities averaging around $100 per person.

For couples wanting to do two excursions over the course of a week, they should put $400 aside.

So what started out as a $718 trip with Carnival for two people, actually comes out at just over $3,300 once all of the additional costs have been factored in. Again, more than four times the original estimate for a sailing vacation.