Smoothing it out. Duchess Kate is doing her best to salvage the relationship between Prince William and Prince Harry, an insider exclusively reveals in the new issue of Us Weekly.

“There’s a small glimpse of hope of saving the brothers from never speaking again: Kate,” the source tells Us of the Duchess of Cambridge, 40. “She can sense that despite everything that has happened, William still feels the loss of Harry.”

The Duke of Cambridge, also 40, and his younger brother, 37, have been at odds since Harry and Meghan Markle stepped down as senior working royals in March 2020. The Invictus Games founder and the former military pilot have seen each other several times since then, but there’s still tension between the duo.

Kate, for her part, is “frantically trying to play peacemaker,” but so far her efforts have proved unsuccessful.

“[She] had a quiet word with the boys separately, even going as far as calling Harry in Montecito and suggesting that he reach out to William on his birthday,” the insider adds. “The issue is William and Harry are both overly stubborn, so there’s not much hope.” 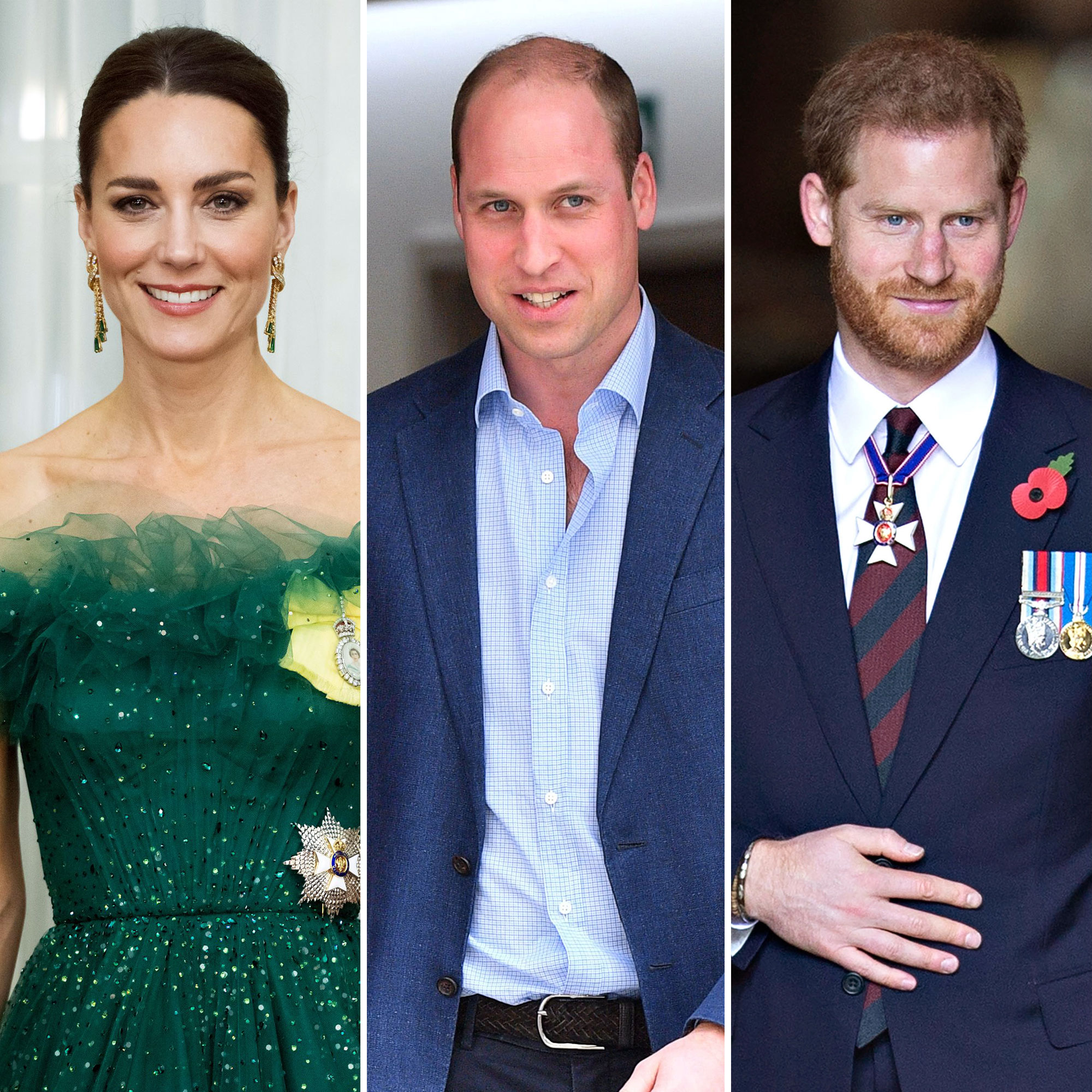 The brothers reunited earlier this month for Queen Elizabeth II‘s Platinum Jubilee celebrations, but the event didn’t offer many opportunities for mending fences. During Trooping the Colour on June 2, William and his family joined the monarch, 96, on the balcony of Buckingham Palace, while Harry and Meghan, 40, watched the parade from the Major General’s Office.

The two couples also didn’t sit together the following day for the Service of Thanksgiving at St. Paul’s Cathedral. “Senior members of the royal family were seated in the front row and non-senior members in the second row,” a source told Us at the time, explaining why the siblings were separated.

Though the seating arrangement was mostly an issue of protocol, the insider added that the palace decided “to keep them on opposite sides of [the] cathedral to avoid any unwanted attention” after the scrutiny they faced during the 2020 Commonwealth Day Service, which was Harry and Meghan’s final engagement as senior working royals.

Weeks before the Jubilee, the BetterUp CIO and the Bench author made a surprise visit to the U.K. on their way to the Invictus Games in the Netherlands, but they didn’t see the Cambridges during the brief trip.

“It was purely coincidental,” a source told Us at the time. “Harry is coming back to visit soon and hopes to see William in person. They are trying to figure things out.”

Where Do Harry and Meghan Stand With the Rest of the Royal Family?

The Archewell cofounder and the Duchess of Sussex made their first visit to the U.K. as a family of four for the Jubilee, bringing their son, Archie, 3, and daughter, Lili, 12 months, with them for the journey. Elizabeth got to meet her great-granddaughter for the first time, but royal expert Christopher Andersen claimed that Lili didn’t get to see her cousins Prince George, 8, Princess Charlotte, 7, and Prince Louis, 4.

“William and Kate made no effort at all to introduce Prince George, Princess Charlotte and Prince Louis to [Lili],” the Brothers and Wives: Inside the Private Lives of William, Kate, Harry, and Meghan author exclusively told Us earlier this month, adding that there is still “a lot of tension” between the brothers. “As far as I know, nobody believes they spoke [to one another].”

For more on William and Harry’s relationship, watch the video above and pick up the new issue of Us Weekly, on stands now.