Creating joy in a world that’s gone dark − something we could all use some insight into − is one of the ideas explored at this year’s Emerging Writers’ Festival. 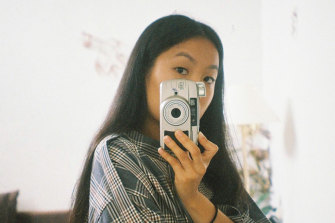 Poet and writer Anthea Yang’s essay is titled “Tending to joy at the end of the world”.

Anthea Yang, one of the 400-odd writers at the event, will discuss the idea in a session on June 17 alongside Caitlin McGregor, Lou Garcia-Dolnik, Brooke Scobie and Ruby Hillsmith. Yang’s essay “Tending to joy at the end of the world”, which inspired the session, is on literary magazine Overland’s longlist for the Kuracca Prize.

Yang, in her second year of a master’s in writing and publishing at RMIT, says it will be interesting to see what joy means to different people. “I was thinking about the past couple of years and crises – climate and political crises, ongoing racism both in Australia and abroad − and on top of that we’ve got the pandemic. I asked myself how can we be joyful in moments like this when it seems like everything is quite dark, and quite bleak? When I talk about the end of the world … I mean the end of what we know, what is normal.”

For her, poetry, like joy, is hard to quantify. “It functions outside the economy and asks for attentiveness to the body, to the form, the environment and each other,” she says. “Poetry is a bridge to new worlds: how can we use poetry and joy to build the future in a time like this when we’re going through so much? I’ve been reading some poems about how to create joy, envisioning a future where people of colour can be safe, and that in itself is a sort of joy.”

The lockdown in Victoria allowed her, like many others, to “re-evaluate, assess your values,” she says.

Though her poetry has been published, the 25-year-old considers herself still an emerging writer. She started with a blog on Tumblr. “I was 16 and had a lot of emotions as you do at that age and was just writing down my thoughts. Someone said ‘I really like your poems’; I didn’t realise this would be categorised as poems. I wasn’t really good at English in high school, so it came as a shock. What we learntin school was quite traditional, which is important because you need to learn the rules before you break them.” 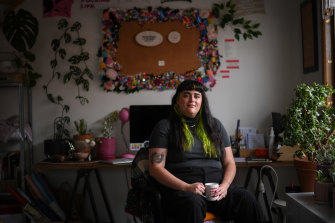 While she is keen to explore other forms such as creative non-fiction, Yang says poetry has a hold on her. “I think I’m stuck with it for a while.”

While most writers’ festivals are mainly for readers, the EWF’s presenters and attendees at its more than 50 events are mostly writers, says artistic director Ruby-Rose Pivet-Marsh.

This 18th annual Emerging Writers’ Festival, like last year, will be held online, in live-streamed and pre-recorded sessions. Pivet-Marsh wanted to ensure interested attendees who might be reluctant to venture into public spaces were catered for, as well as anyone interstate. The latest round of lockdowns and restrictions required a switch from their planned hybrid online/real-world festival.

While the festival is not themed, throughlines of home, place, connection and identity appear. “Obviously last year people did a lot of internal soul-searching, that was definitely something that came through.”