Husband of unvaccinated mother, 35, who died from Covid two weeks after giving birth reveals his wife only got to see their newborn daughter for ‘three or four seconds’ – as he urges others to get the jab

The husband of an unvaccinated mother who died from Covid says she was only able to see her daughter for ‘three of four seconds’ before her tragic death.

Mother-of-four Samantha Willis, 35, died two weeks after baby Evie Grace was born, having fought the virus for 16 days, and was laid to rest during an emotional service at Derry’s St Columb’s Church last week after passing away in Altnagelvin Hospital, Northern Ireland on August 20th.

Appearing on Good Morning Britain today, her husband Josh said that Samantha had initially been concerned about changing advice about the vaccine and pregnancy, but had been planning to get her jab shortly after giving birth. 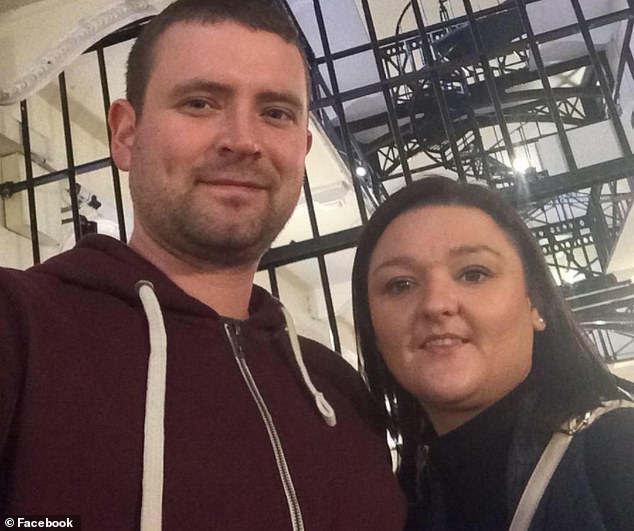 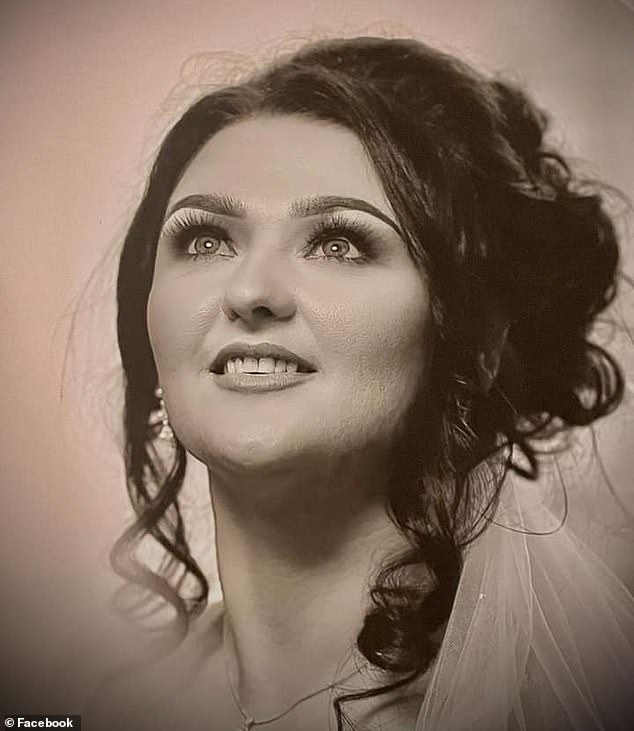 Mother-of-four Samantha Willis, from Derry in Northern Ireland, passed away on Friday in Altnagelvin Hospital after giving birth to her daughter Evie Grace, her husband said

‘Literally it was three four seconds tops she saw her for,’ Josh recalled. ‘Carried her for eight months and never got to hold her in her arms.’

Samantha was taken into hospital on August 17th and gave birth via C-section with her husband and oldest daughter on FaceTime, but wasn’t able to touch her daughter before medics ‘whisked her off’ to test for Covid.

Josh said that the death of his beloved wife ‘hasn’t sunk in yet’, and that his main goal is to share his wife’s story so people can ‘make up their own mind about the vaccine’.

‘I think because of her nature it’s the last thing I can do for her – other than make her proud raising the children – it’s what she would have wanted,’ he said. 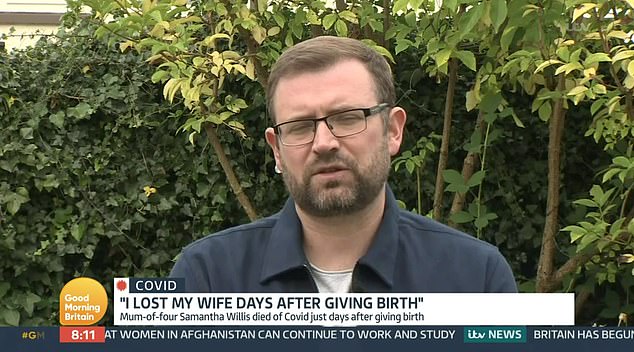 Appearing on Good Morning Britain today, Josh said that Samantha had initially been concerned about changing advice about the vaccine and pregnancy, but had been planning to get her jab shortly after giving birth 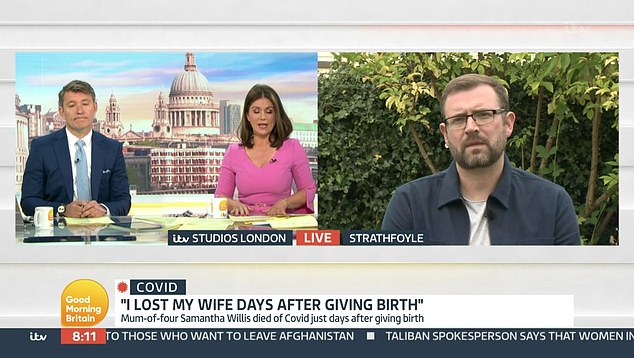 He said that because Samantha was on maternity leave, he was working from home and their children weren’t going into school that it would be safe for the mum to wait until giving birth to get her vaccine

The couple discovered Samantha was pregnant on Boxing Day, when there had been little research into the Covid vaccination and pregnancy.

‘At the time when we found out we were just excited we were having another baby and vaccination didn’t come in our minds for a few days,’ said Josh.

‘Because the advice was “don’t get it”, we carried on at our jobs. She was being careful with PPE, my job was similar. We were following guidelines, doing everything we were supposed to be doing.

Pregnant women are urged to get a jab: Just one in ten are vaccinated as hospitalisations surge among unjabbed mothers-to-be

Pregnant women have been urged to get jabbed as new data shows just one in ten have come forward.

New Public Health England data shows that so far 51,724 pregnant women in England have received at least one dose, and 20,648 women have had two.

Around 600,000 women in the UK are pregnant, meaning less than ten per cent have been jabbed.

Since April, pregnant women have been eligible for the vaccine at the same time as the rest of their age group.

‘When the time came early in the summer they said things had changed, there was a bit more research, it was safe to get the vaccine – we decided we had come this distance, so decided to wait out the last seven or eight weeks and she would get vaccinated afterwards.’

He said that because Samantha was on maternity leave, he was working from home and their children weren’t going into school, they thought it would be safe for the mum to wait until giving birth to get her vaccine.

‘It was more because of the advice earlier in the year and then so soon it was, “We have enough research, its safe to get the jab”,’ he said.

‘We knew she was finishing for maternity leave, I would be working from home the children would be off school. We weren’t visiting, socialising. Even things like going for dinner, I think we went twice when things opened up here.

‘We thought: “We’ve got this far and then she can get the rest of the way the baby can be born and she can get vaccinated and we can carry on”.’

Josh said that when his wife was in hospital she was urging others to get their jab, and that while he ‘can’t force people’ to have the vaccine, he can ‘do Samantha proud’ by sharing her story.

‘When Samantha was in hospital in ICU at the start and the end and in the in-between period she said to an old work colleague: “Make sure you get your vaccine”. I had a cousin who’s pregnant and she said. “Make sure she gets the vaccine”, so I know she cared about people getting the vaccine,’ said Josh.

‘I feel this is the last thing I can do for her to try and make her proud. If we save one person, one family from going through what we went through as a family, then we’ve done her proud and she would be happy and one day thank me for it’.

The dad says that while the death has been challenging for all of their children, they’re ‘dealing with it okay.

‘Everyone is sad and it’s a life changing event, all they can do is push forward and get there and do it for Samantha,’ he said.