Australia’s high levels of immigration have contributed to the nation’s low wages growth of recent years, Reserve Bank governor Philip Lowe has suggested but he warns even with closed borders it will take more time for workers’ incomes to lift fast enough to warrant an increase in official interest rates.

Addressing the Economic Society of Australia’s Queensland branch, Dr Lowe said not only had immigration levels contributed to sluggish wages growth, it had given businesses an incentive not to train their workers. 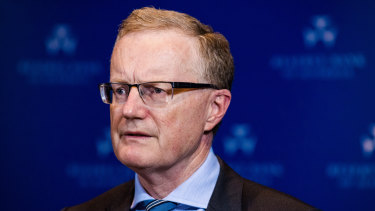 The bank this week kept the official cash rate at 0.1 per cent, saying it did not believe wages growth and inflation would be high enough to necessitate an increase until 2024. The bank also announced a reduction in its quantitative easing program to $4 billion a week until at least November.

But analysts and financial markets believe the bank will lift rates earlier, perhaps by late 2022.

Dr Lowe said strong employment growth and subdued wages growth had been a key feature of the nation before the coronavirus pandemic with no signs it had changed despite the economy’s solid recovery over the past 12 months.

He said strong labour force participation, particularly from women and people aged over 55, had boosted the supply of workers, which in turn had kept a lid on wages.

Another issue, however, was immigration with many businesses tapping skilled migrants or those already in the country on student or working holiday visas.

While migrants generated economic demand that supported the country, they also increased the supply of potential workers that was feeding into lower wage growth.

“In conceptual terms, one can think of this ability to tap into the global labour market for workers that are in short supply as flattening the supply curve for these workers,” he said.

“A flat supply curve means that a shift in demand has only a small effect on prices, or in this case wages.

“In my view, this is one of the factors that has contributed to wages being less sensitive to shifts in demand than was once the case.”

Dr Lowe said there was still much uncertainty about how the reopening of the nation’s border would affect the jobs market and overall wages.

He said there had been a fall of more than 250,000 in the number of people on a visa with work rights in the country since March last year.

While some businesses were reporting skill shortages, this was not leading to a lift in overall wages.

“The spillover effects to the broader labour market have been limited to date, and wage increases remain modest for most workers. Most firms retain their strong focus on cost control, with many preferring to wait things out until the borders open, and ration output in the meantime,” he said.

Dr Lowe said the bank believed for wages to grow fast enough to lift inflation to the RBA’s 2 to 3 per cent target band, the jobless rate – currently 5.1 per cent – would have to fall much further.

“While it is hard to be sure, it is likely that the unemployment rate will need to be sustained in the low 4s for the Australian economy to be considered to be operating at full employment. Underemployment will also need to decline further,” he said.

“To achieve this, a further period of strong employment growth will be required.”