Still keeping up. Kim Kardashian has reunited with estranged husband Kanye West multiple times since calling it quits earlier this year — but is an official reconciliation in the cards?

The Yeezy designer, 44, “is still styling Kim,” a source exclusively tells Us Weekly, adding, “They have a more of a friendship and working relationship as they coparent. They’re not back together.”

Kardashian filed for divorce from the Grammy winner in February after nearly seven years of marriage. The duo share four children — North, 8, Saint, 5, Chicago, 3, and Psalm, 2 — and hadn’t “been on the same page for a while” before going their separate ways, a source previously told Us.

The Skims CEO shied away from sharing her marriage woes with the cameras while filming the final season of Keeping Up With the Kardashians, but eventually hit her breaking point during a June episode.

“After turning 40 this year, I realized like, ‘No, I don’t want a husband that lives in a completely different state,’” she explained to her mom, Kris Jenner. “To me, I thought, ‘Oh, my God, that’s when we’re getting along the best,’ but then that is sad to me and that’s not what I want. I want someone that we have the same shows in common. I want someone who wants to work out with me.”

Kardashian-Jenner Family: A Guide to the Fathers of Their Kids

During the show’s reunion special later that month, Kardashian said no one person was at fault for the end of the relationship.

“It was not, like, one specific thing that happened on either part,” the makeup mogul asserted. “I think it was just a general difference of opinions on a few things that led to this decision and in no way would I want someone to think I didn’t give it my all or I didn’t try.” 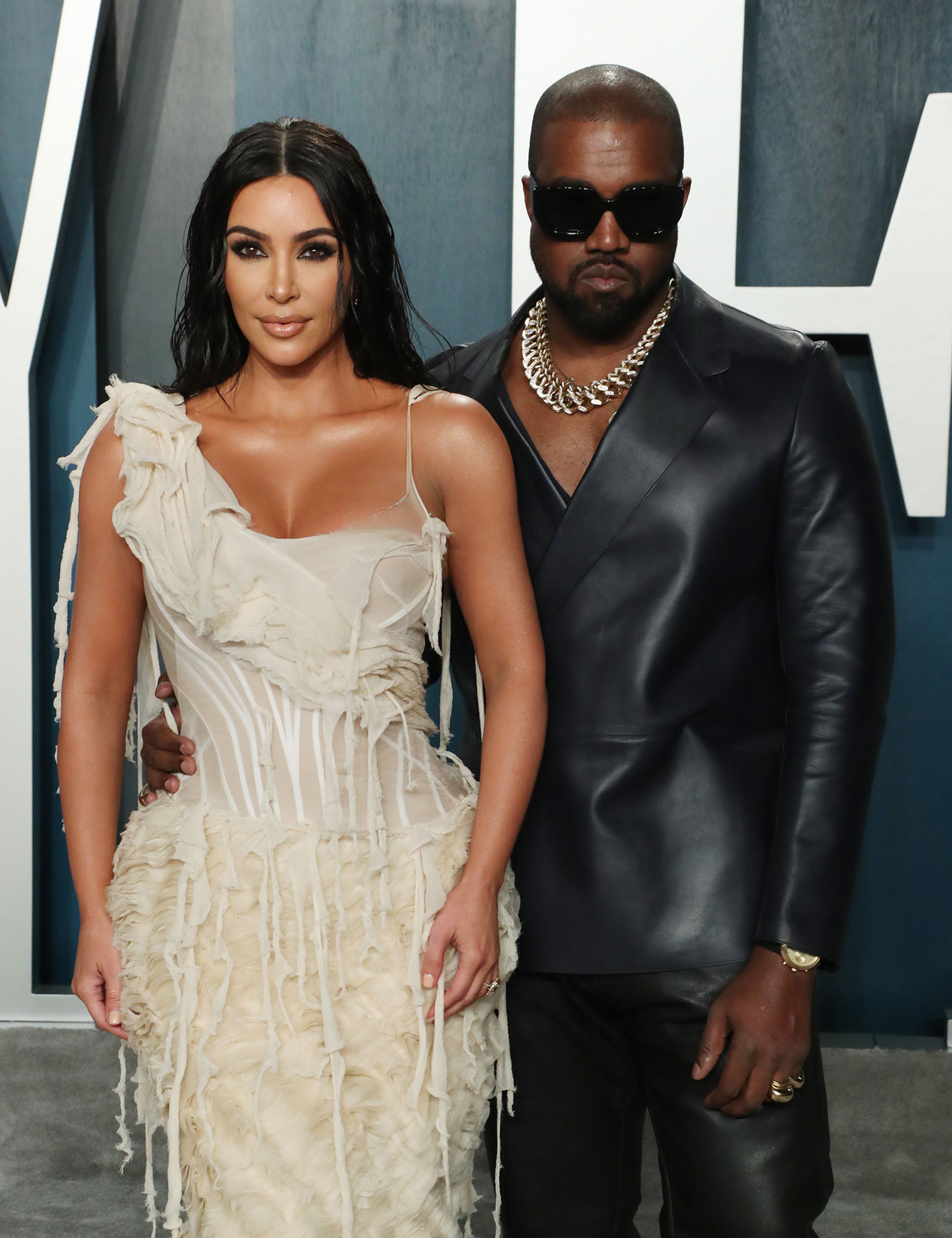 Since then, she’s continued to demonstrate her support for the “Heartless” artist, who recently released his highly anticipated album Donda. Kardashian made an appearance at West’s listening events leading up to the record’s drop — and even helped recreate their 2014 wedding day for one of the shows.

While fans were excited to see the iconic pair collaborating again, a source later told Us that the stunt “was not a vow renewal.” However, the “Power” rapper is holding onto hope that he and Kardashian might patch things up.

“Kanye wants to get back with Kim,” the insider exclusively revealed in September, adding that the KKW Beauty founder “has been hesitant” to give things another try. “[Kanye] sees the two of them together and wants to make that a reality now. He has been trying to get back in her good graces again and it seems to be working.”