A wealthy Instagram user has been accused of animal cruelty after sharing pictures of her posing with a lion cub beside her Lamborghini and letting it roam inside the sports car.

Natalia Itani, from Dubai, came under fire from her 248K followers, many of whom questioned why she had the wild animal.

The businesswoman and mother-of-two initially sparked anger when she shared a video of the wild animal roaming around her bright purple luxury motor.

‘Caption this. I guess little Simba really liked my car interior,’ she wrote alongside the clip. 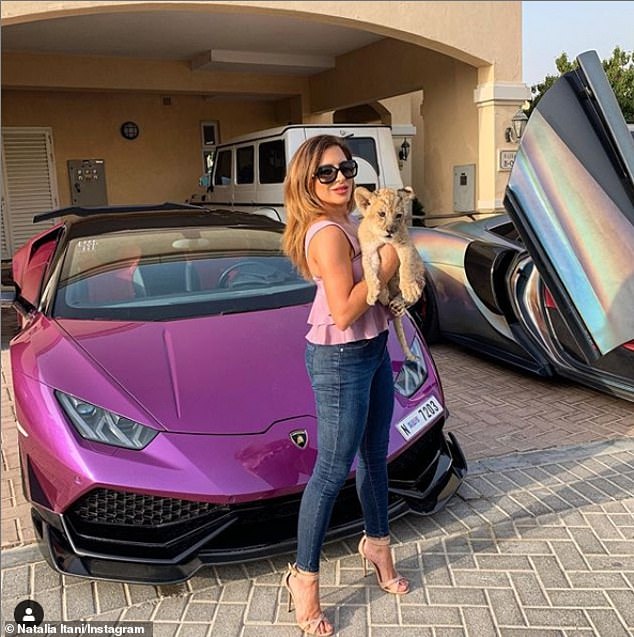 While she referenced Safari Dubai, who may have taken the lion cub to her, in the caption, it didn’t take long for people to criticise her actions.

‘Cubs/lions are not pets and shouldn’t be used for likes on Instagram. Pathetic,’ wrote one, while another simply declared that the animal ‘belongs in the wild’.

Calling out Natalia for using the cub as a social media accessory, one user commented: ‘”Let’s take this cub out of the wild and away from its mother and put it in my car for the gram!” PATHETIC.’

Natalia, who is CEO of Parklane Car Rental, continued to share pictures of the cub’s visit, posting another two images of herself holding the furry wild cat. 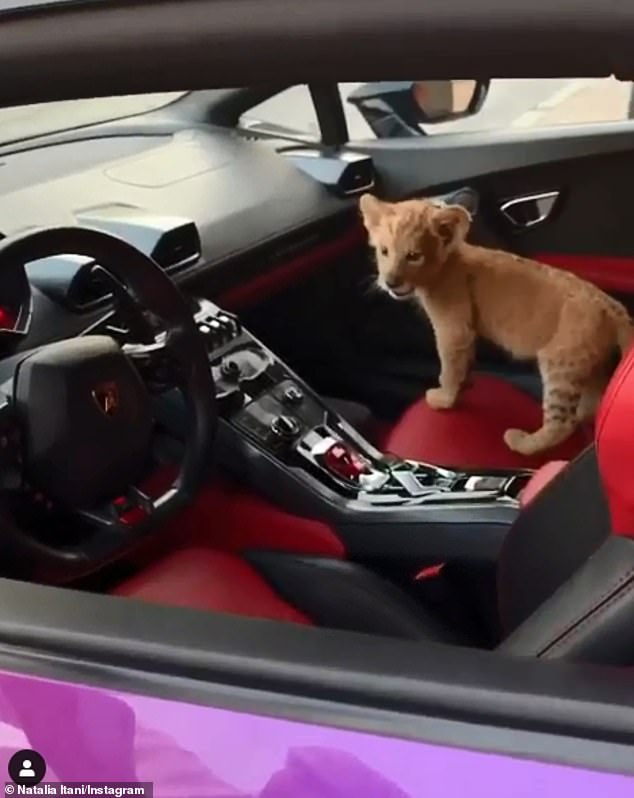 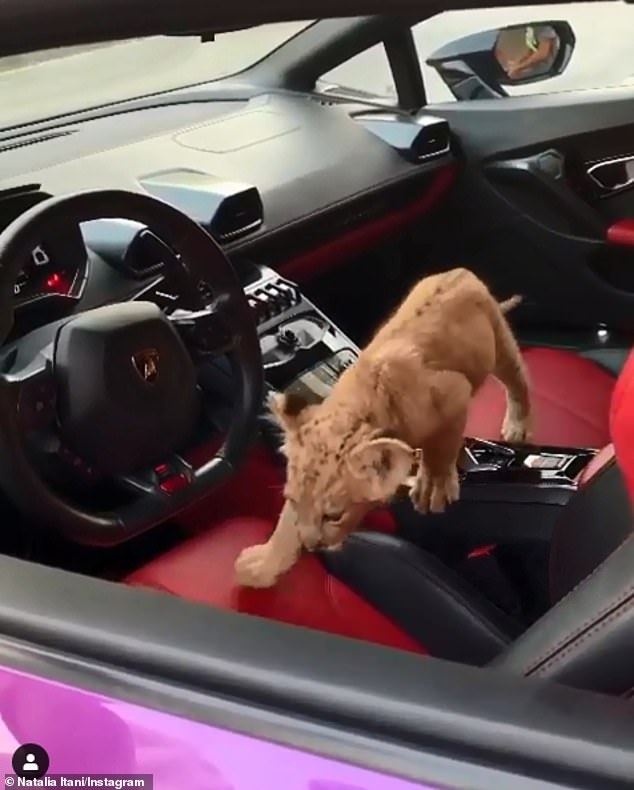 Posing in front of her luxury Lamborghini, Natalia wrote: ‘Hakuna Matata did you know? It means “no worries”… Life is too short, enjoy it while you can #blessed #lamborghini #lion #cub #myDubai.’

Calling for animal welfare officials to be called in, one angry Instagrammer wrote: ‘One should inform WWF – keeping a wild animal as a pet is an absolute disgrace!!! Most inhumane thing I’ve ever seen.’

Agreeing, another commented: ‘Am I the only one here that thinks that this is wrong??? Let the poor cub be with its family in the wild. Lions are not pets.’

As the criticism continued to mount, one Instagram user stated: ‘A lion doesn’t belong in human hands.’

Amidst all the controversy, Natalia set the record straight about the lion cub by explaining that she didn’t own it and knew that they shouldn’t be kept as pets.

In response to a fan’s question about the cub, Natalia responded: ‘He is not mine dear he belongs to someone else.

‘These are not to be kept. Only had the pleasure to click a few pics as he is still a cub.’ 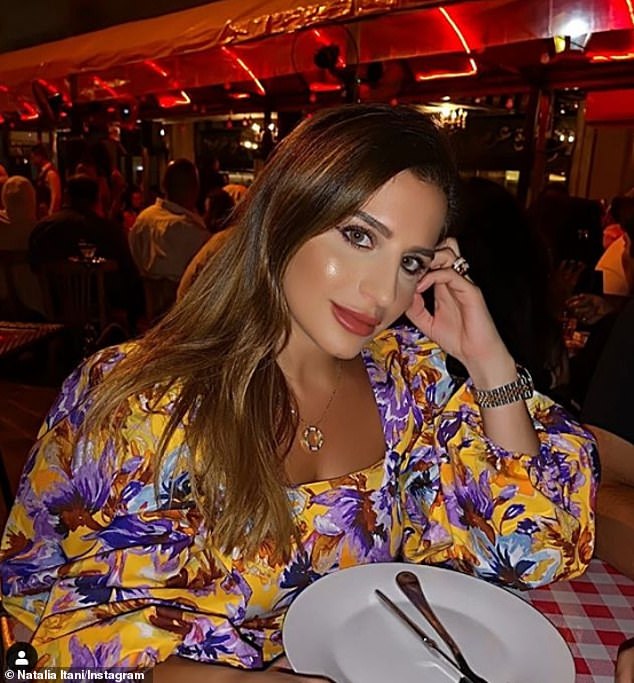 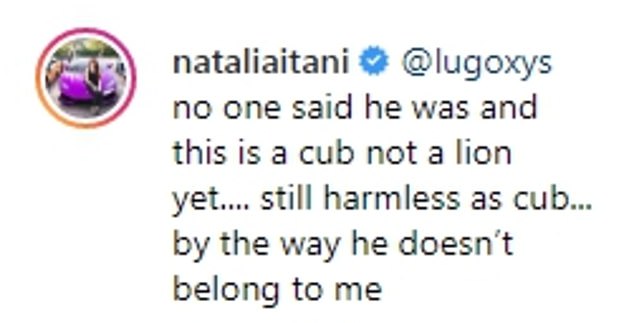 Amidst all the controversy, Natalia set the record straight about the lion cub by explaining that she didn’t own it and knew that they shouldn’t be kept as pets