Kanye West ‘likes where things are headed’ with Irina Shayk

Leave it to Kanye West’s leading lady to Shayk up our Instagram feeds with some sexy snaps.

Irina Shayk is never one to shy away from a topless Instagram shoot, so it comes as no surprise that she put on quite the show to promote her collaboration with shoe designer Tamara Mellon.

On Sunday, the 35-year-old supermodel styled her yellow “Sun Valley” sandals ($695) with a barely-there bikini bottom in a similar shade, crouching on the beach while covering her chest with her hands.

The stacked-heel shoes feature buckled straps that crisscross across the front.

Shayk followed up with another post on Monday, modeling another stringy bikini bottom — this time a white thong — with her slouchy beige “Escape” boots ($895). 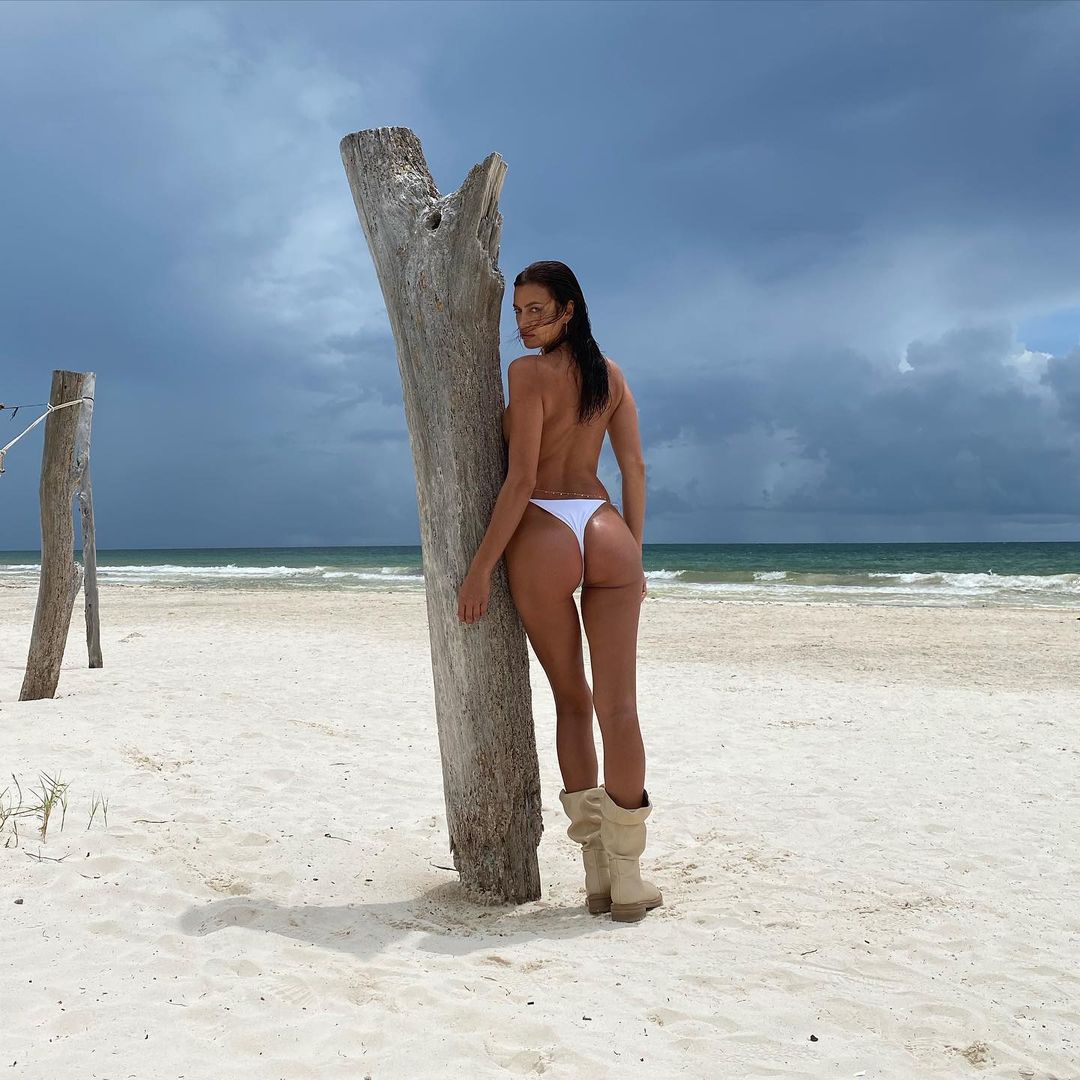 Fashion designer Marc Jacobs, who chose the catwalker to front his 2019 beauty campaign, commented “Shayk Shack,” in an apparent ode to his BFF’s buns.

Many fans couldn’t help but address the star’s on-again romance with West, 44. “Kanye is one lucky man,” one wrote, while another opined, “Way better than Kim” — a reference, of course, to the rapper’s reality-superstar ex. 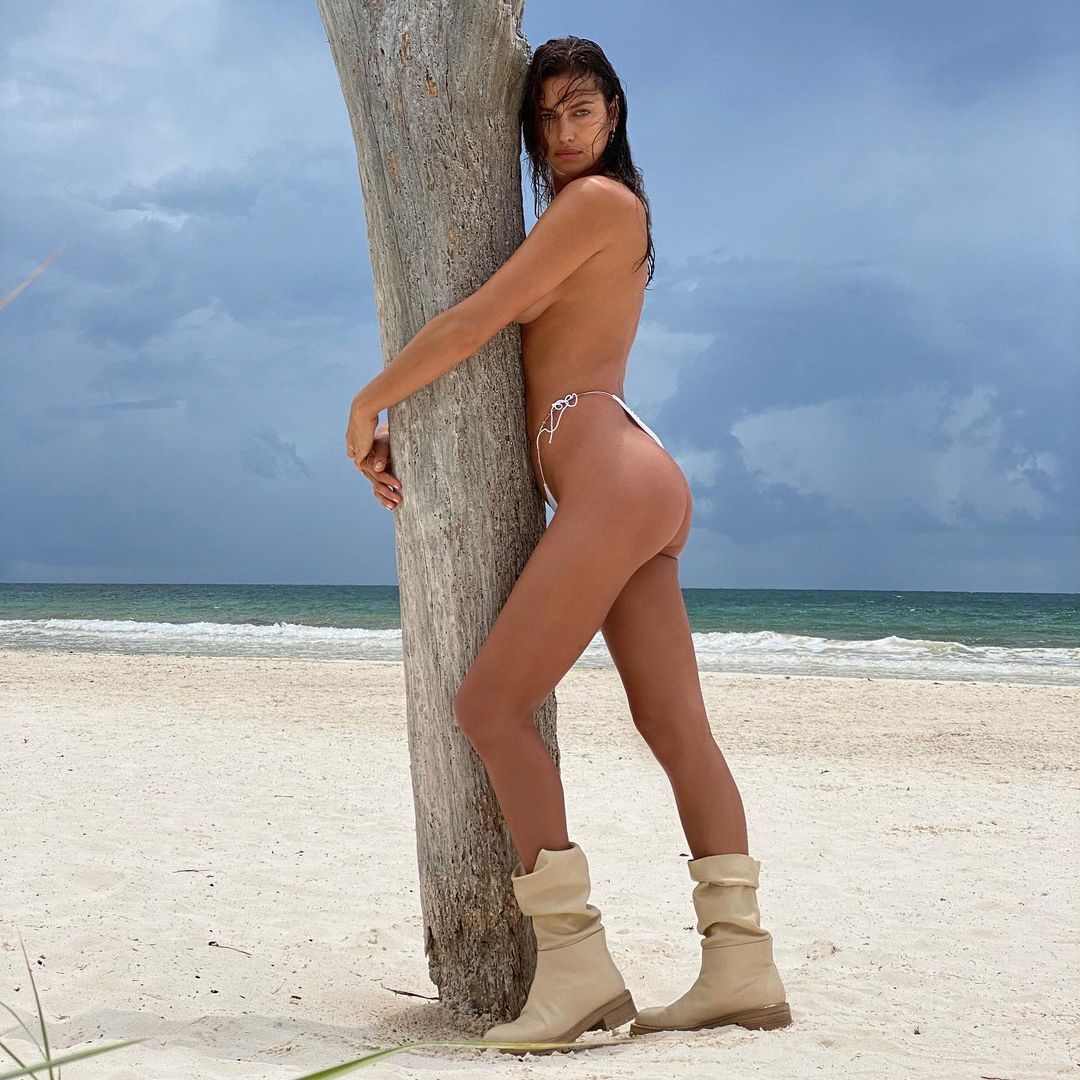 Shayk was also seen wearing the “Escape” boots while out and about with daughter Lea de Seine, whom she shares with ex Bradley Cooper, in New York City earlier this month.