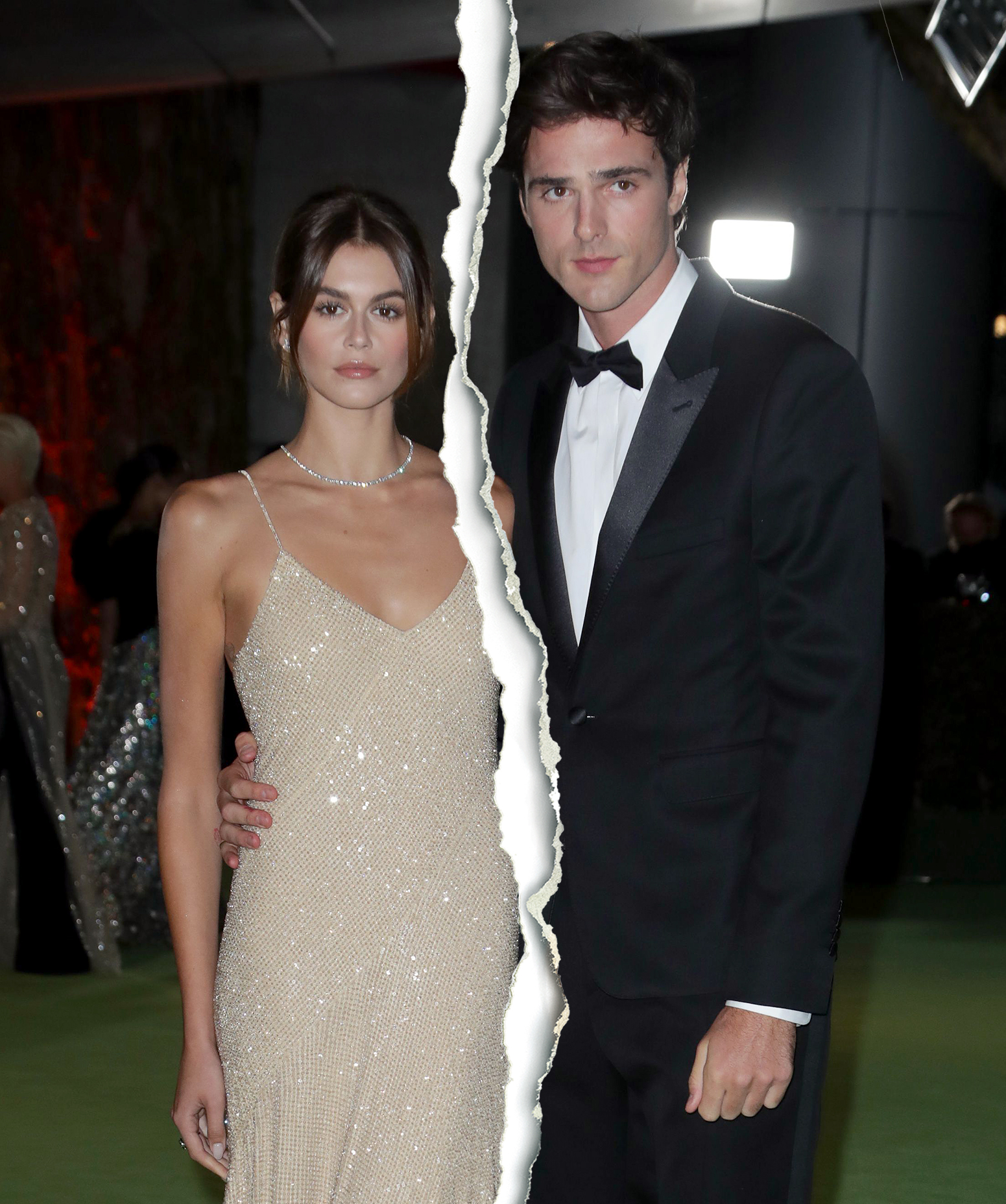 Breaking up is never easy. Kaia Gerber and Jacob Elordi have split after one year of dating, a source confirms to Us Weekly.

In Touch reported on Thursday, November 18, that the former couple’s “schedules conflicted [and] they weren’t spending much time together,” adding that “there are no hard feelings” between the now-exes.

Gerber, 20, and Elordi, 24, were first linked in September 2020 when they were spotted having dinner at Nobu in Malibu and holding hands in New York City. A source exclusively told Us at the time that the two were “newly seeing each other.” They took things to the next level later that month by vacationing with her parents, Cindy Crawford and Rande Gerber.

The Euphoria star and the model confirmed their relationship in October 2020 when they were seen kissing for the first time. “Kaia is having a lot of fun with Jacob,” an insider told Us amid the PDA. “Her family thinks he is a stand-up guy and a breath of fresh air.”

Celebrity Splits of 2021: Stars Who Broke Up This Year

The pair made their romance Instagram official in November 2020 when she shared a photo of their Halloween costumes, which paid tribute to Elvis Presley and Priscilla Presley.

As Elordi and Kaia kept their relationship low-key, a source revealed that they were enjoying their status as boyfriend and girlfriend. “They’re not rushing into anything serious like an engagement,” the insider said in April. “They’re young and want to experience life together. They’re lovers and also best friends. They’re always together when they don’t have work commitments. … It’s actually crazy how much they have in common — it was like the universe brought them together!”

The California native’s family approved of the Kissing Booth actor too. “Kaia’s parents adore Jacob and think he’s a great match for Kaia,” the source told Us in April. “Her friends have also taken a liking to him and think he’s such a heartthrob.”

Kaia made a rare comment about Elordi in her June/July 2021 Vogue cover story. “Being able to be with someone I trust, where we don’t want anything from each other, having a safe, steady relationship like that, has really opened my eyes to the possibilities of love and what it feels like to love without conditions,” she gushed at the time. “Lust is touching other people or wanting them, but love is really seeing someone.”

More recently, the duo packed on the PDA at a Met Gala afterparty and her birthday celebration in September. After a year of dating, they made their red carpet debut at The Academy Museum of Motion Pictures Opening Gala in L.A. later that month.