Back to Fraser’s Ridge! Outlander took New York Comic Con by storm with a new trailer for season 6, and the stars teased a dark future for Jamie and Claire.

From Page to Screen! TV Shows Based on Best-Selling Books

The teaser, released by Starz on Saturday, October 9, revealed that Outlander will return in early 2022. After flashing to brief, sweet moments between the fan-favorite couples of the historical drama, the clip takes a turn to hint at the struggle ahead.

Time traveler Claire (Caitriona Balfe) knows that the Revolutionary War is about to hit home, and Jamie (Sam Heughan) will need to shift alliances to be on the winning side. 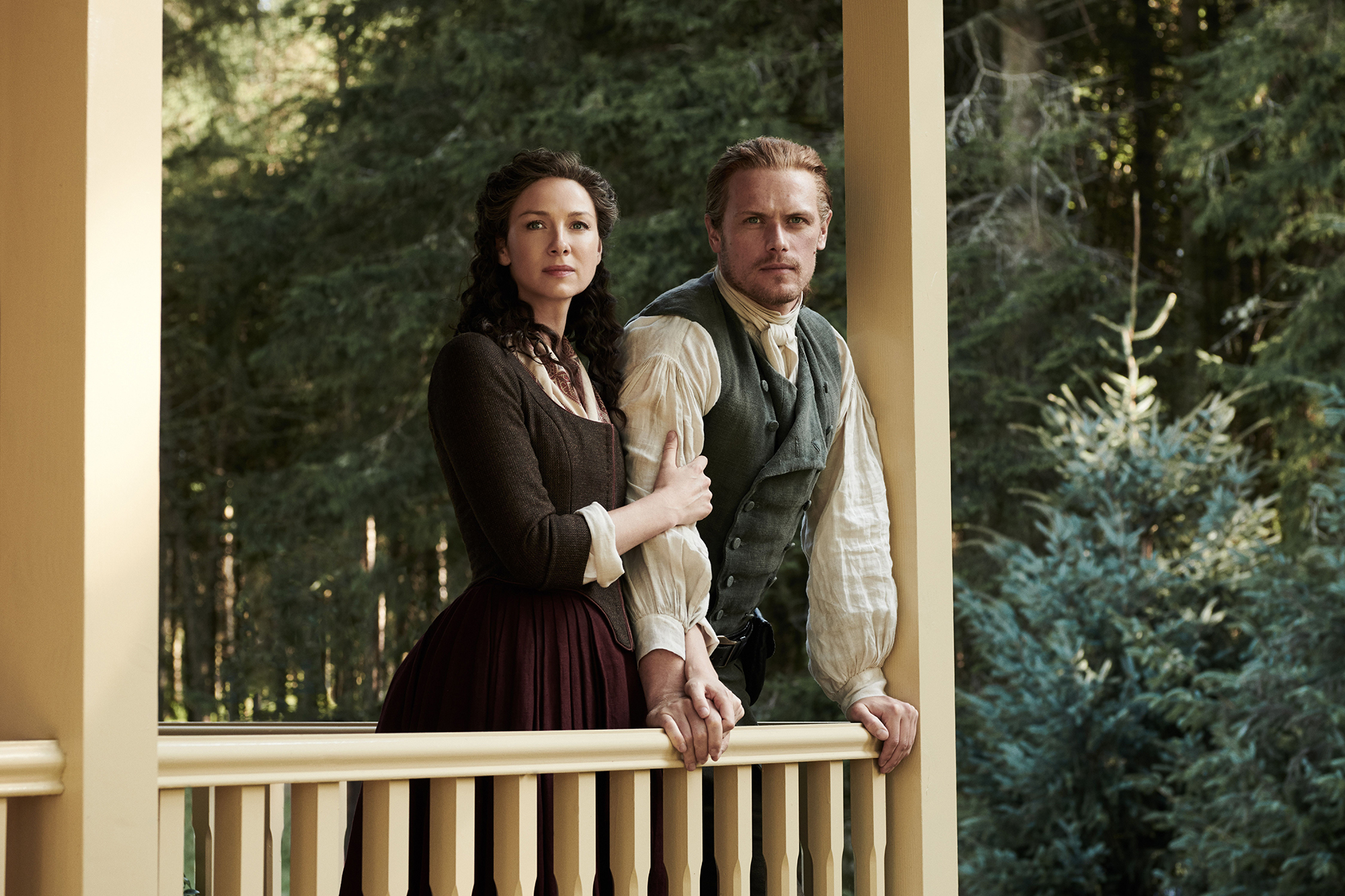 During the Outlander panel at New York Comic Con on Saturday, Heughan — whose costars joined via livestream — hinted at dark times ahead. Season 5 ended with Claire being violently sexually assaulted after she was kidnapped for publishing her medical advice under a pseudonym. Jamie saved her, but Claire’s journey to healing has only just begun.

“I think Jamie and Claire have spent a lot of time building this community [at Fraser’s Ridge] and I think this is the season where we really see that disintegrate,” Heughan, 41, told the audience at the Jacob K. Javits Convention Center in New York City.

‘The Walking Dead,’ ‘Outlander’ And More TV Shows That Have Inspired Alcohol Lines

He continued, “Yeah, Jamie went to save Claire, but I think, obviously, she hasn’t gotten over that trauma, and I think Jamie is very aware of it. He’s keeping an eye on her, and I think these cracks are really starting to show — not only for Jamie and Claire but for the rest of the inhabitants of Fraser’s Ridge. The war is coming.”

There will be new adversaries causing trouble on the home front in the sixth season. Tom Christie was one of Jamie’s fellow prisoners at Ardsmuir in Scotland, and his family will bring plenty of drama when they settle down in Jamie and Claire’s territory. 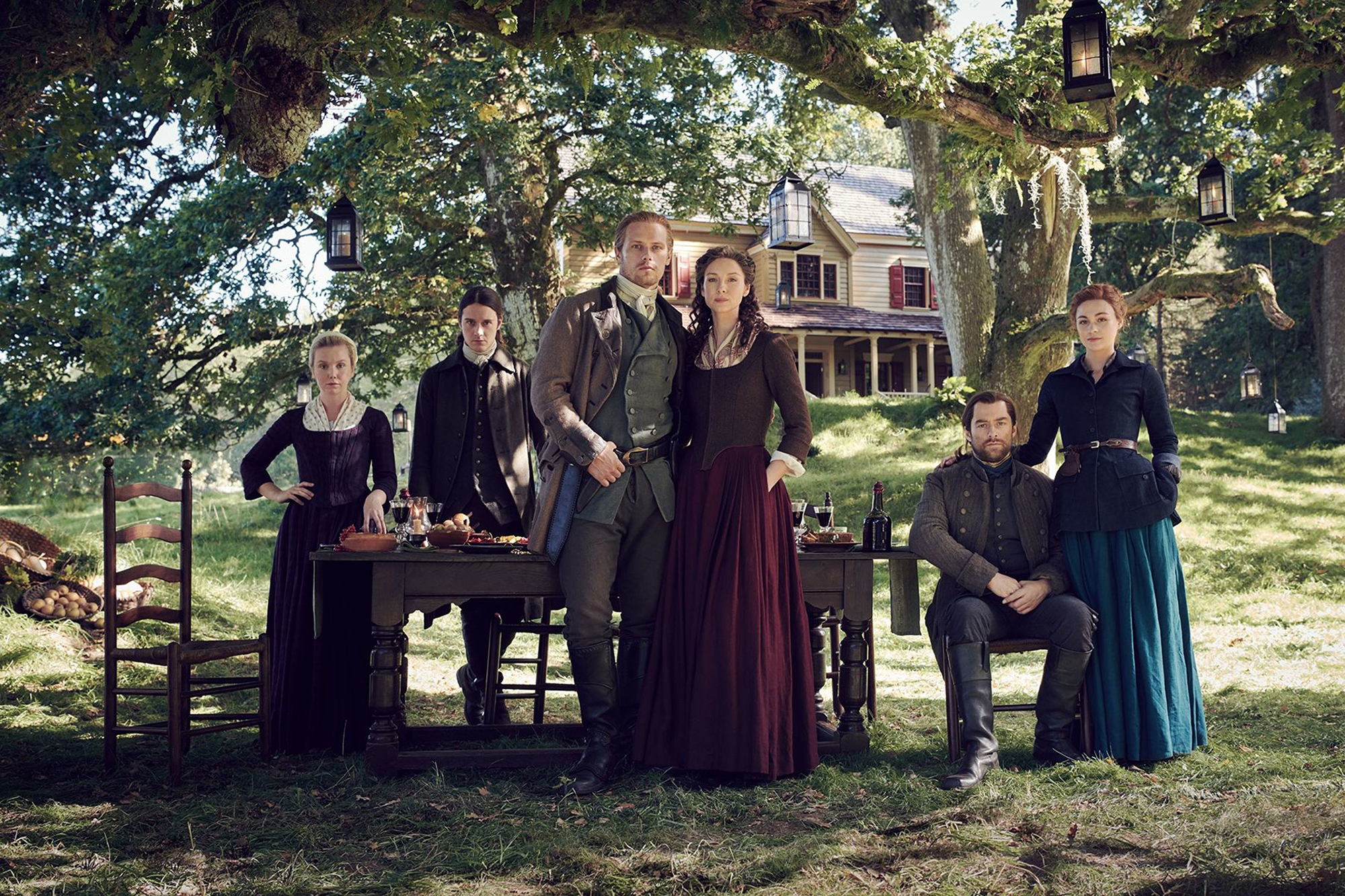 “We have this family, the Christies, that arrive at the Ridge, and they initially are integrated into the new community, but very soon we start to see a lot of the history that’s between Tom and Jamie really get under the skin of everyone,” the Scottish actor added. “And it starts to sort of disintegrate or decay what Claire and Jamie have built at Fraser’s Ridge.”

Heughan promised fans that they’ll be entertained, even if the Christies ruin Jamie and Claire’s peaceful period on the Ridge.

True Love! Celebrities Who Found Best Friends in Their Costars

“They’re such a weird little family, on and off screen,” the Sassenach Whisky founder teased. “You’re going to love and you’re going to hate them.”