JAN MOIR: Regular listeners will know that Ken Bruce’s departure is the latest in a series of blows as favourites exit stage left… Why is the BBC ashamed of its radio golden oldies, however loved they are?

After four decades Ken Bruce is to leave the BBC and Radio 2. It is worse than Smashy and Nicey being kicked upstairs to Radio Quiet, and we all know that was quite lidderally the worst thing that ever happened in radioland, right mate?

Ken is, by some margin, the most popular radio broadcaster in the country. Fads come and go, trends blow in and are swiftly ushered back out again while broadcasting fashions bring shock jocks, zoo formats, chat shows, confessionals and everyone and her brother podcasting like crazy.

In the midst of this, Ken sails on; unassailable, unflappable, unchanging — and inordinately loved by his listeners.

Nine million of us tune in every morning, soothed by his relaxing presence and his peaty voice, with its hint of malt whisky bubbling over the smooth pebbles of pop. And now this! We are losing Ken, we are losing PopMaster, along with the fluttering ribbon of contestants who have taken part over all these years. And surely not just for the chance to win a smart speaker or a T-shirt or a CD wallet, wowee — but for the chance to commune with Ken, to connect with the great man himself. 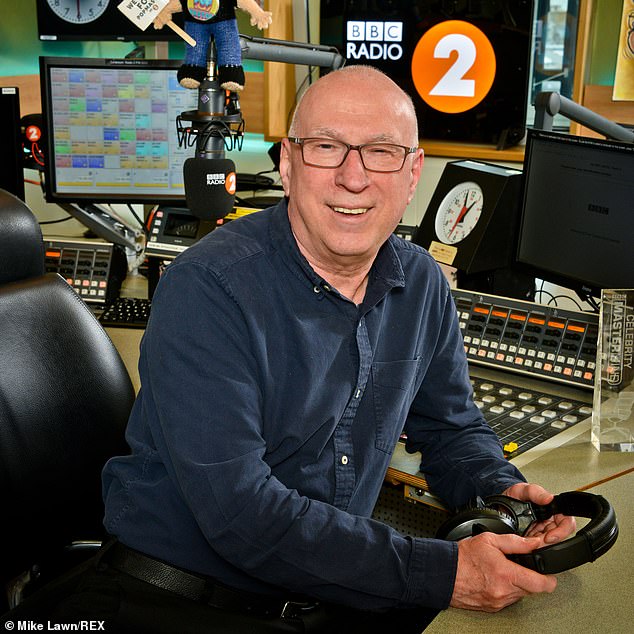 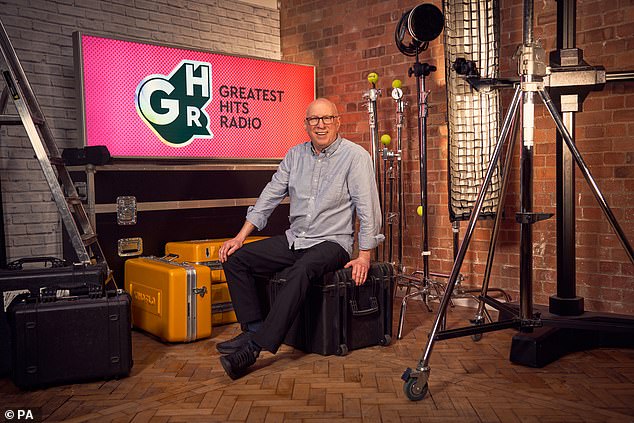 This morning, as he was playing ‘some beautiful steamy sounds’ from Kate Bush and a new recording from ‘the great Peter Gabriel’, fans were adjusting to the shock news.

Some felt betrayed — but not for long. For Ken had revealed that the week after he leaves the BBC in April, listeners can find him between 10am and 1pm on Greatest Hits Radio, along with his bonus questions and his Tracks Of My Years and his usual air of avuncular authority. Hurrah! All it will take is a twiddle of the dial and we will be, as Ray Charles once put it and Ken once played it, together again. But this is a catastrophe for the BBC and Radio 2 — how could they lose him, how could they let it happen? In terms of the station’s lustre, it is like the Koh-i-Noor being winkled loose from the crown, it is a Big Mac sans meat, it is — well you get the picture. Whatever it is, it is not good news for the BBC.

Regular listeners will know this is the latest in a series of blows as much-loved favourites exit stage left, leaving the inescapable conclusion that the BBC is losing talent more quickly than it can be replaced.

Simon Mayo is already on Greatest Hits, the giant commercial station owned by Bauer Media. Chris Evans, of course, left the Radio 2 Breakfast Show and moved to Virgin in 2019 — replaced by Zoe Ball, something many never got over.

Meanwhile, star turns such as Paul O’Grady, Vanessa Feltz and Graham Norton have also gone elsewhere, while Radio 4 has lost Eddie Mair, Jane Garvey, Fi Glover and the irreplaceable John Humphrys, while Emily Maitlis and Jon Sopel are among those who have also left the Corporation in the last few years. Radio 2 controller Helen Thomas has been in the job for two years and while a big question mark hangs over her butterfingers stewardship of the station and its stars, the exodus can hardly be all her fault. Perhaps it is more a failure of the Beeb’s shiny new corporate philosophy. 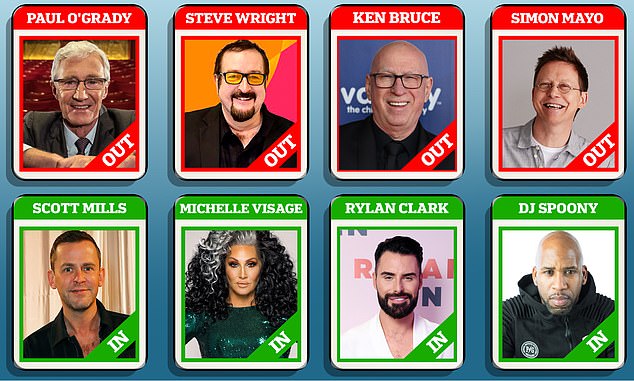 For it feels as if the BBC doesn’t value radio as much as it once did. And even when it does, the national broadcaster seems all too keen to sacrifice the habits and preferences of its older audiences in a desperate chase to capture and pander to the youth market.

Reduced budgets have their part to play in diminished local radio stations and the talent void at national level, but something far deeper seems amiss. These days I can’t help but suspect a tacit embarrassment, a kind of in-house cultural cringe at the number of old white guys still at the microphones — no matter how loved they are or how well they serve their audience.

Ken Bruce has a personality and a voice that spans generations. Like Terry Wogan and others before him, he represents a kind of broadcasting magic, a touchstone for the 50-plus age group who grew up with him. I like him very much because he somehow manages to have a strong and companionable broadcasting presence without ever pushing himself onto listeners or forcing his personality into your day, your ears, your home, the sanctity of your life.

He is smart and clever but he wears it all so lightly; a tuba among the shrill tin whistles, a mollifying master among the gobby show-offs. No wonder commercial radio was so keen to snap him up.

Losing Ken Bruce is surely another sign that the Corporation is increasingly an awkward fit for the modern age. Hidebound by its own dogmas, it seems to lionise and richly reward all the wrong people, while the real nuggets of gold slip away one by one. And that’s very far from poptastic.

Is Greta smug as a bug in a rug? 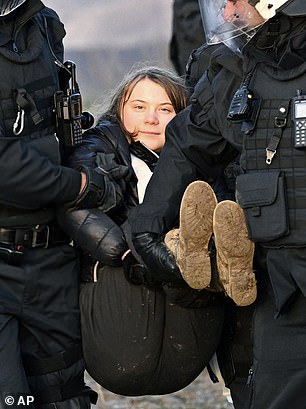 Students of human nature, pay attention. Please describe the expression on Greta Thunberg’s face (right) when she was carried off by police during a demonstration against a coal mine in Germany this week.

a. Secretly pleased, trying not to show it

b. Secretly pleased, didn’t care who knew it

d. Smug as a bug in an ethically tufted rug

f. All of the above.

The grandson of legendary circus showman Billy Smart ended up sleeping rough in his car after racking up £9 million in debts and getting evicted from his 12-bedroom Georgian country home, a court heard this week. Billy Jay, 49, began life with a big top full of opportunity — but a string of calamitous business decisions left him with nothing. Clogs to clogs in three generations? Never has the old Lancashire saying seemed more appropriate. 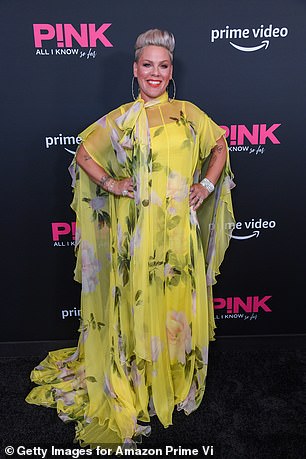 The popstar Pink has paid fulsome tribute to Jacinda Ardern, who has just resigned as Prime Minister of New Zealand.

‘There will never be another like you,’ says Pink, but how can she possibly know? She foams on: ‘I have watched you shine uniquely and bravely from afar. Thank you for showing the rest of the world what’s possible.’

Huh? Has Pink been paying attention to the news? No, she’s just another luvvy dazzled by Jacinda’s bevelled knack for trite, Markle-like soundbites and big gestures. Yes, it was a powerful statement when Jacinda wore a hijab to show empathy following the 2019 attacks on two Christchurch mosques — thus earning the undying devotion of people like Pink for ever.

But half of New Zealand’s voters are furious with Ardern for imposing a totalitarian Covid lockdown that will have repercussions for years.

Her economic record isn’t much better either, but that doesn’t stop JA from being a pin-up of the Left.

She wasn’t all bad, but it takes more than ‘headscarves for harmony’ to leave a legacy that really matters.

ITV boss Dame Carolyn McCall was on the wrong side of history when she sacked Piers Morgan after he refused to apologise to the Duchess of Sussex for calling her a liar. When it turned out that a great deal of what she had claimed was indeed untrue, did the Dame do the decent thing and apologise to Piers? No, because as we all know, Sorry Street is a one-way thoroughfare in the kingdom of woke.

Now, McCall says she has ‘no commitments’ to keeping Jeremy Clarkson on as Who Wants To Be A Millionaire? host when his current contract runs out. Who knows what will happen, but William Hill have already opened a book on his successor.

Warwick Davis and Victoria Coren Mitchell lead the odds, with Susan Calman and Sandi Toksvig close behind. Dear God. No, no, no and NO. Jeremy has used all his lifelines, but would it be a marvellous victory for common sense if he was left in post? I’d like to phone a friend on that one.

And the award for best wardrobe goes to… cashmere clad Cate

Cate Blanchett says acting awards are ridiculous. ‘They are a complete horse race,’ she said, but just watch her gallop towards the podium to collect one.

Darling Cate has a cabinet full of trophies and will surely gain even more for her bravura portrayal of Lydia Tar in the Oscar-tipped Tar.

Loved the film, but loved Lydia’s wardrobe even more. She is a famous conductor with a maestro’s style and swagger — and a cashmere coat from The Row that cost £10,000. I know! It ate up nearly all of Lydia’s clothes budget, but ‘it was the best coat ever’, said the film’s costume designer.

It was indeed a beauty, but everything on The Row label is whimperingly expensive: £1,200 polo necks, a £600 crepe midi skirt that looks like something my maths teacher used to wear.

But Cate is a fan and wears the label in real life, see above. Who else but award winners can afford it? 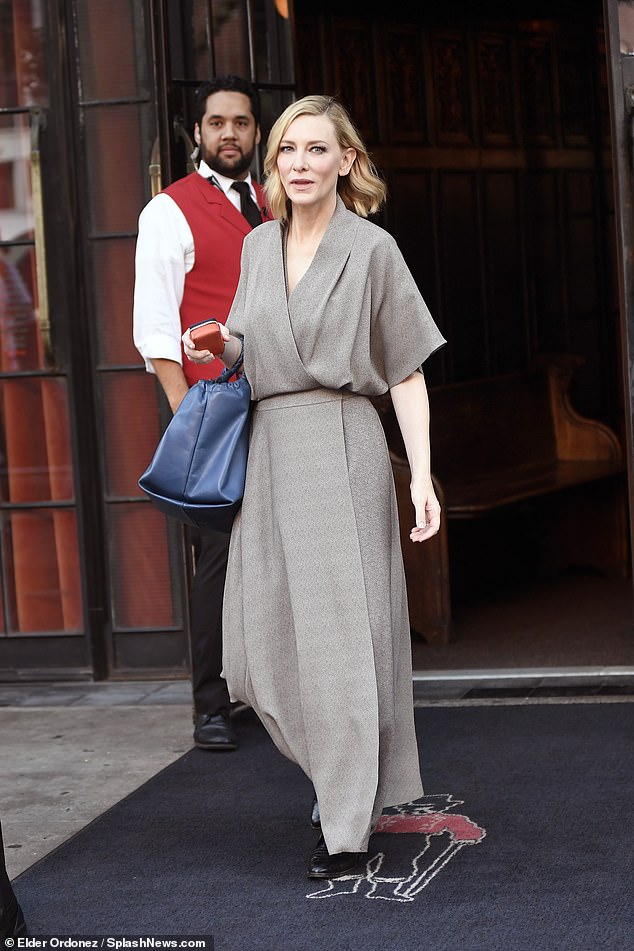 Cate Blanchett, pictured leaving a New York City hotel, will surely will surely gain even more acting awards for her bravura portrayal of Lydia Tar in the Oscar-tipped Tar

The row in Scotland rumbles on, with Nicola Sturgeon pushing forward a Bill that would allow gender self-identification at the age of 16, and Rishi Sunak refusing to endorse it, while SNP supporters rub their hands with glee at what they see as a modern-day Bannockburn. All I can see is a leader stoking constitutional grievance for her own political ends.